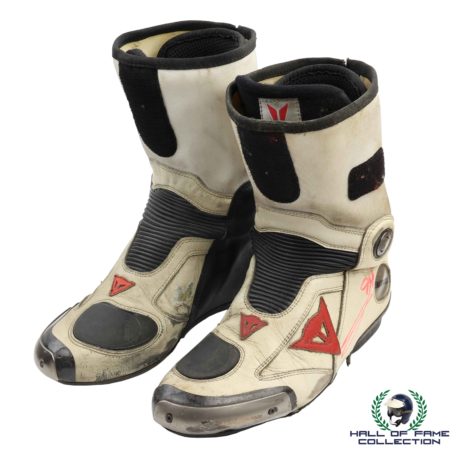 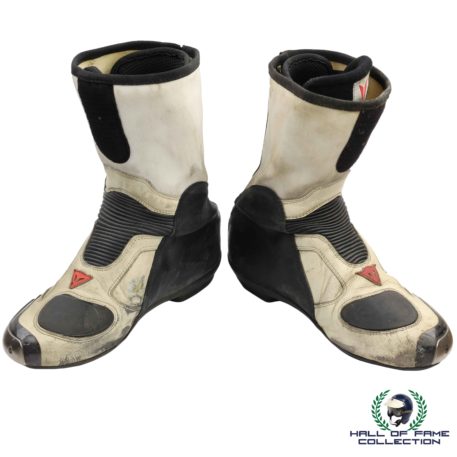 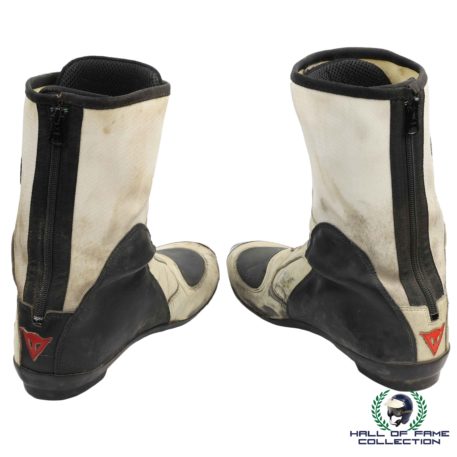 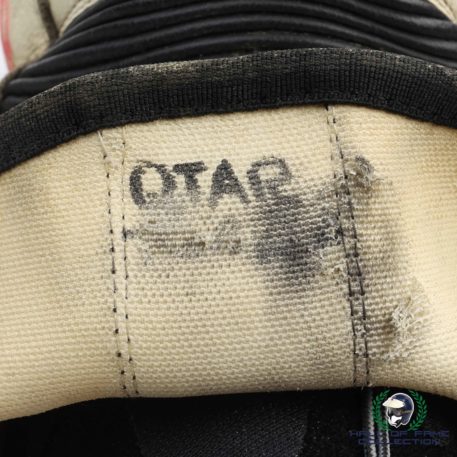 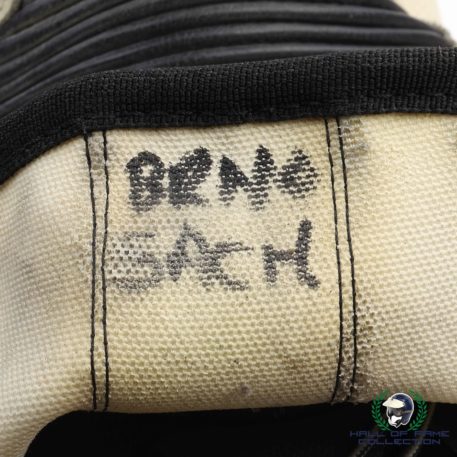 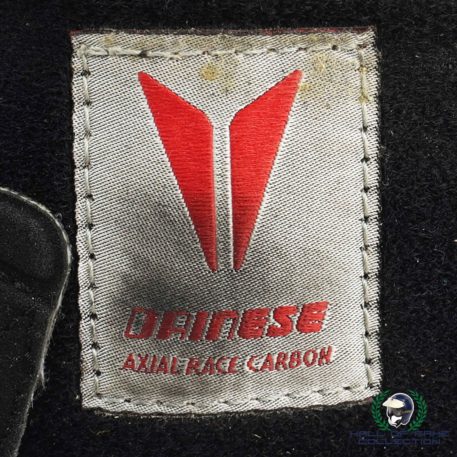 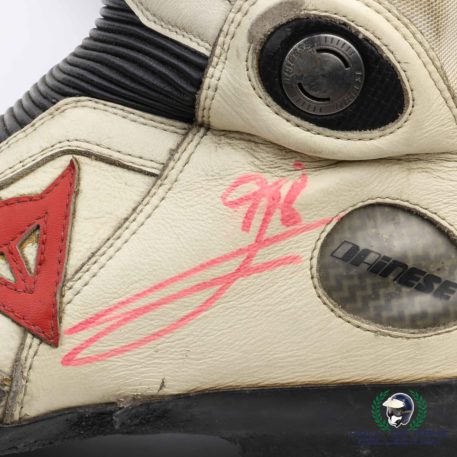 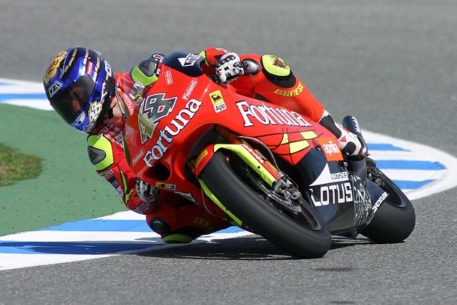 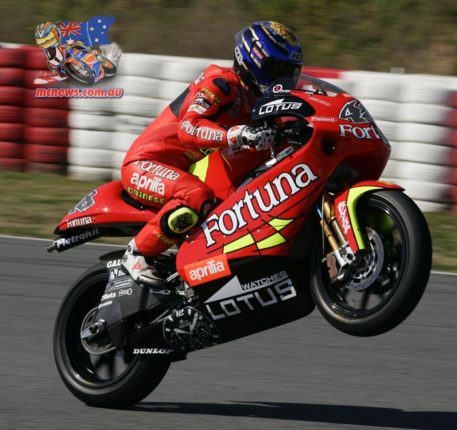 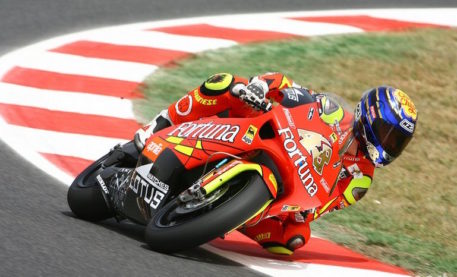 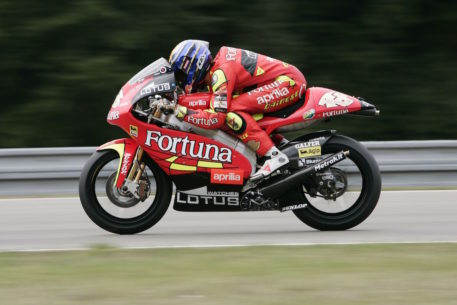 These race-worn Dainese motorcycle racing boots are from Jorge Lorenzo’s championship season in 2006, when he won the 250cc World Championship riding for the Fortuna Aprilia Team. The boots were race used in several races that season including Qatar (winner), German GP (3rd place), Czech GP (winner) and a least one other round. This was hand documented by Lorenzo in the boots at the time.

Jorge Lorenzo is a Spanish Grand Prix motorcycle racer who announced his retirement from road racing competition in late 2019. He won the 2006 and 2007 250 cc World Championships, and the 2010, 2012 and 2015 MotoGP World Championship. In the premier class he rode exclusively for factory teams, riding for Yamaha from 2008 to 2016, for Ducati from 2017 to 2018, and for Repsol Honda in 2019. During a difficult 2019 plagued by major injuries, he announced that he would be retiring at the end of the 2019 season after only one year at Repsol Honda. His titles aside, Lorenzo finished as championship runner-up in the premier class on three different occasions. In 2012, Lorenzo became the first Spanish rider to win multiple premier class titles and, with 68 career wins, is sixth on the all-time wins list.

The boots come signed and come with a Certificate Of Authenticity.