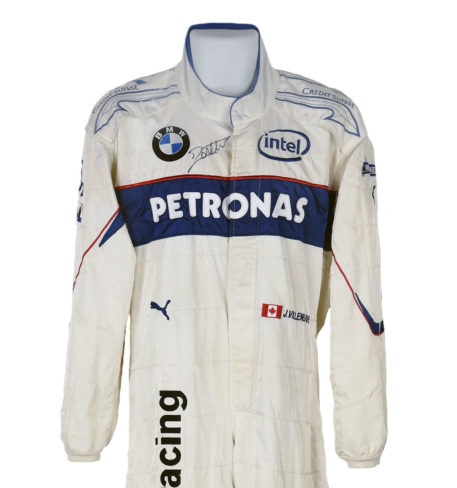 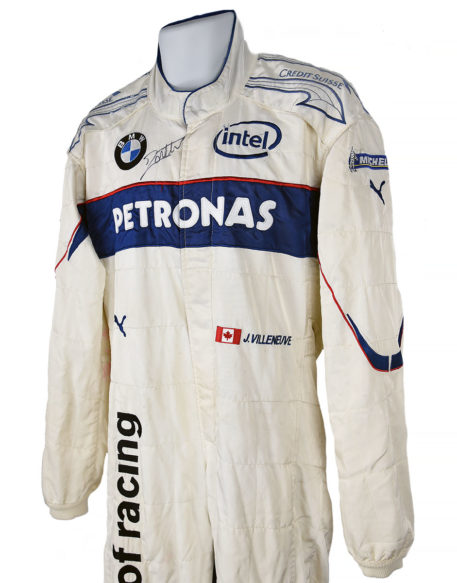 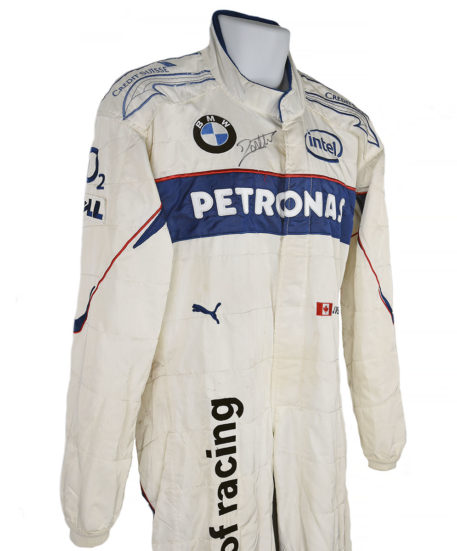 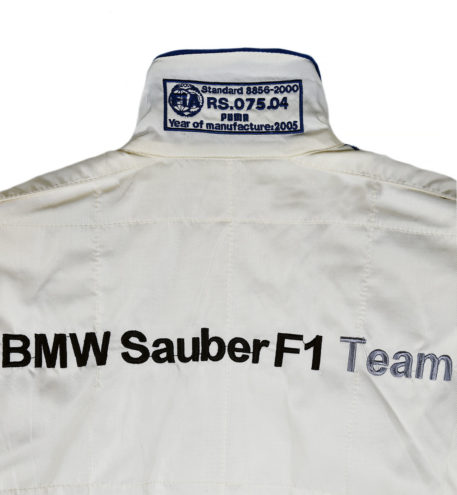 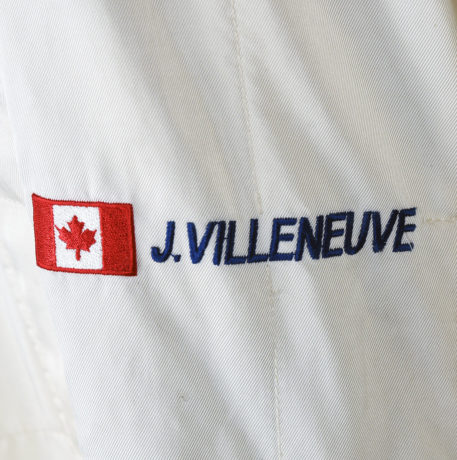 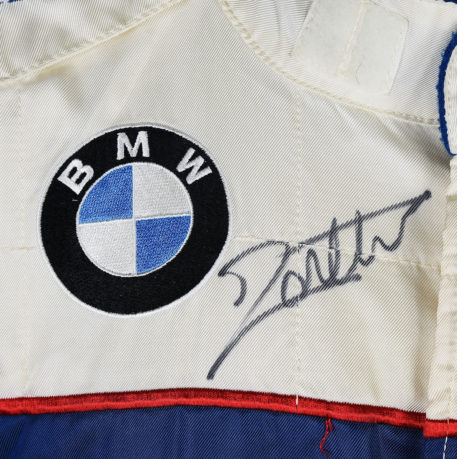 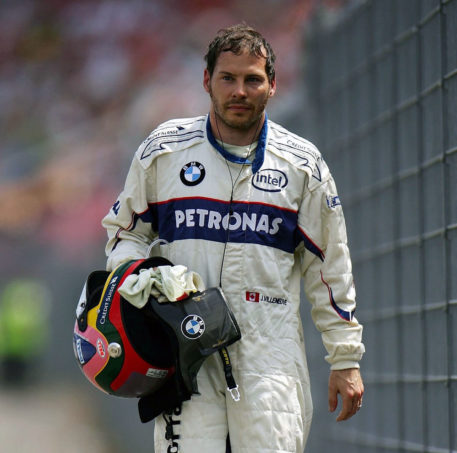 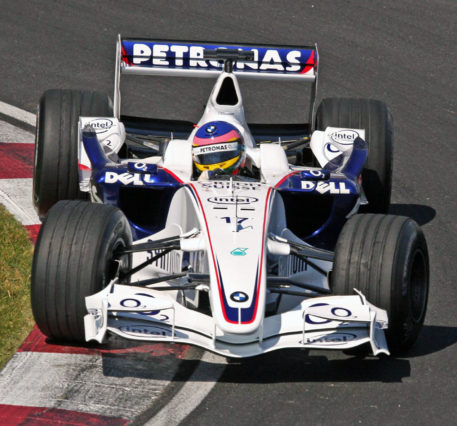 Puma race suit worn by Canadian driver Jacques Villeneuve in his final season competing in Formula 1. The former IndyCar and Formula 1 World Champion was to drive for the BMW Sauber F1 Team for the 2006 season. BMW had acquired and taken over the running of the Sauber F1 team at the end of the 2005 season and they retained Villeneuve who was already contracted to Sauber. He had four points-scoring finishes during the 2006 season in the eight races he managed to finish. At the Germany Grand Prix Villeneuve had an accident in which he was injured and that caused him to miss the next few races. By the time he was fit enough to drive again the team’s test/substitute driver, Robert Kubica, had shown his potential and the team decided to keep him in the seat and parted company with Villeneuve by mutual consent.

The white suit has a wide blue band, top-edged in red, across the chest. On the left side is an Intel branding logo and a BMW emblem. Within this band is team sponsor Petronas lettering in white. Down the right leg of the suit are the words ‘The essence of racing’. On the suit’s back there is a blue section, edged in red, on the inside of the legs and seat of the suit, with BMW Sauber F1 Team lettering across the shoulders. The arms have red and blue flashes and branding logos from Michelin, Dell, and O2. Villeneuve’s name and national flag are embroidered on the left hip. Jacques Villeneuve has personally signed the suit next to the BMW emblem on the left chest.

The suit is from his personal collection and comes with a full Certificate Of Authenticity.