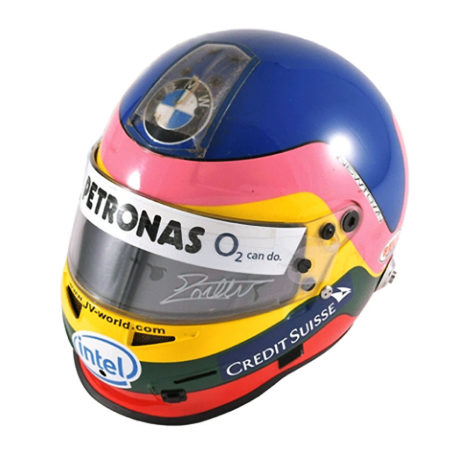 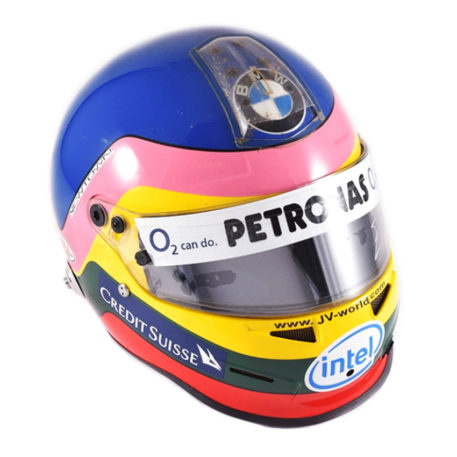 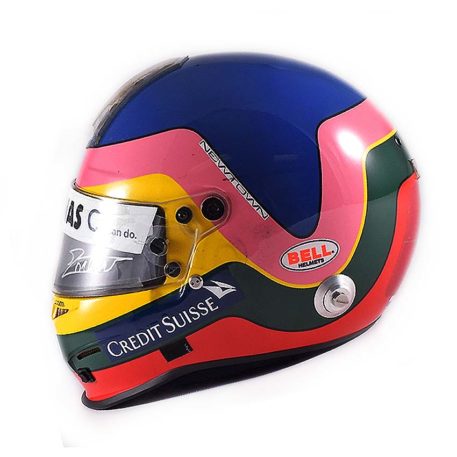 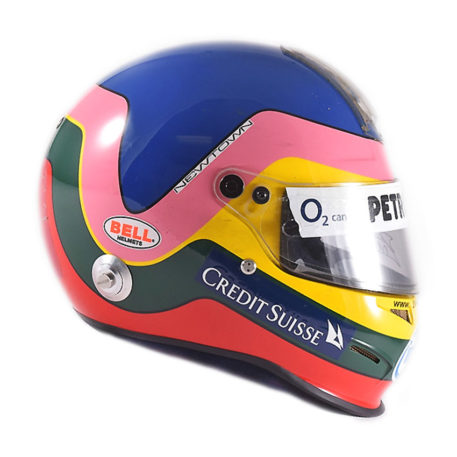 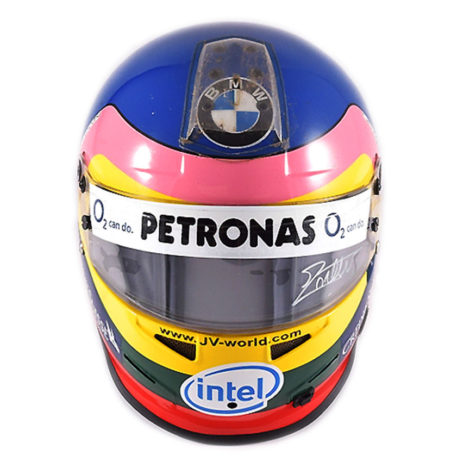 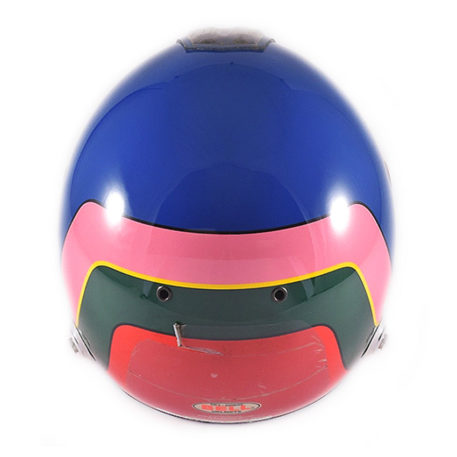 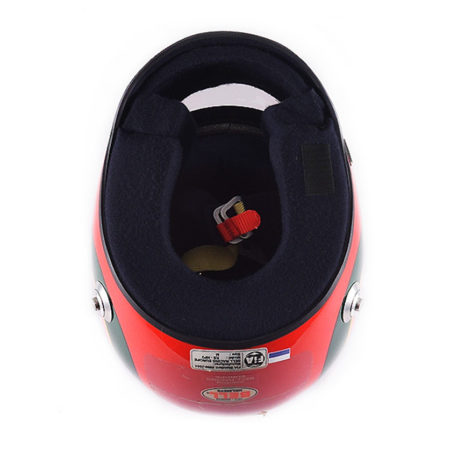 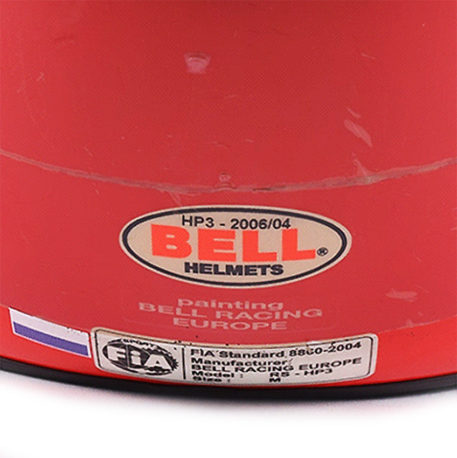 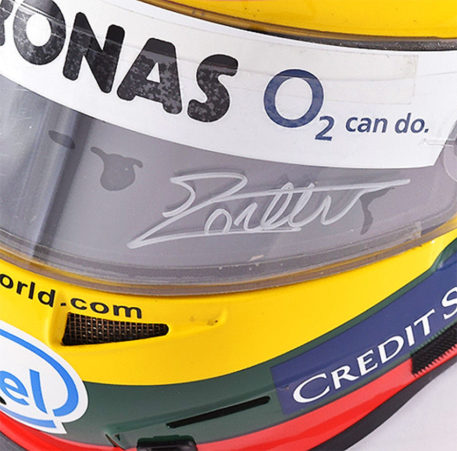 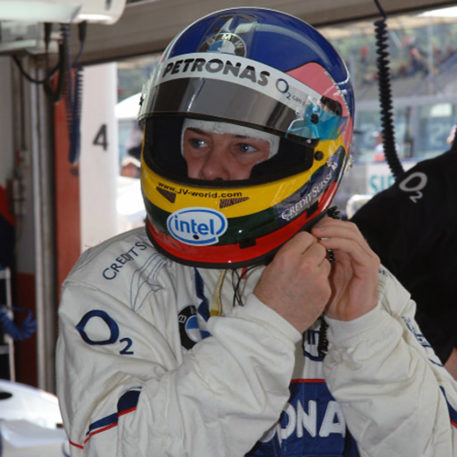 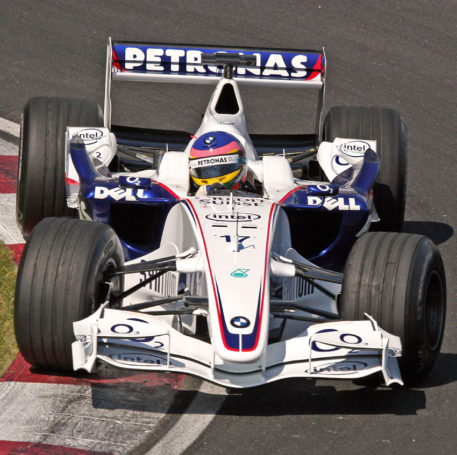 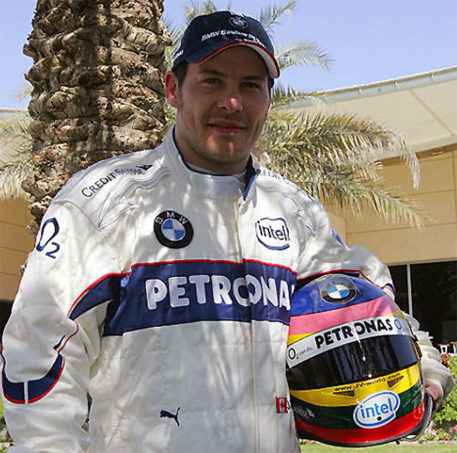 This Bell HP3 helmet was used by former F1 World Champion Jacques Villeneuve in his eleventh and final season in the Formula 1 Championship. Villeneuve who was in a second year with the Sauber team, had raced in twelve races when a crash in Germany saw him injured and replaced by Robert Kubica. Villeneuve decided to part company with the team thus ending his F1 career.

This helmet has Jacques’ traditional red, blue, yellow and pink paint scheme painted by Bell Racing Europe. It also has also had the flag of San Marino decal attached to the back, noting it was one of the helmets worn during the 2006 San Marino Grand Prix in Imola, Italy. Sponsor decals from Petronas, Intel, O2 and Credit Suisse have been applied. It shows heavy use with a number of small chips in the paint. The drink tube has been drilled out and the Hans clips remain intact A single tear-off remains attached to the race visor where Villeneuve has signed his signature. This helmet is from Jacques Villeneuve’s personal collection and will comes with a full certificate of authenticity.