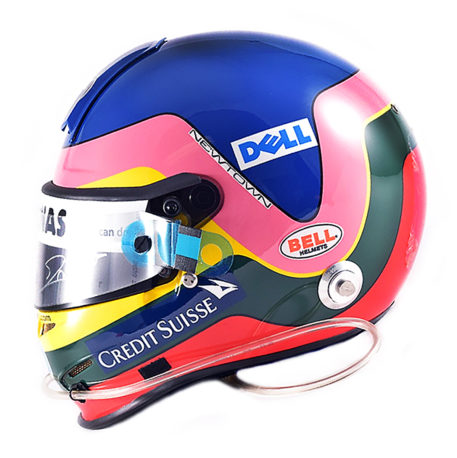 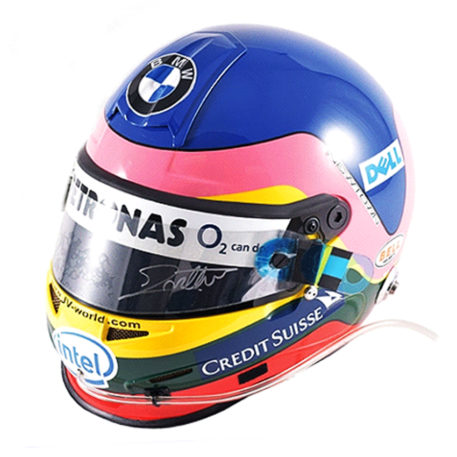 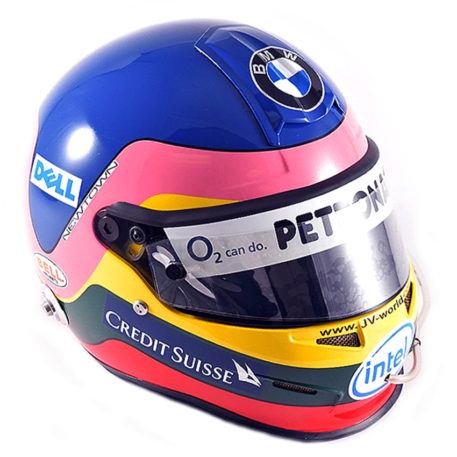 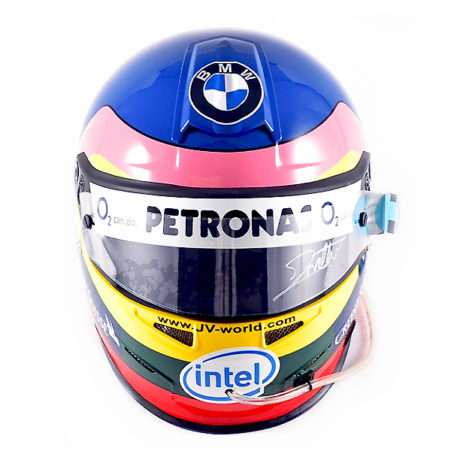 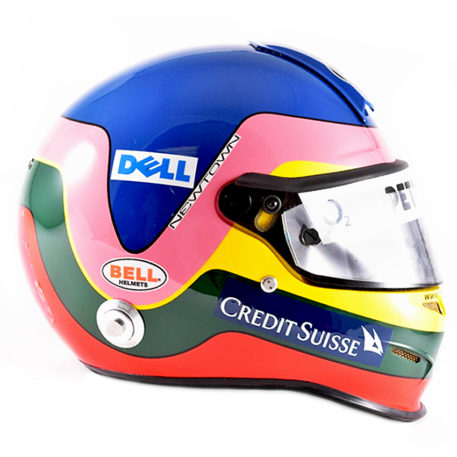 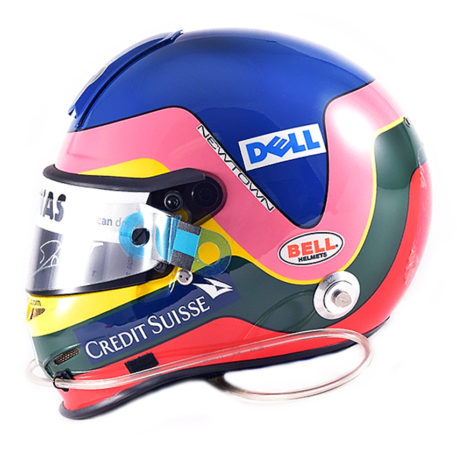 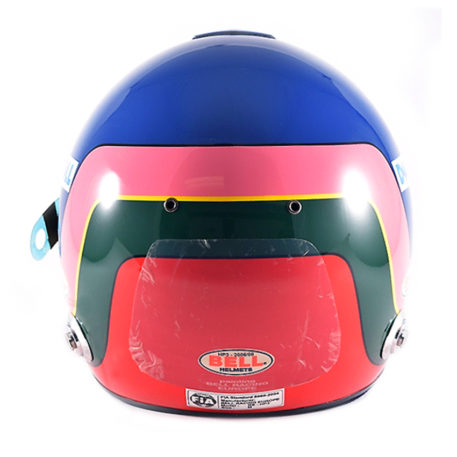 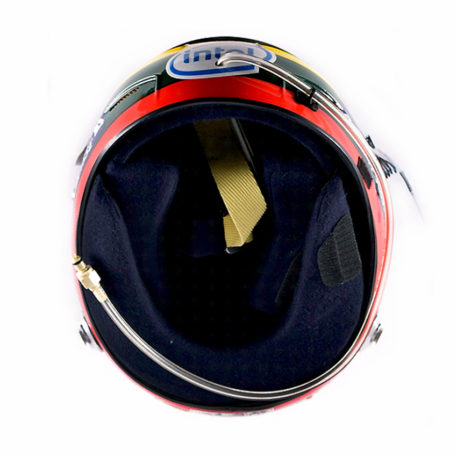 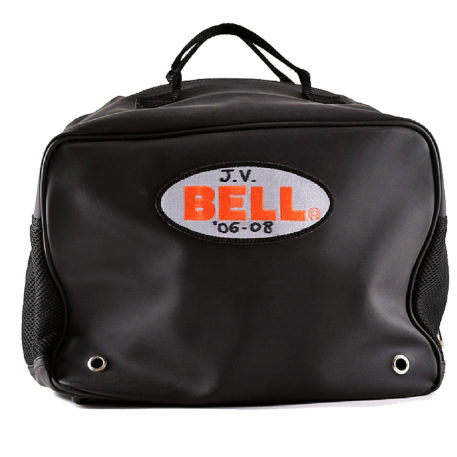 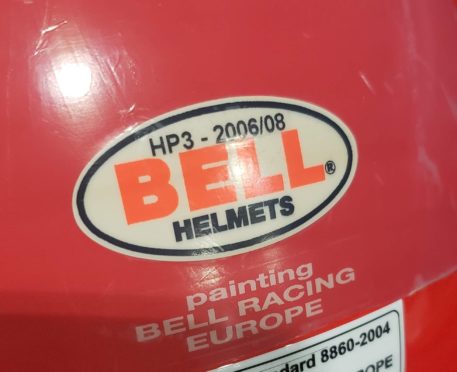 Used in his final F1 season in 2006 while driving for the BMW Sauber Team. Villeneuve competed in only twelve out of eighteen races for the season due to sustaining an injury at the German Grand Prix which would be the last Formula 1 race in which Villeneuve would partake.

The helmet has Villeneuve’s traditional paint scheme as used throughout his career. A drink tube and HANS clips are attached and helmet shows shows light in car wear. There are sponsor decals of Petronas/Dell/ and Credit Suisse applied. It also has a number of visor tear-offs attached which Jacques Villeneuve has personally signed the top one. It comes in its original Bell Helmets carrying bag with “J.V. 06-08” handwritten on the Bell logo patch. This helmet comes from Jacques Villeneuve’s personal collection and comes with a full Certificate of Authenticity.