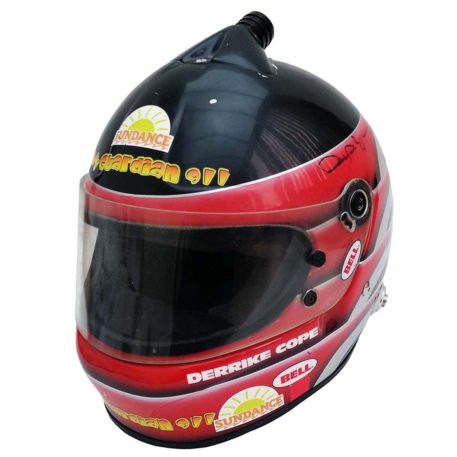 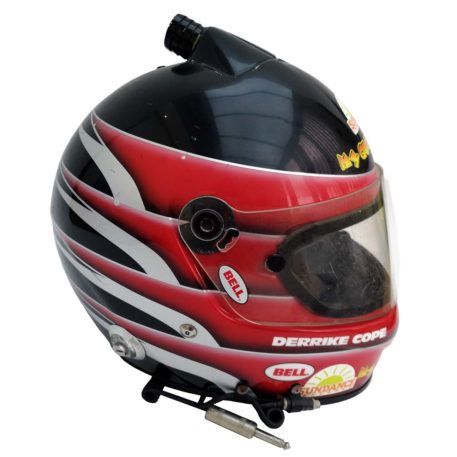 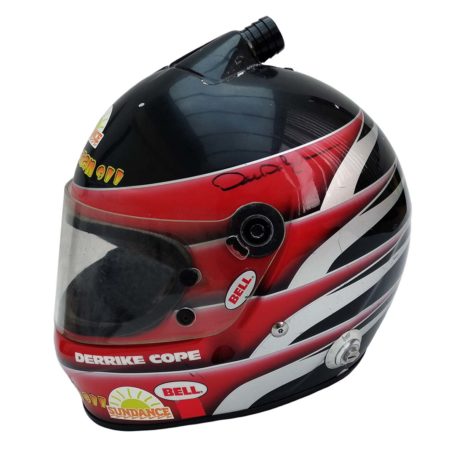 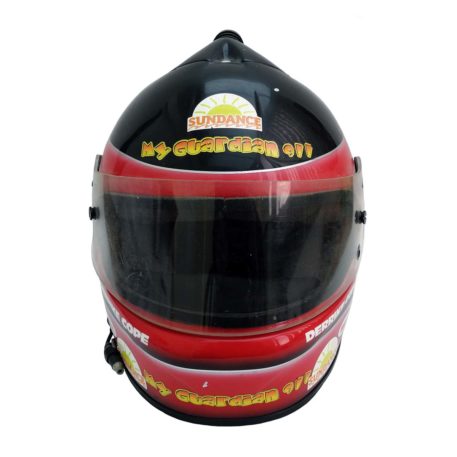 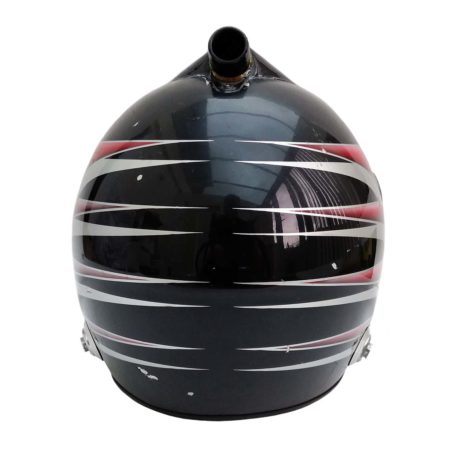 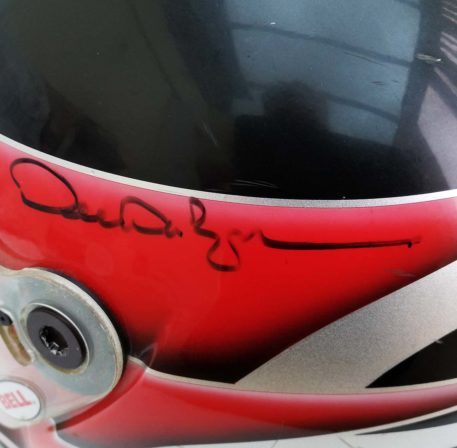 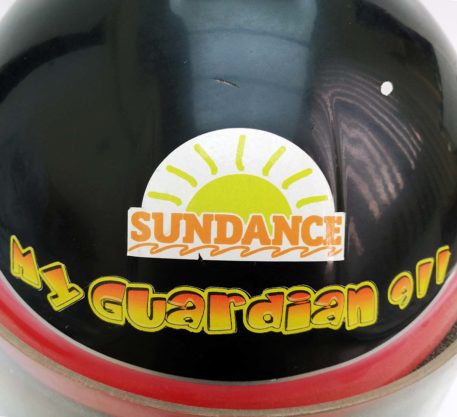 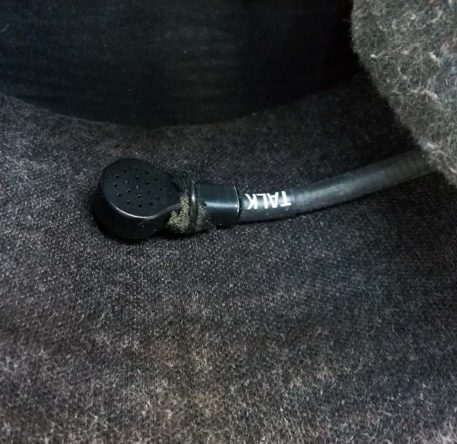 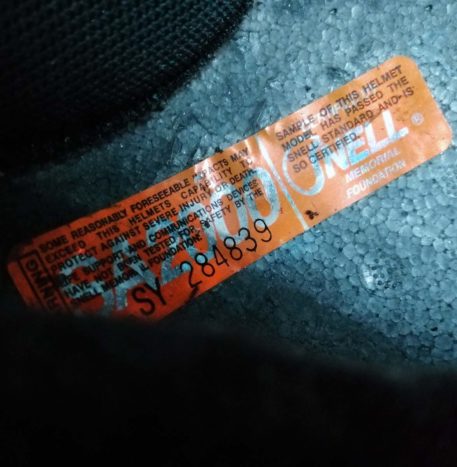 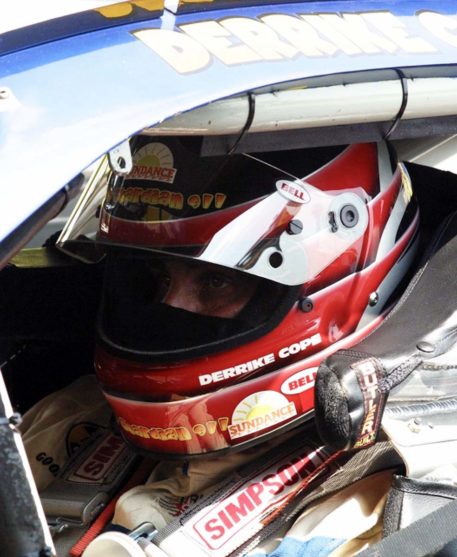 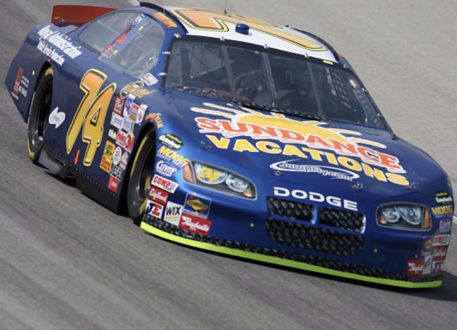 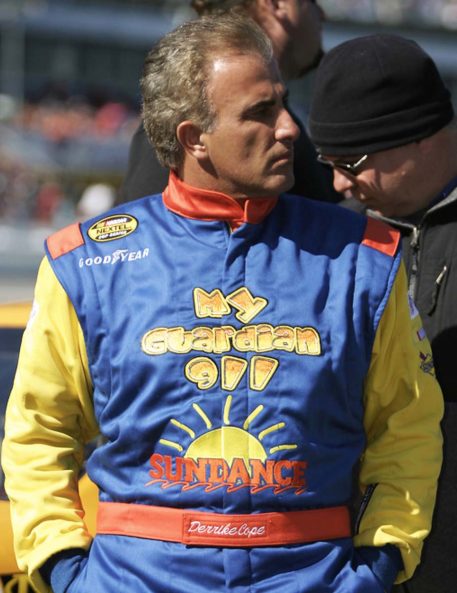 Race-used NASCAR helmet worn by stock car driver Derrike Cope. The veteran racer Cope has been in professional racing since 1982, mainly driving in numerous NASCAR series. The highlight of his career came when he won the Daytona 500 in 1990. He has also raced in the Camping World Truck Series and the 24 Hours of Daytona. Cope retired from competitive racing in 2018 to concentrate on team ownership.

This great-looking Bell helmet is from the 2006 NASCAR Cup season and was race-worn by Cope while driving the McGlynn Racing Sundance sponsored Dodge. It’s being offered as it would have been last worn, race-ready with its top air feed tube, Hans fittings and original race radio still installed.

The helmet is personally signed by Derrike Cope and comes with a full Certificate Of Authenticity.