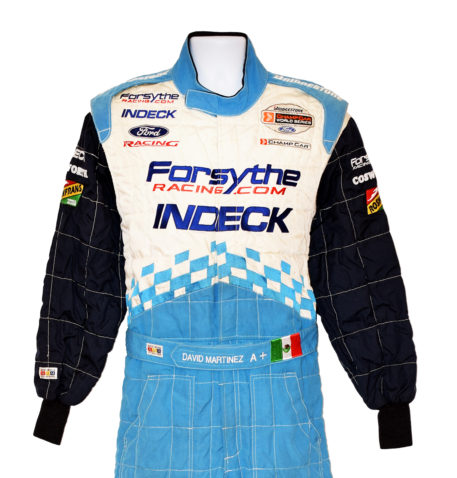 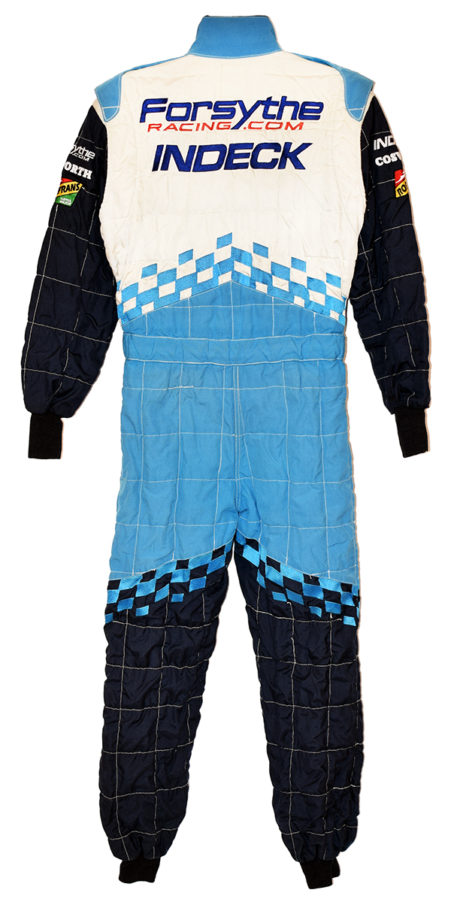 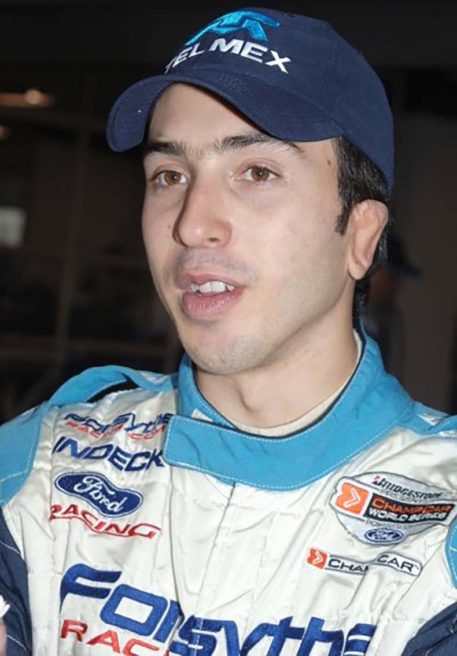 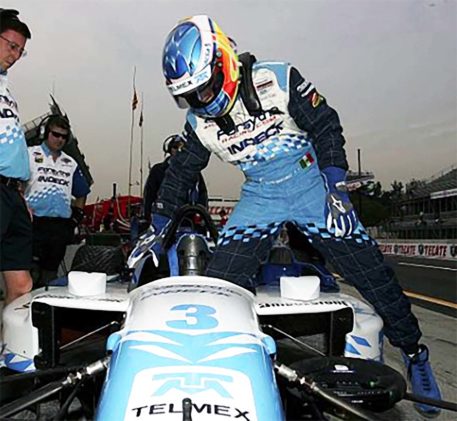 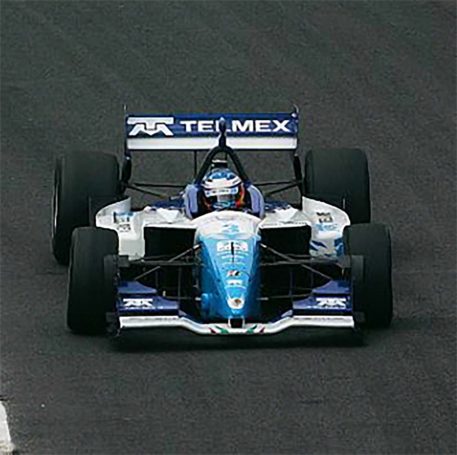 Race suit worn by Mexican driver David Martínez during the Champ Car World Series in 2006. Martínez joined the Forsythe Team for his Champ Car debut in his home country race in Mexico City. Initially announced to race a third car for the team, he ended up replacing an injured Paul Tracy and piloted a Lola-Ford-Cosworth to a ninth-place finish. This represented the best debut by a Mexican driver in a premier open-wheel racing series.  Martinez went on to drive for the team the following 2007 season, appearing in the final two races.

This great looking suit is in the iconic dark & light blue and white colors of the Forsythe team and has the team’s website logo as well as team sponsor Indeck on both the front and back. Martínez name, blood group, and national flag are embroidered on  the suit’s waist belt.

This iconic suit would make a great addition to any race memorabilia collection.