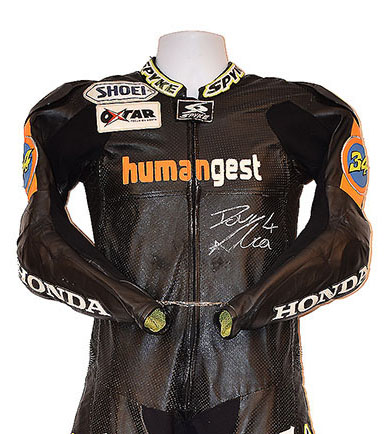 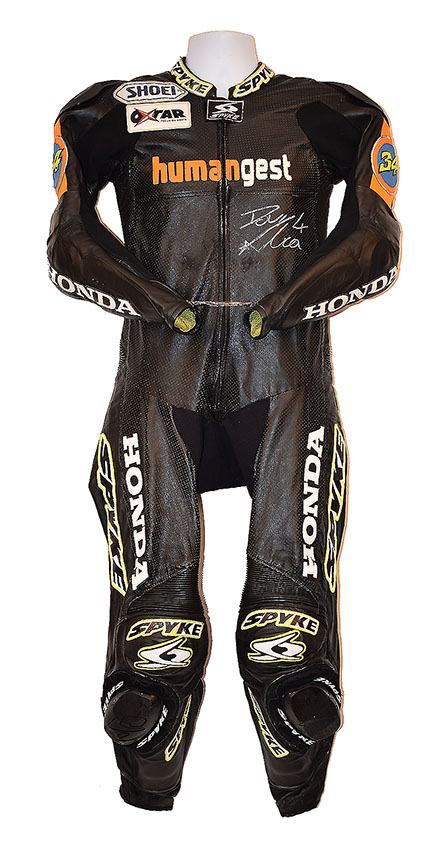 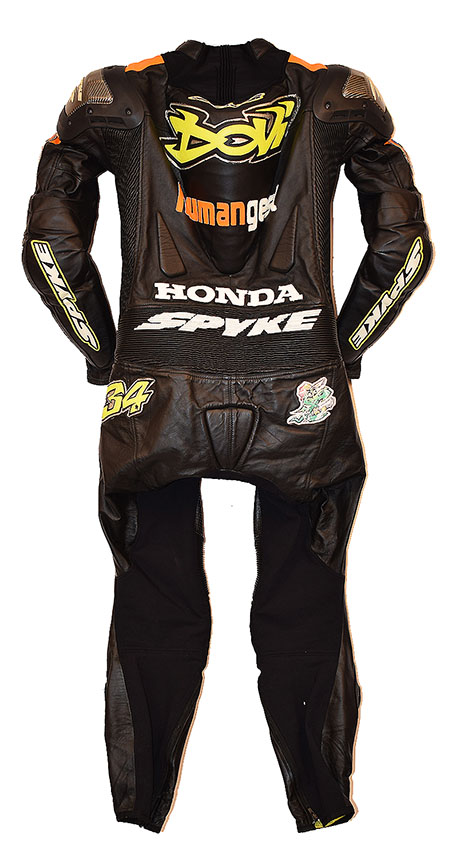 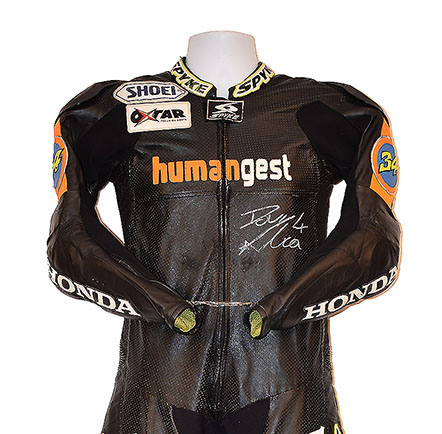 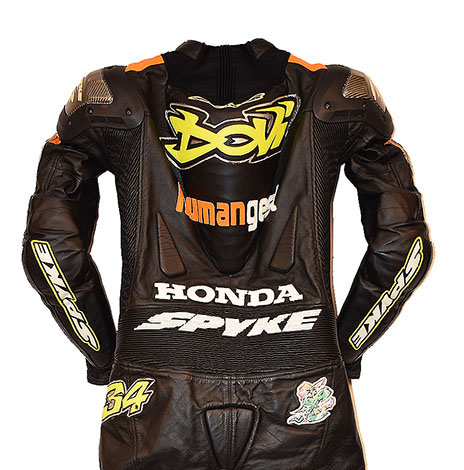 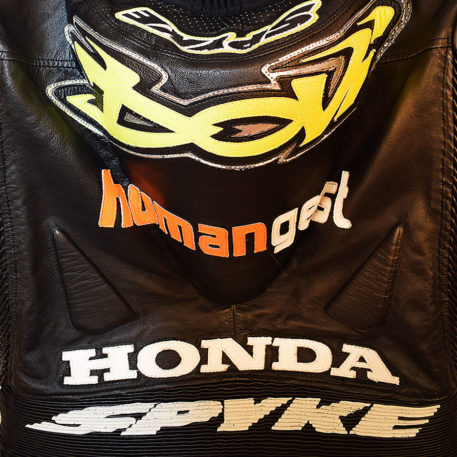 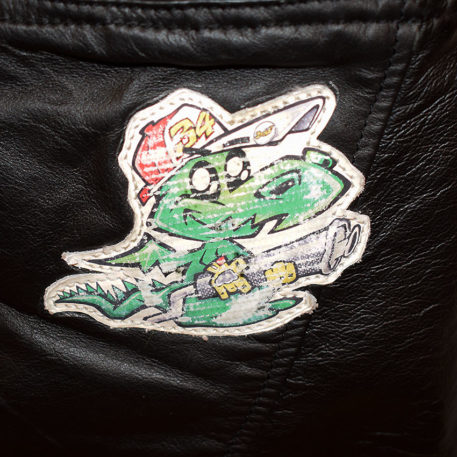 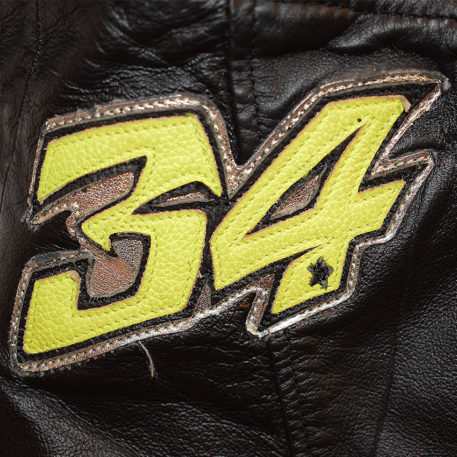 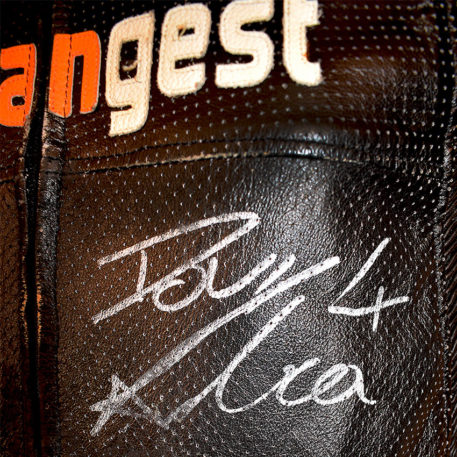 The Italian spent his early years moving up the various classes to become a title contender in the major championship on two wheels in the MotoGP class. On his way up he became 125cc champion and twice narrowly missed out on the 250cc championship. He was racing for the factory Ducati team where for three seasons 2017, 2018 and 2019 he has finished runner up in the World Championship and fourth in 2020.

These leathers are from Dovizioso’s 250cc days and were worn in 2006 while riding for the Humangest Honda Racing Team. The mainly black leathers feature the team orange and white name stitched onto the chest and the back protector, which also has Dovizioso’s nickname ‘Dovi’ on the top. On the back of the suit are Dovizioso’s then race number and caricature dragons on either side as well. The upper arms have his ‘34’ number in orange and blue panels.

The leathers are personally signed by Andrea Dovizioso in silver sharpie and come with a Certificate Of Authenticity.