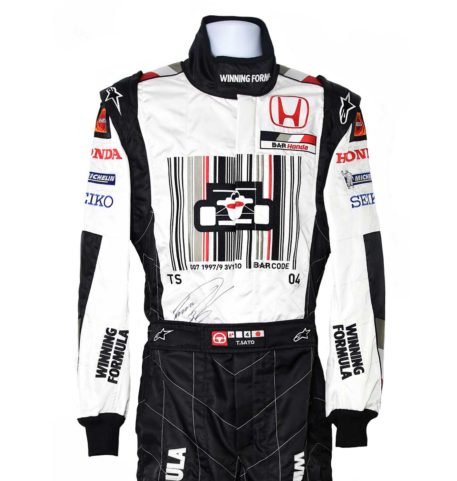 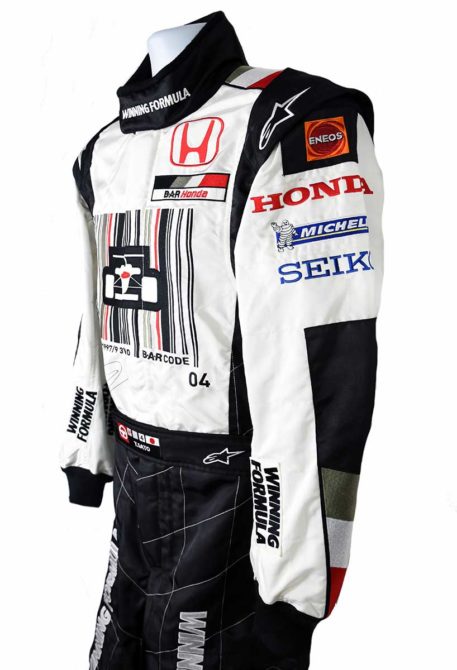 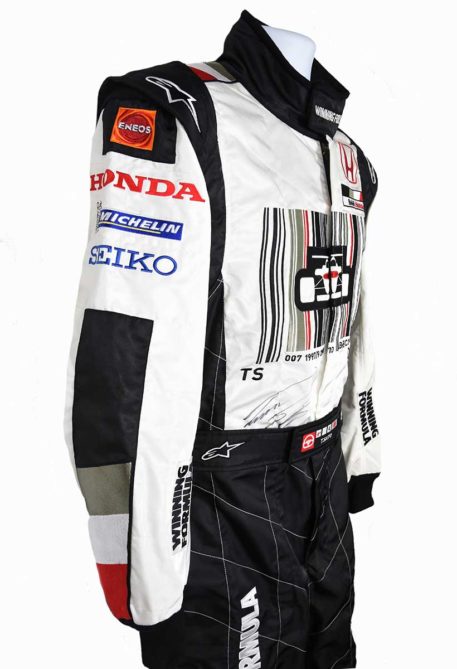 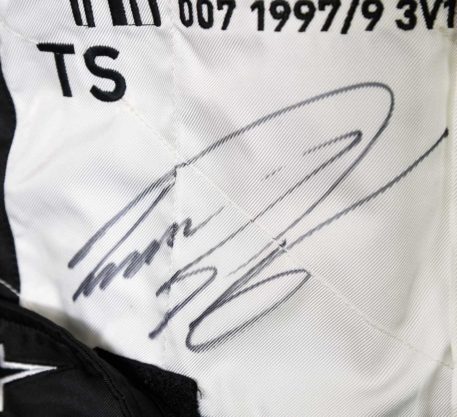 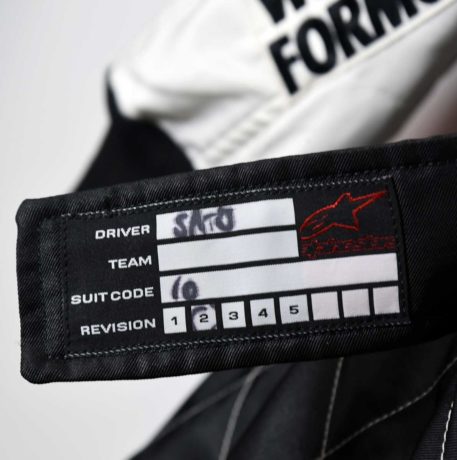 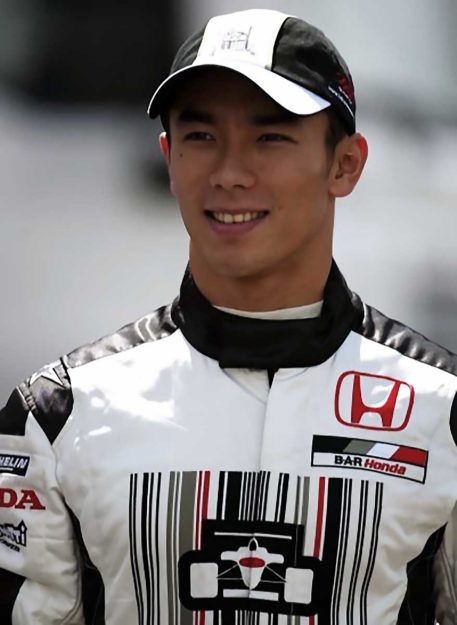 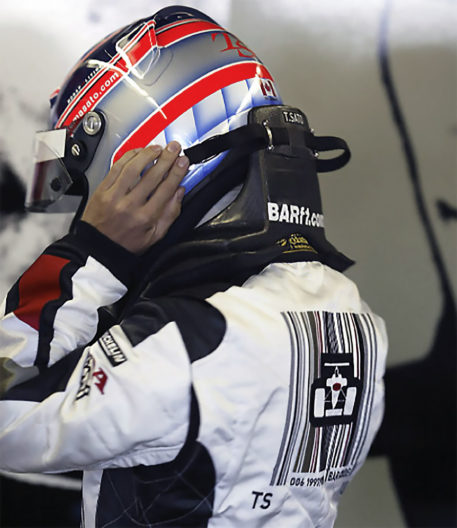 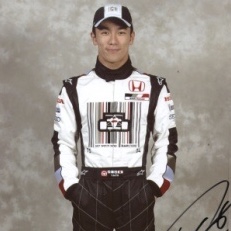 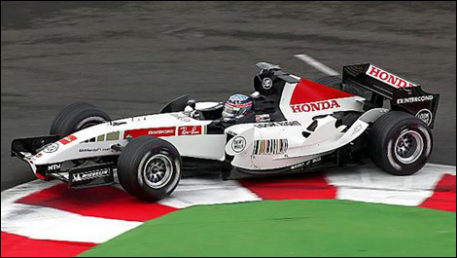 This Alpinestars promotional race suit was produced for the Japanese former Formula One driver Takuma Sato. The suit was made for Sato to be used for media/corporate and photoshoot work while he was driving for the British American Racing (B.A.R.) team in 2004. It would have been used at one of the non-tobacco advertising races on the F1 calendar where the team used the ‘b.a.r.code’ livery instead, which would have been at one of three events including Canada, France and British Grands Prix. The 2004 season was Sato’s best in F1 where he constantly finished in top-six scoring positions in the races he finished, with his best result coming in the US Grand Prix at the Indianapolis Motor Speedway. Here he finished on the podium in a well-earned third place. Sato has since moved on to IndyCar racing where he has had five victories to date, including two wins at the prestigious Indy 500, again at the Indianapolis Motor Speedway.

The suit comes in the black, white and red colors of the BAR team, with the team’s ‘b.a.r.code’ race car logo replacing the team’s tobacco sponsorship embroidered on the front and back of the suit. It has ‘Winning Formula’ on the neck, as well as down both arms and legs. ‘TS’ (Sato’s initials) and 04 (year) are on either side of the main logo, front and back. Sato’s name is embroidered on the waist belt which has the suit numbered as #10 on the inner belt label.

Takuma Sato has personally signed the suit in black marker pen on the right hip.

This is a great opportunity to own this rare suit as Sato items rarely appear on the open market.