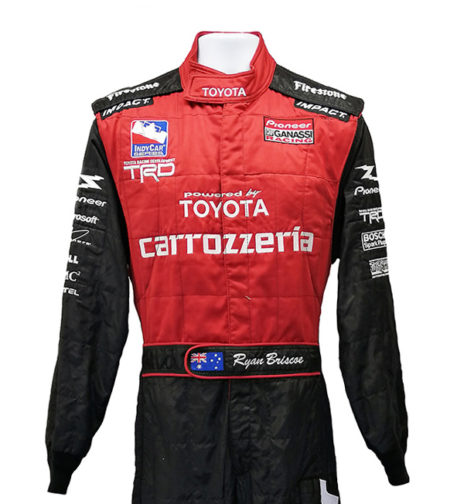 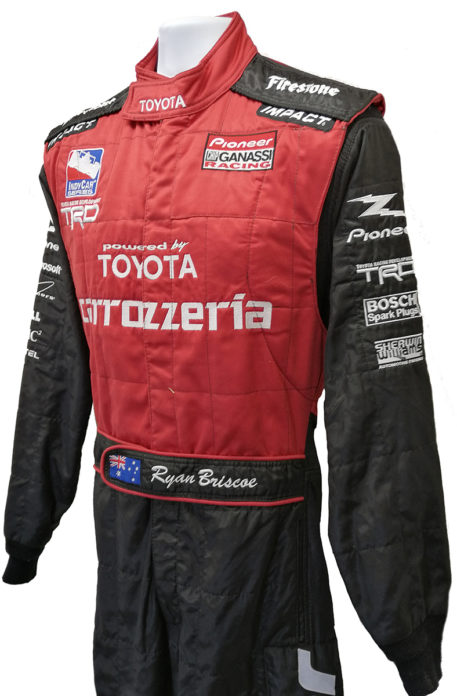 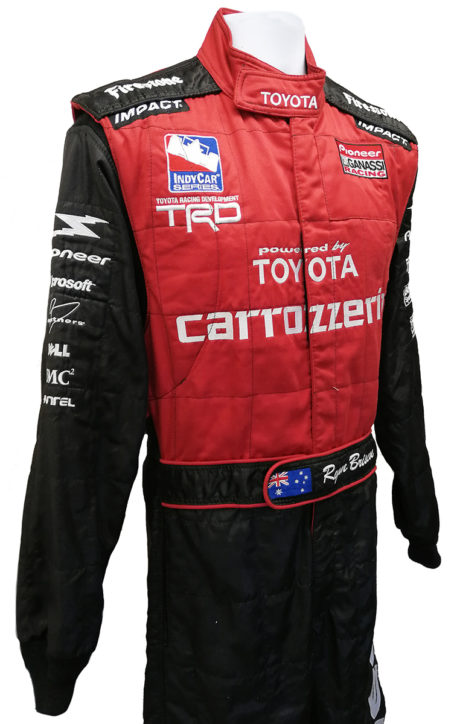 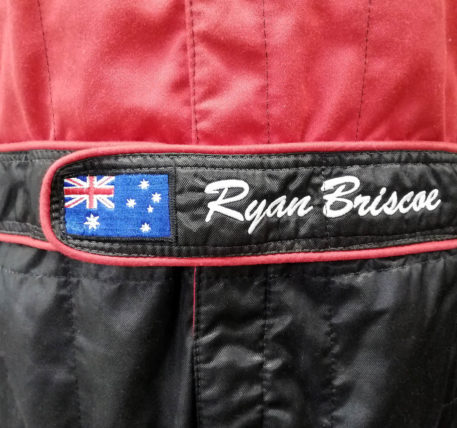 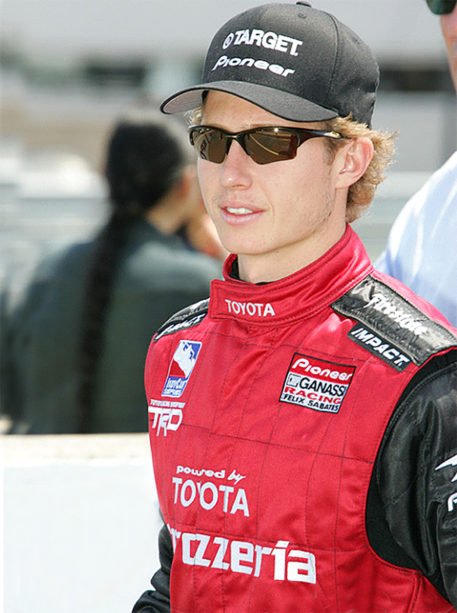 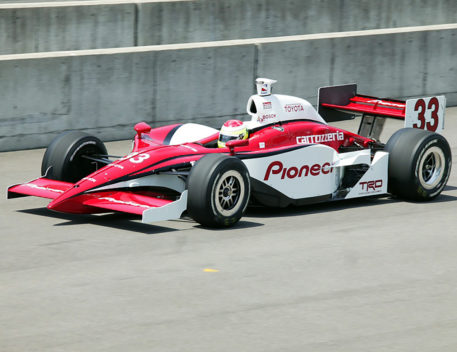 Race worn suit used by Australian driver Ryan Briscoe in 2005, during his first season in IndyCar driving for the Chip Ganassi team. This Impact suit was worn in the Indy Japan 300 race at the Twin Ring Motegi track.

It has a red torso with black arms and legs. The left leg has Pioneer, the team’s main sponsor for the Japanese race, lettering running in the upwards direction. On its front there’s sponsorship lettering from Carrozzeria (a Pioneer product) and also engine supplier Toyota just above that. There are also Ganassi/IndyCar/TRD patches on either side of the upper chest. Briscoe’s name and Australian national flag are embroidered on the waist belt. Pioneer and Toyota logos also appear on the back of the suit. There’s also many other supplier/sponsor’s branding embroidered on the arms, including Microsoft, Bosch and Dell to name just a few.