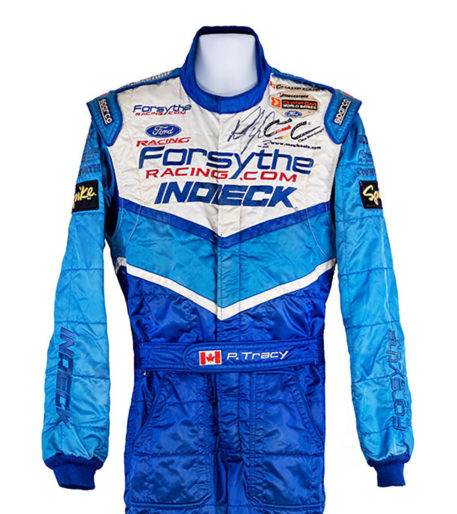 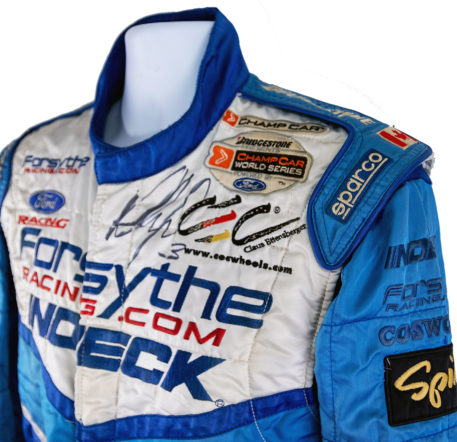 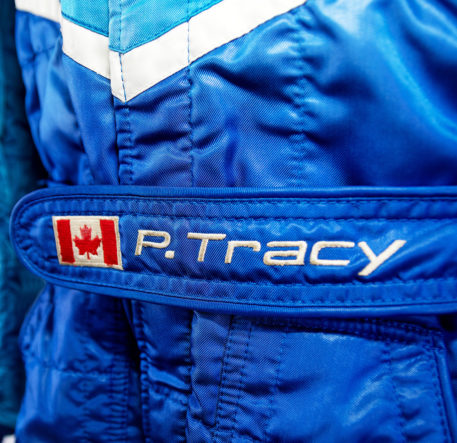 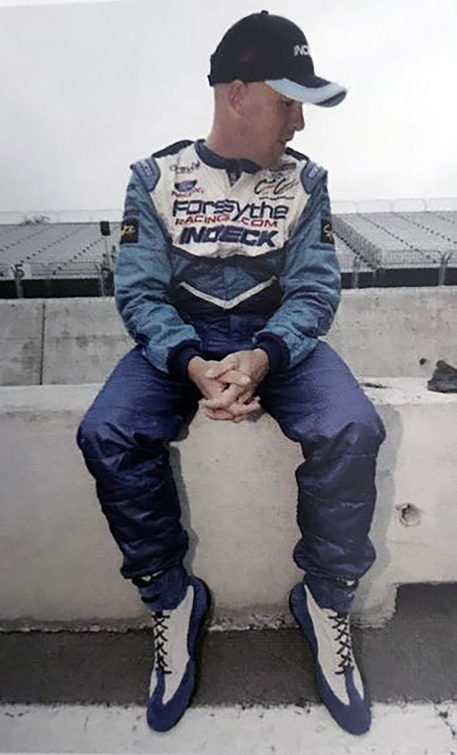 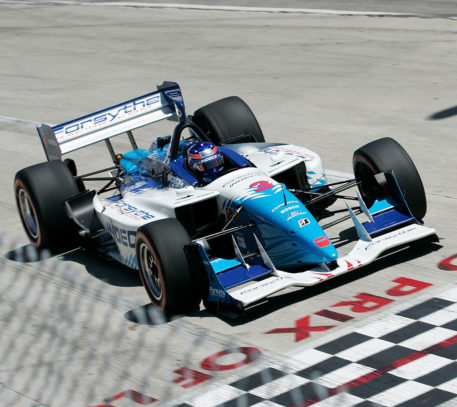 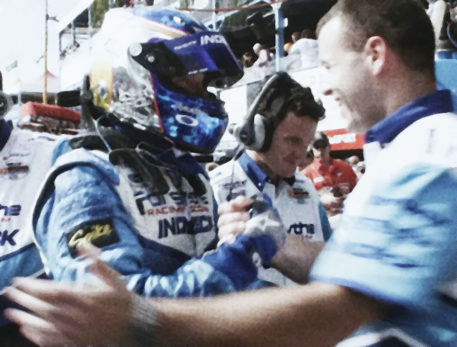 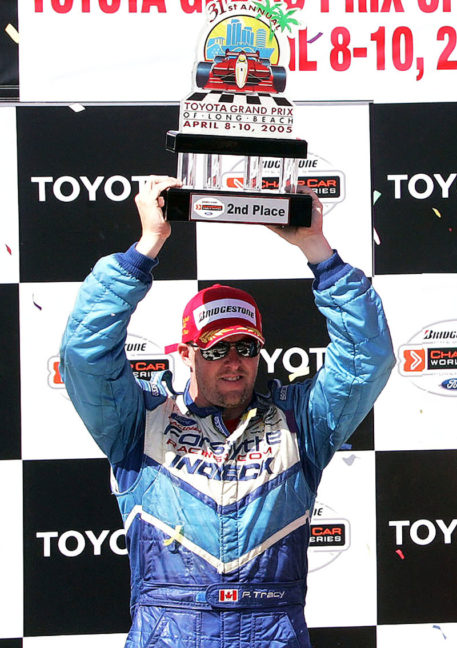 Suit worn by Canadian IndyCar fan-favorite Paul Tracy. This is one of the suits used by Tracy during the 2005 Champ Car World Series season while driving a Lola B02/00 for the Forsythe Racing Team. Tracy would go on to have two wins, two seconds and three third-place finishes during the year.

This Sparco suit is in the dark/light blue and white colors of the Forsythe team. It has the team’s website logo as well as team sponsor Indeck on both the front and back, as well as Indeck lettering on both arms.

The suit has been personally signed by Paul Tracy on the left chest and comes with a full Certificate of Authenticity.