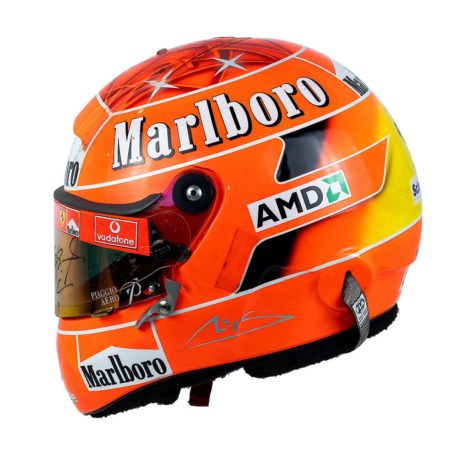 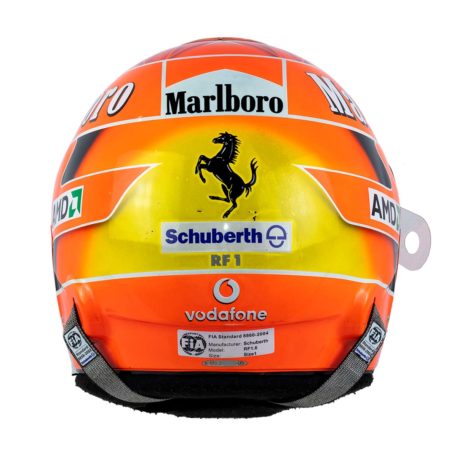 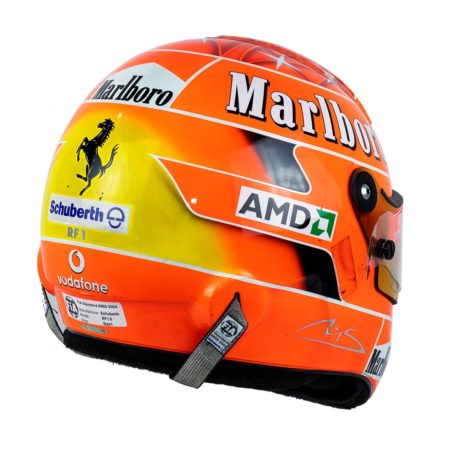 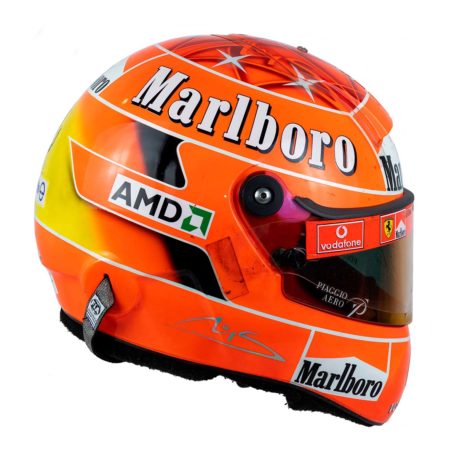 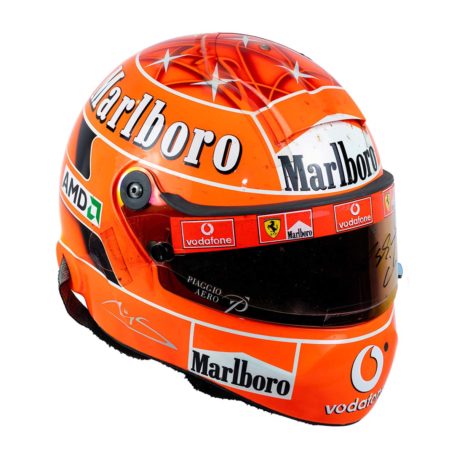 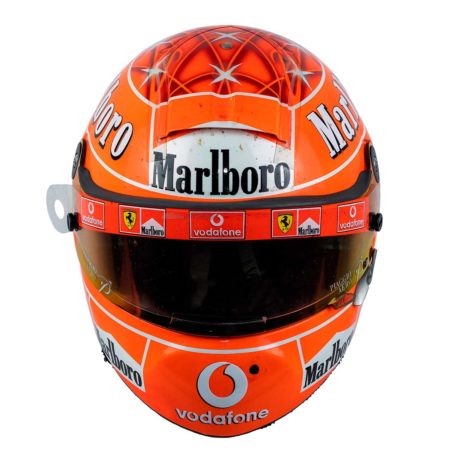 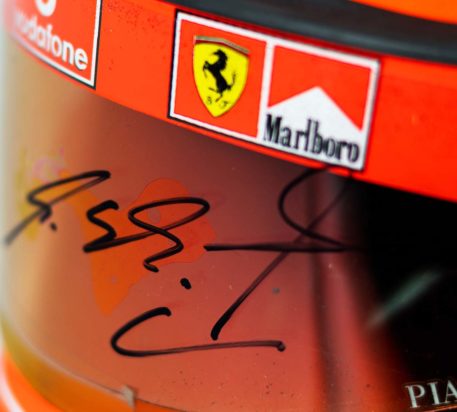 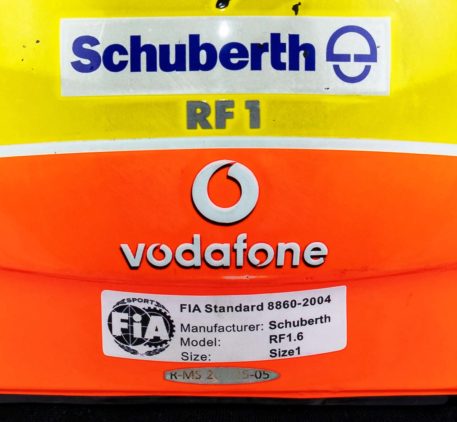 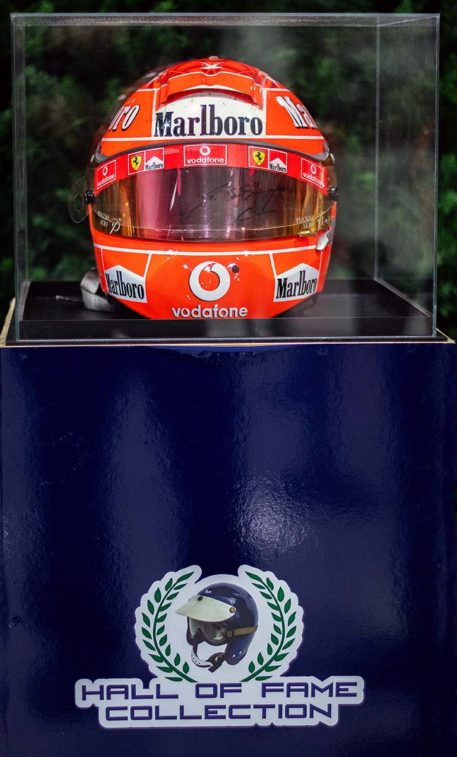 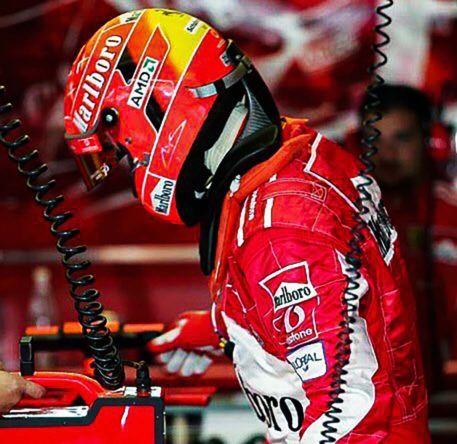 Schuberth RF1 helmet race-worn by the former seven-time Formula One World Drivers Champion Michael Schumacher. He used this helmet during the 2005 season and has been photo-matched at the German Grand Prix, Michael’s home race. The helmet can also been seen being used at other Grands Prix during the season, including Hungary and the European Grand Prix.

The helmet has Schumacher’s typical Marlboro Scuderia Ferrari design. Its Ferrari red base color has white pinstripe lines running horizontally around the helmet dividing it four sections. The crown has the Schumacher airbrushed graphic ‘Seven Star’ pattern, and under this is the ‘Marlboro’ band with the tobacco company’s lettering and logos displayed prominently. The middle section has Schumacher’s national German colors (black, red and yellow) that merge around the rear of the helmet where a black Ferrari ‘Prancing Horse’ takes center stage. There are also sponsor AMD decals on either side of the helmet. The bottom section of the helmet has the team’s major sponsor Vodafone lettering and logo on the chin and on the back, with more Marlboro chevron decals on either side as well. ‘MS’ Schumacher silver logos are placed on both sides, and on the back side is the FIA Standard decal. Also on the back is the Jens Munser Designs (helmet painter) identification sticker that has R (race), the date 2005 and 05 that donates that this was the fifth helmet painted for Schumacher for the season. The helmet has a top flow vent fitted and Hans straps still in place. It also still shows the rigors of a typical race day with dirt/grime splashes on the helmet. Its tinted visor has a Ferrari/Marlboro/ Vodafone sun strip.

When it comes to collecting racing memorabilia, a Schumacher helmet is right up there at the top of most collectors’ must-have lists. What makes this particular helmet a real centre piece in anyone’s collection is the fact that it has everything that you want in a Schumacher helmet. The helmet checks all the boxes; it’s tobacco sponsored, it’s Ferrari, it’s signed, it still shows race dirt as it was not cleaned, and it’s also a very nice example of a Schuberth helmet which few F1 drivers used (as opposed to the more standard Bell and Arai helmets).

With top memorabilia going up in value each year you don’t want to miss this very rare investment opportunity to acquire a race-worn helmet from one of the greatest Formula One drivers in the history of the sport.

The helmet has been personally signed by Michael Schumacher and comes with a full Certificate Of Authenticity.