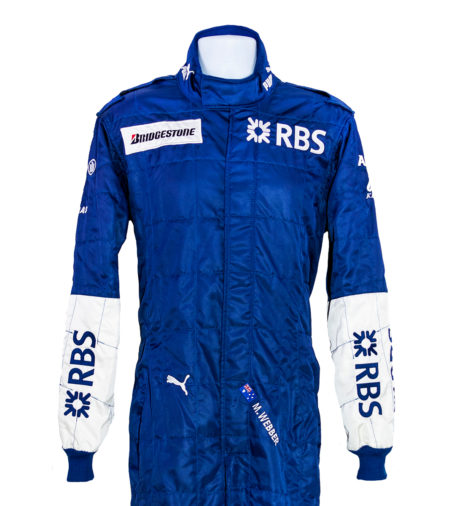 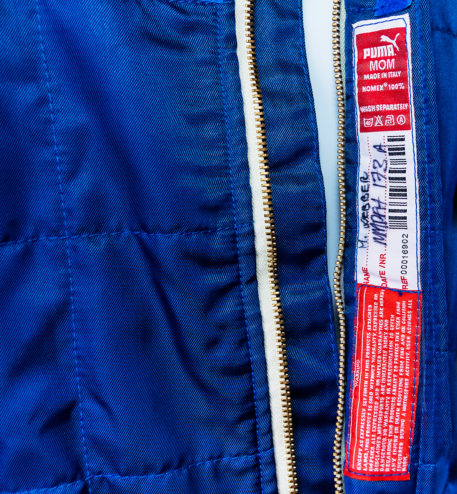 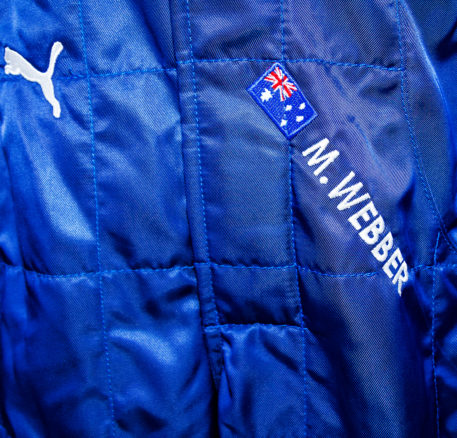 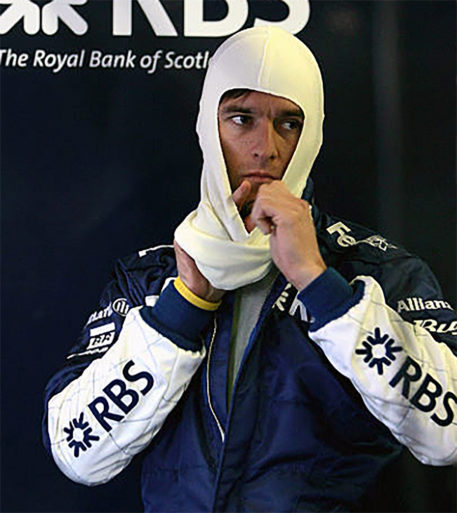 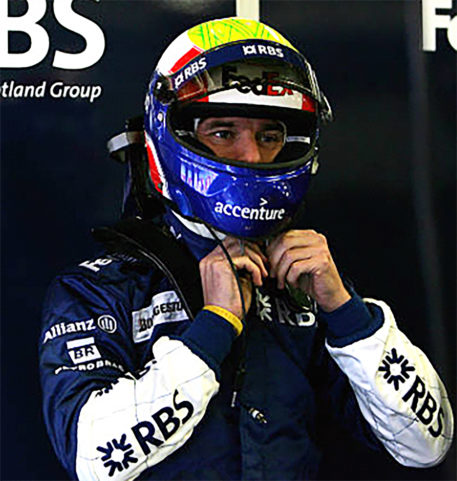 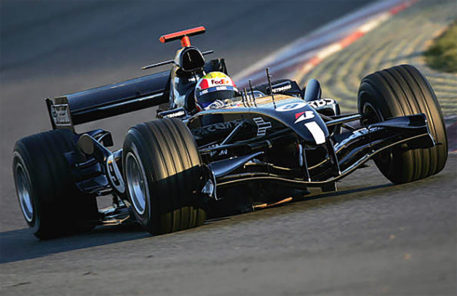 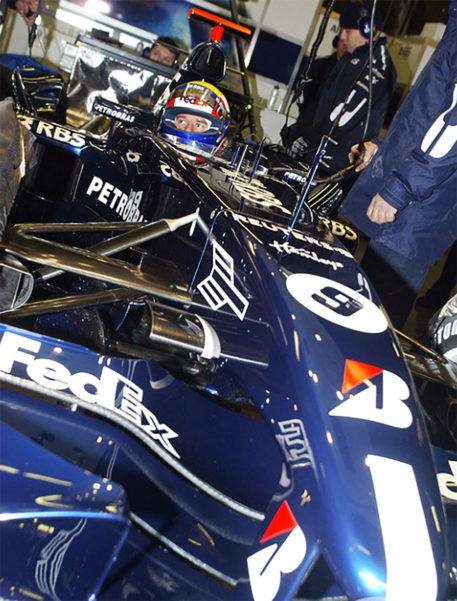 Between the 2004 and 2005 Formula One seasons, Webber was granted an early release from his Jaguar Racing contract so he could be allowed to test with his new team, BMW Williams. These test sessions took place over the winter at Spanish tracks in Jerez and Barcelona.

This Puma suit was used extensively during these test sessions. At the time the Williams team had not confirmed a major team sponsor, so the livery of both the Williams FW27 car and the race suit were both in dark blue, with only the Royal Bank of Scotland sponsor branding added.

The suit also has white forearms and has a Bridgestone patch on the right chest and Webber’s name and national Australian flag embroidered on the left hip pocket.