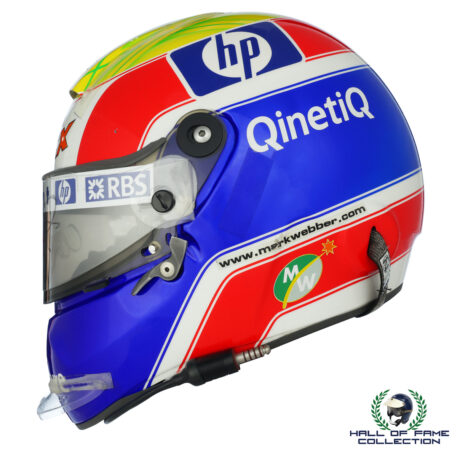 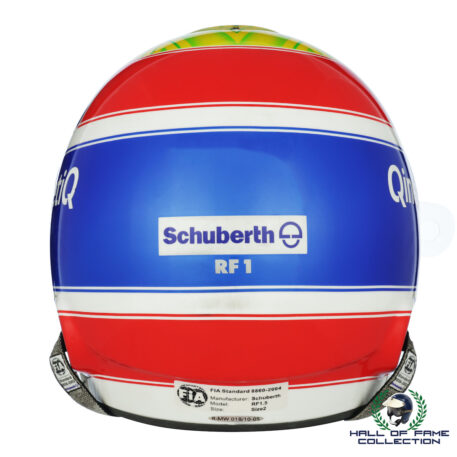 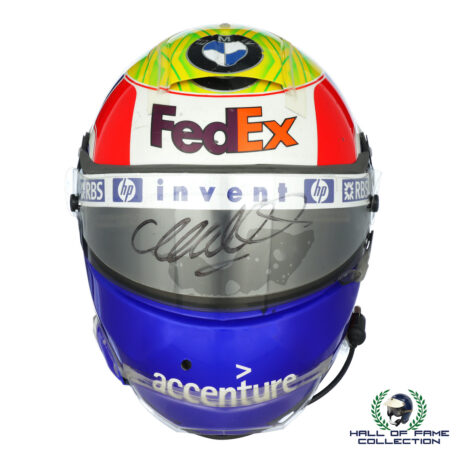 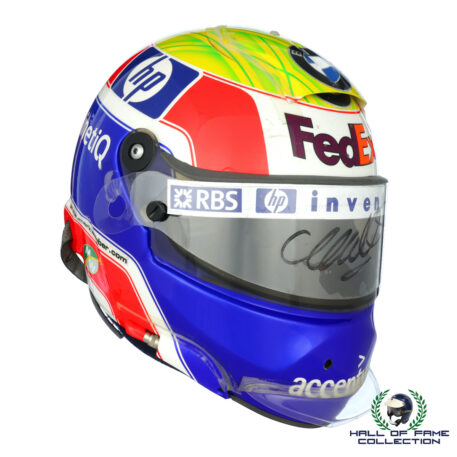 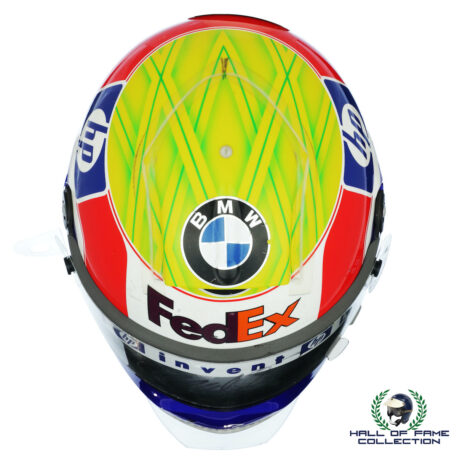 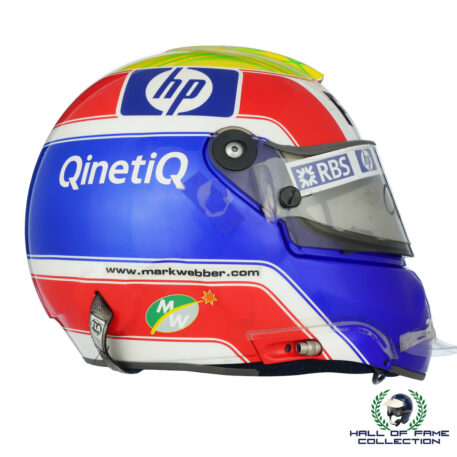 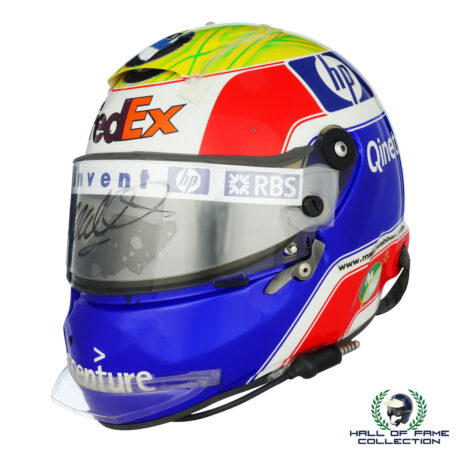 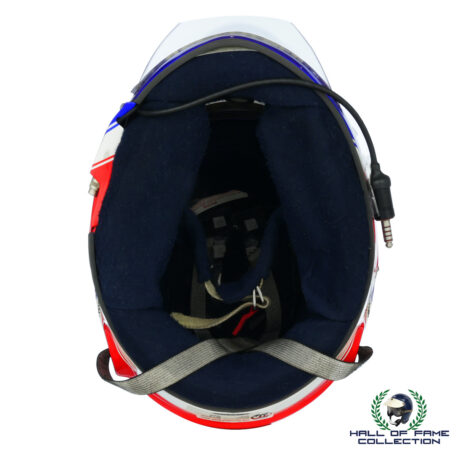 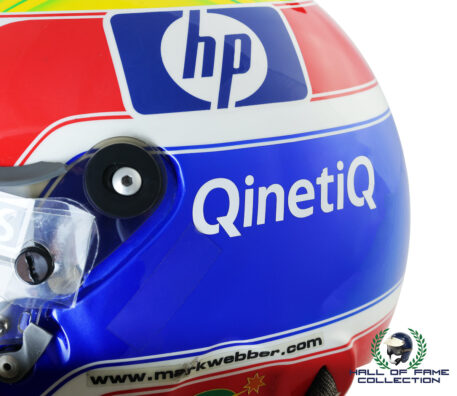 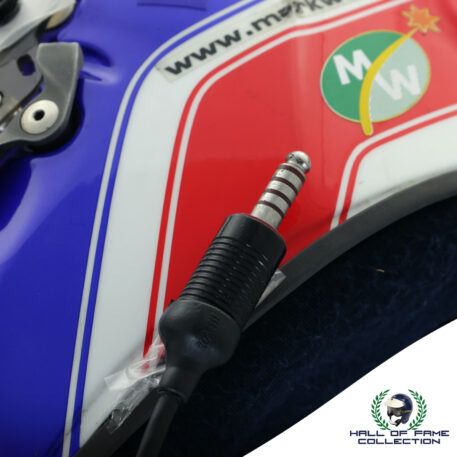 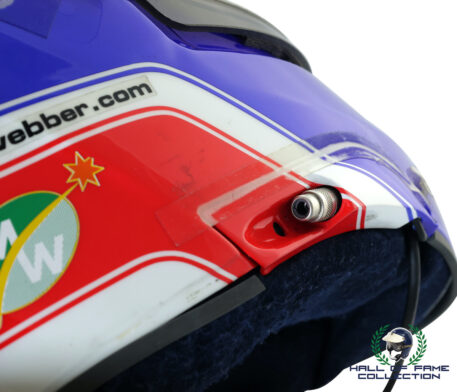 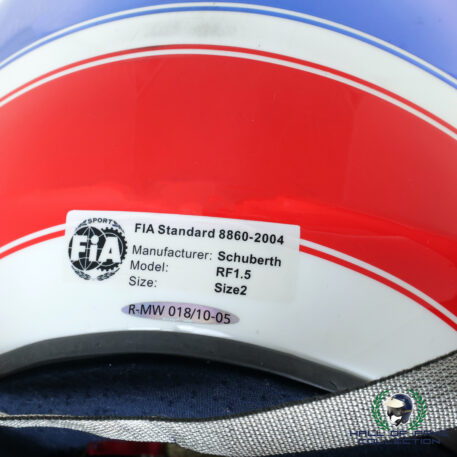 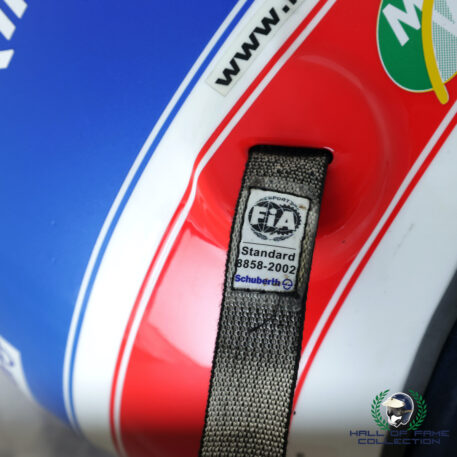 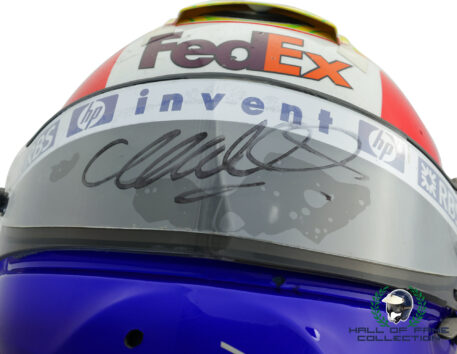 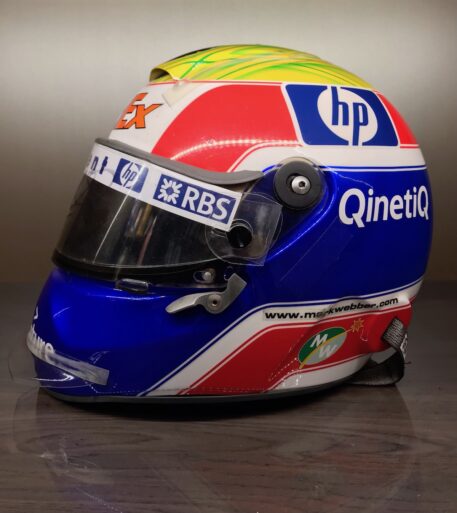 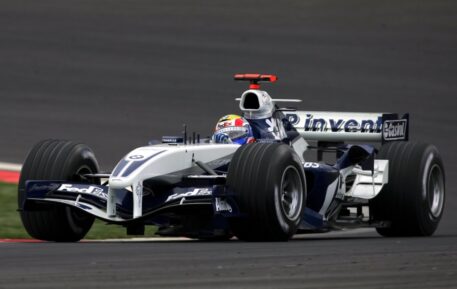 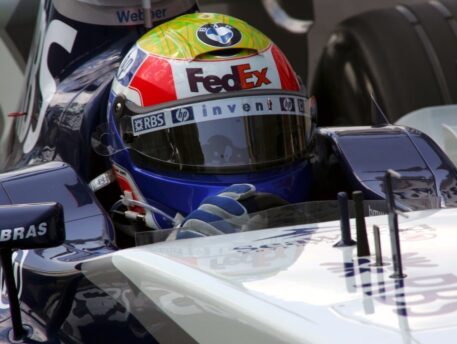 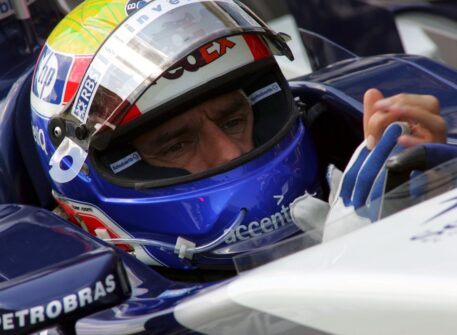 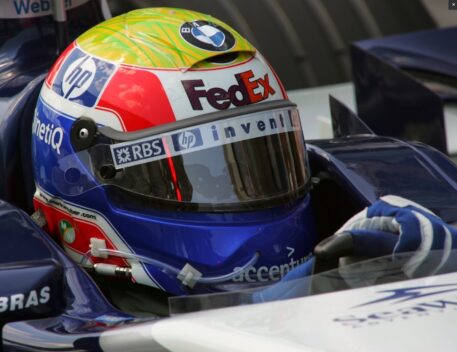 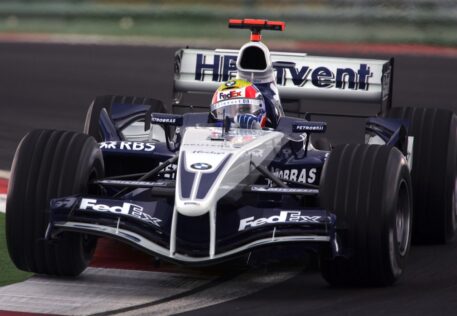 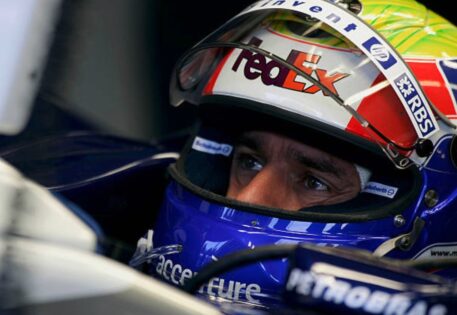 Schuberth RF1 helmet used by Mark Webber while racing for Williams BMW at the 2005 Turkish & Belgian GP weekends, as well as other races that season. The helmet shows nice race wear and still has a couple of tear-offs attached, as well as having the radio still installed just as it was last used.

During his F1 career the popular Australian driver scored 9 race wins, 42 podium finishes, 13 poles and 19 fastest laps. Webber would finish 3rd in the World Drivers Championship in 2010, 2011 and 2013. After he retired from Formula 1 at the end of the 2013 season, he would switch to endurance racing. That move saw him win the FIA World Endurance Championship in 2015, as well as coming in 2nd in that year’s 24 Hours of Le Mans.

The helmet is signed on the visor in black marker pen by Webber and would make a great addition to any motorsports collection.

The helmet comes with a Certificate Of Authenticity