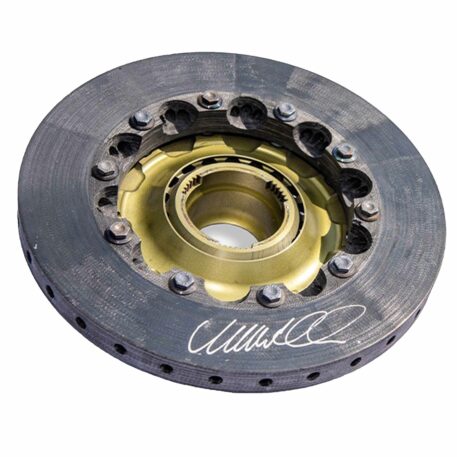 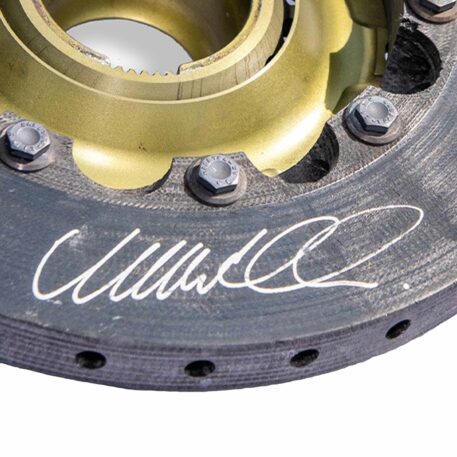 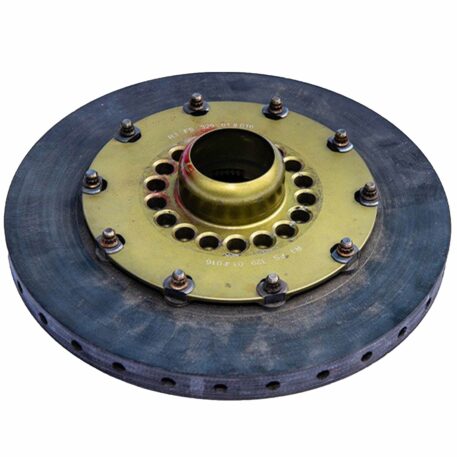 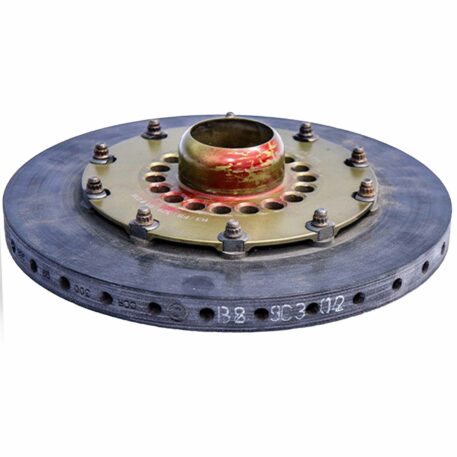 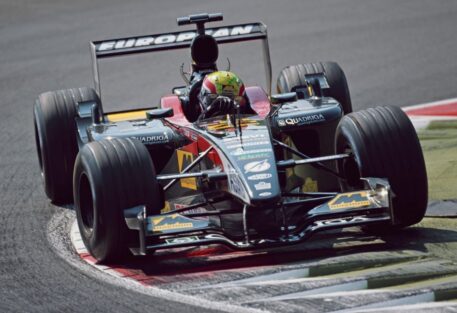 This brake disc, with bell still attached, was used by Mark Webber while driving the Jaguar R3 during the 2002 F1 season.

Mark Webber made the steady climb to Formula One and a World Endurance Championship with a straight-talking style. The Aussie worked his way through F1 stints at Minardi, Jaguar and Williams before finding a championship-contending home at Red Bull, where he finished third in points on three different occasions late in his Grand Prix career (2010, 2011 and 2013).

All nine of Webber’s F1 victories came while he was driving for Red Bull, with the first in 2009. His best season was in 2010 when he won four races, including in Monaco, the first of two such victories in his F1 career. He would also take 4 of his overall race wins from pole position. Webber’s three-year run in WEC featured an LMP1 Championship with Porsche in 2015.

Webber has signed the disc with a silver marker pen and comes with a Certificate Of Authenticity.