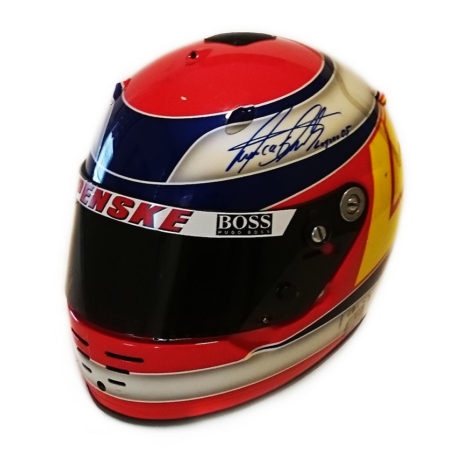 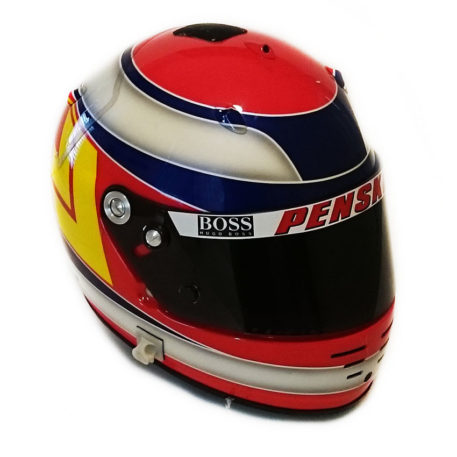 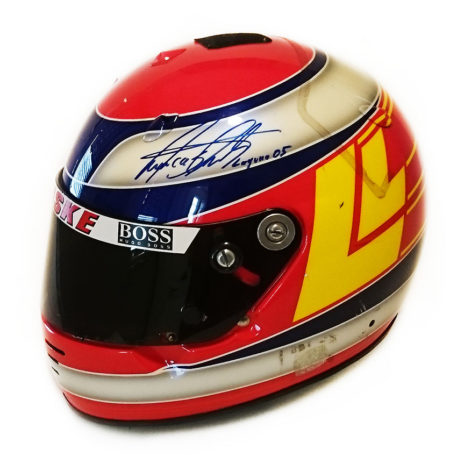 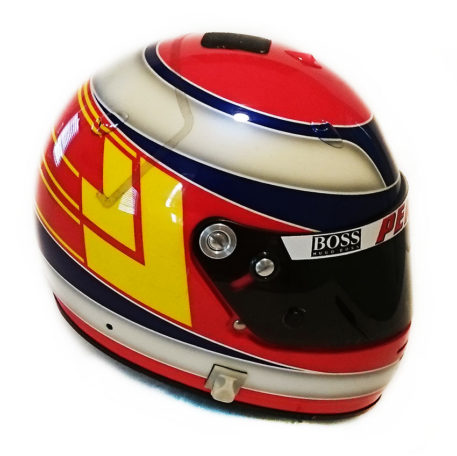 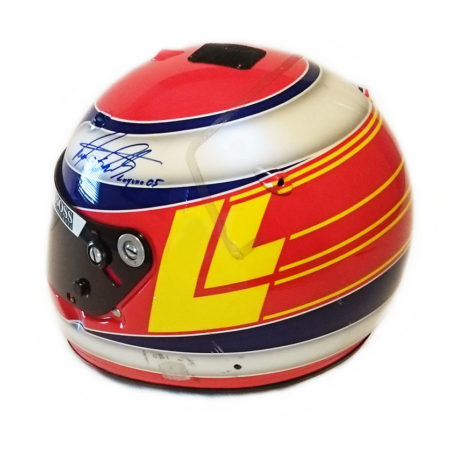 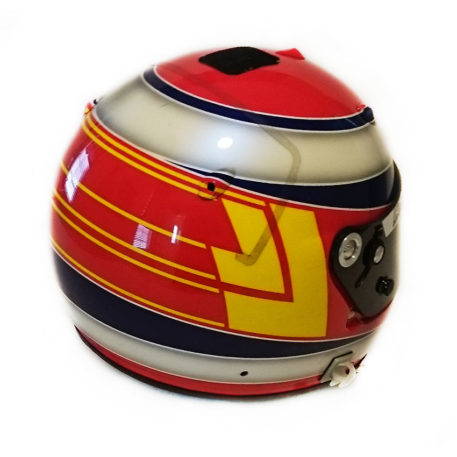 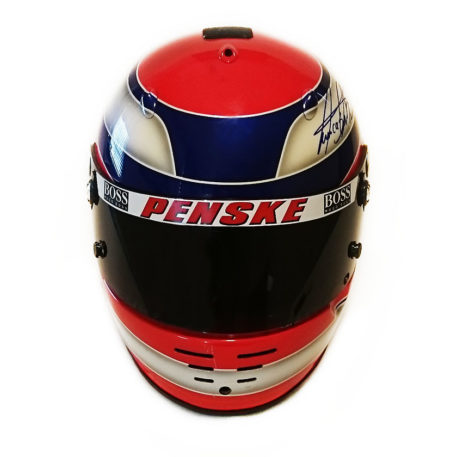 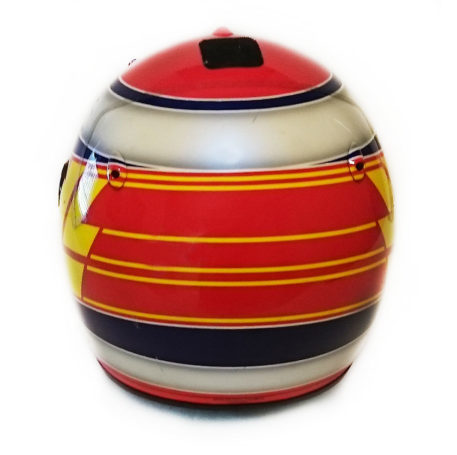 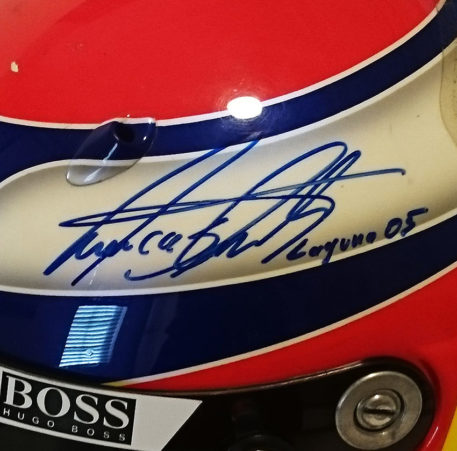 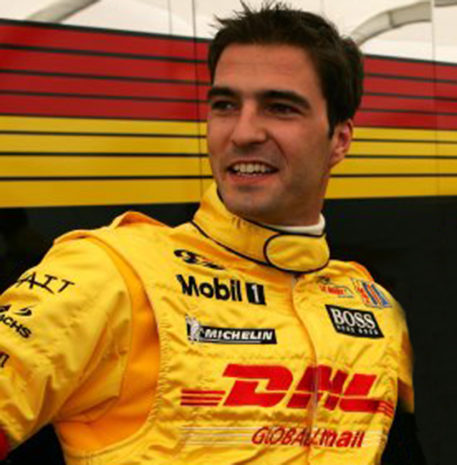 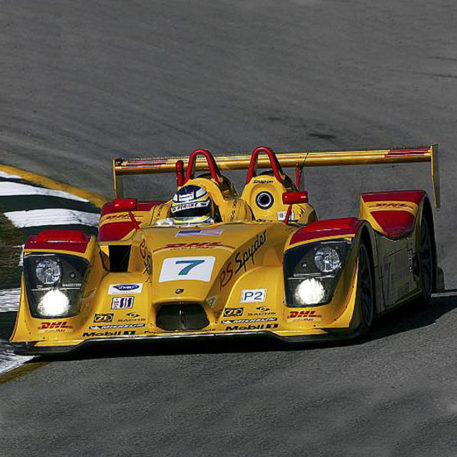 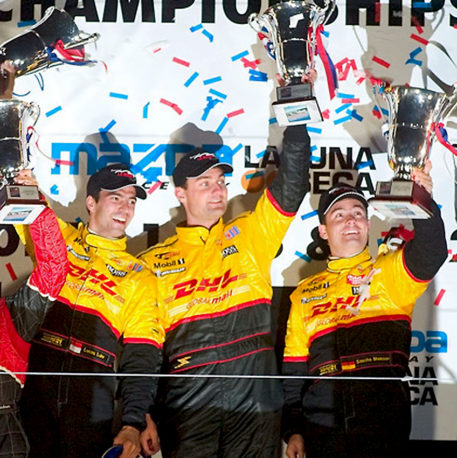 Used race helmet of German Lucas Luhr who is recognized as one of the most accomplished drivers in Sportscar racing. He is a former 24 hours of Le Mans GT winner. Additionally, he is a seven-time American Le Mans Series champion with over 50 class wins, and also scored sports car wins at Road Atlanta, Daytona and Sebring.

In 2005, Luhr’s primary job was the development of the new Team Penske Porsche RS Spyder, which was to make its full-time debut in 2006. He also raced in the big events in Porsche 911s, having class wins at the 12 Hours of Sebring and the Spa 24 Hours. Luhr along with co driver Sascha Maassen, won in the debut race of the Penske RS Spyder at the 5005 Laguna Seca 4 Hours in the LMP2 class.

This Helmet was used during the winning Laguna Seca race and has Luhr’s red, blue and white circle design running around the helmet as well as the drivers double ‘L’ initials on either side in yellow. The helmet has also been personally signed, dated and race documented by Lucas Luhr and comes with a full Certificate of Authenticity.

Chance to own a winning helmet from one of Sportscars great drivers.