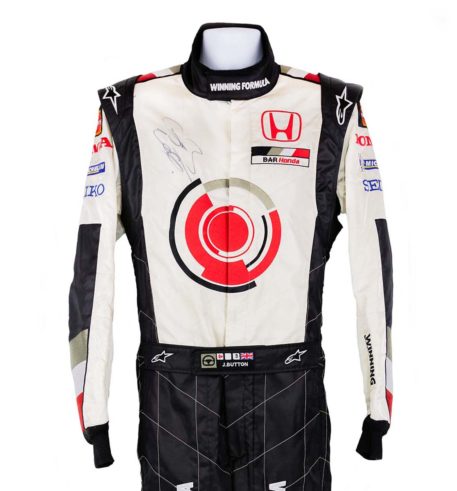 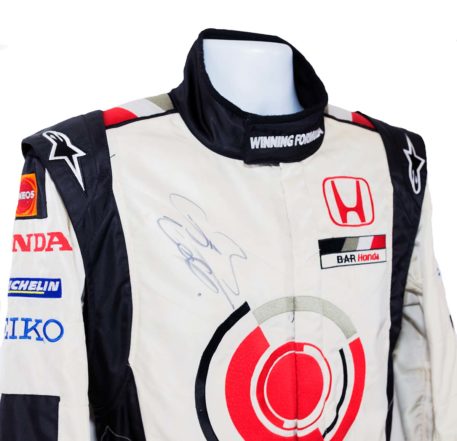 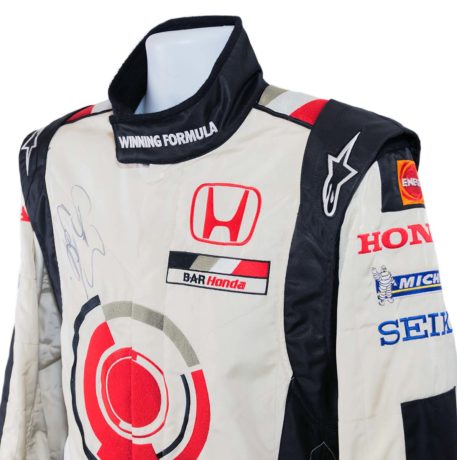 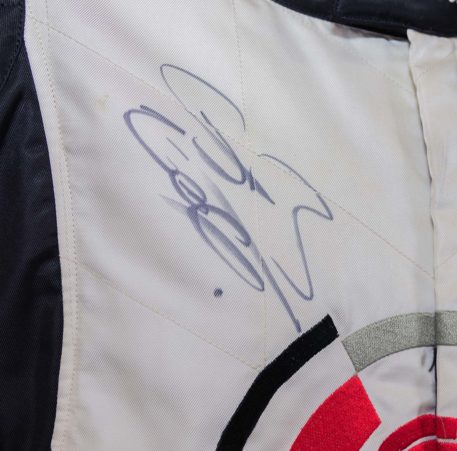 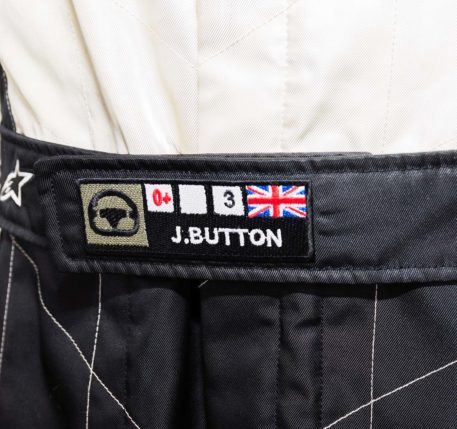 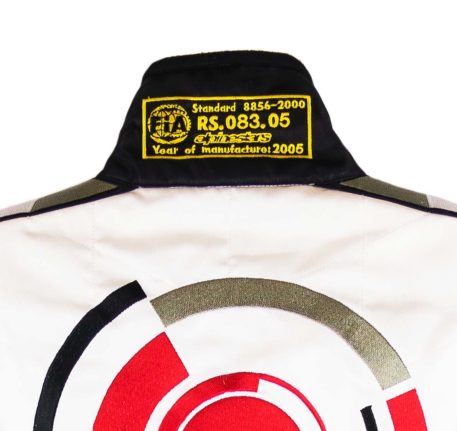 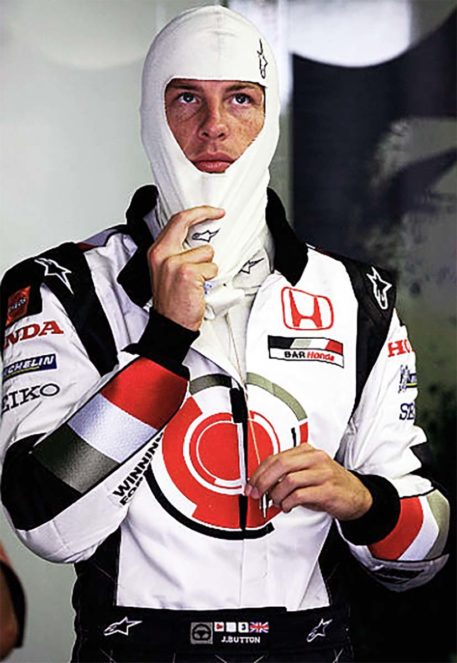 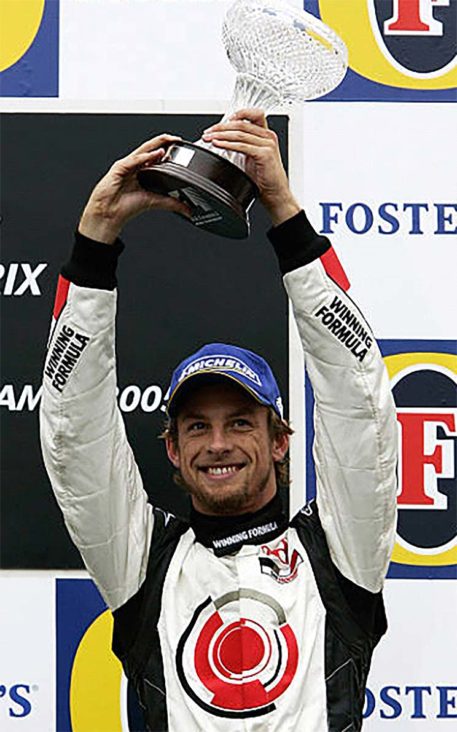 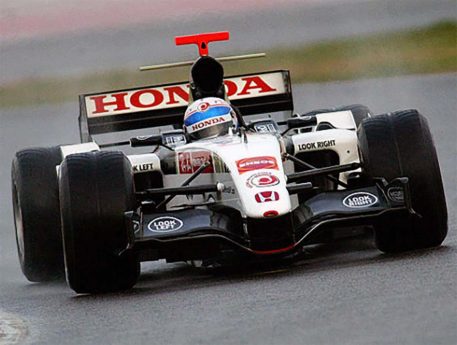 This Lucky Strike BAR Honda race suit was worn by British driving Jenson Button during the 2005 F1 season while driving for the British American Racing Team. Button would have a difficult start to the season. However the second half of the season brought seven top-five finishes, including two on the podium. Button would go on to win the Formula 1 World Championship in 2009.

The suit was used at a non-tobacco advertising race event during the season, which would explain the omission of any ‘Lucky Strike’ branding logos. These were substituted by a black, green and red segmented circle on the back and front of the suit and ‘Winning Formula’ lettering on the neck and legs. Button’s name, blood group and national flag, the ‘Union Jack’, are embroidered on the waist belt.

Jenson Button has personally signed the suit on the right chest. Please see our other listings for many other Jenson Button race-worn items. 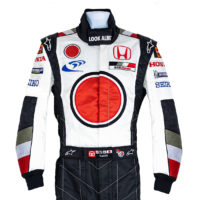