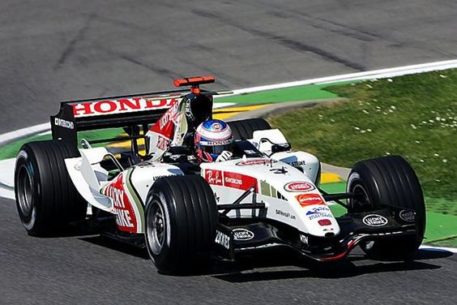 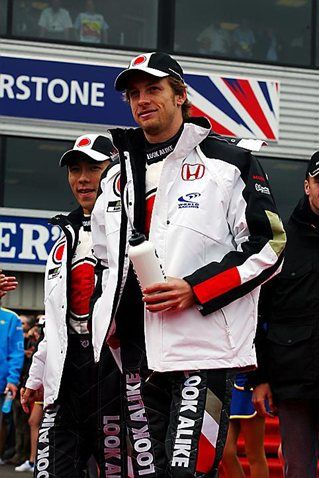 This suit was worn by former 2009 Formula One World Champion Jenson Button. The suit was used by the Brit during the 2005 F1 season where Button drove a BAR 007 for the Lucky Strike BAR Honda team. Button notched seven top-five finishes, including two podiums.

The suit was used at a non-tobacco advertising race event during the season, which would explain the omission of any ‘Lucky Strike’ branding. These were substituted by black-edged red circles on the back and front of the suit and ‘Look Alike’ lettering on the neck and legs. Button’s name and national Union Jack are embroidered to the waist belt.

A great suit to add to any collection, worn by a Formula One World Champion.