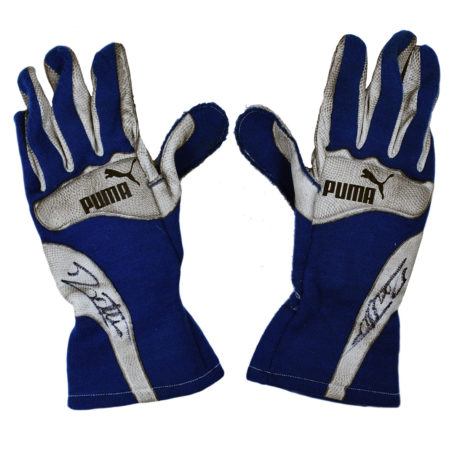 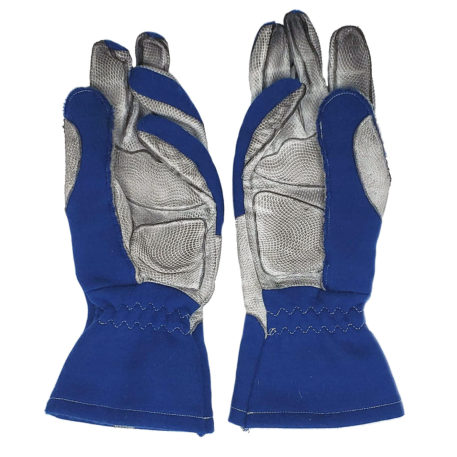 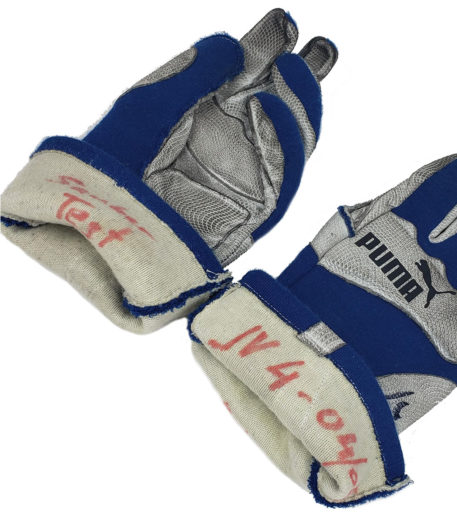 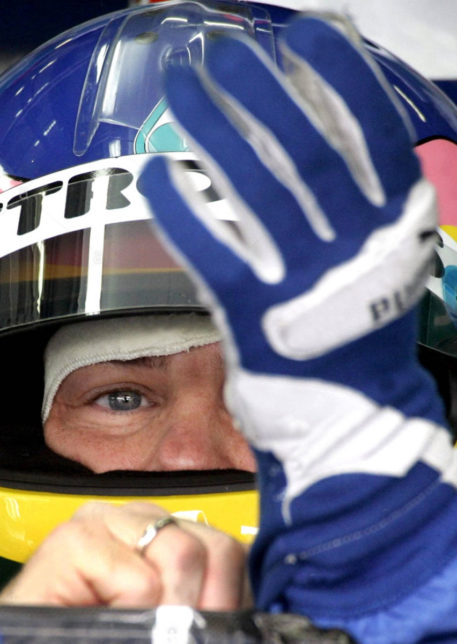 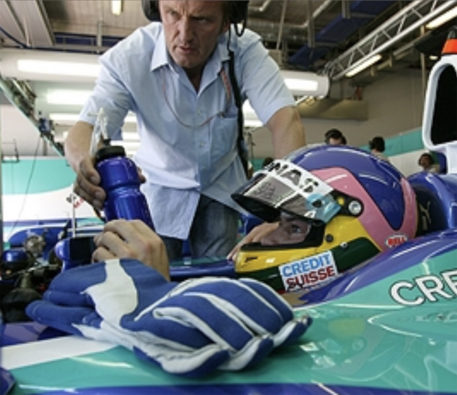 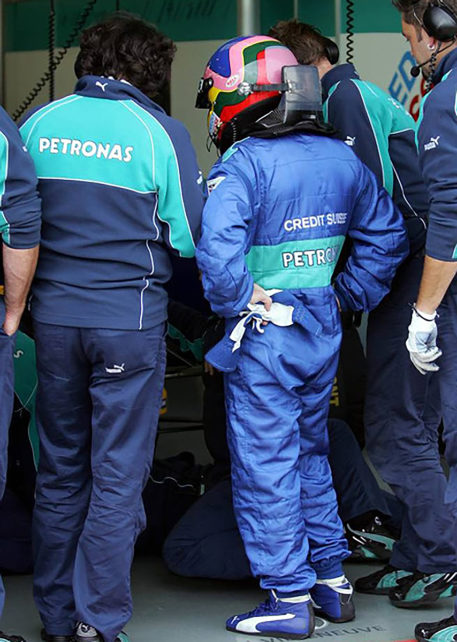 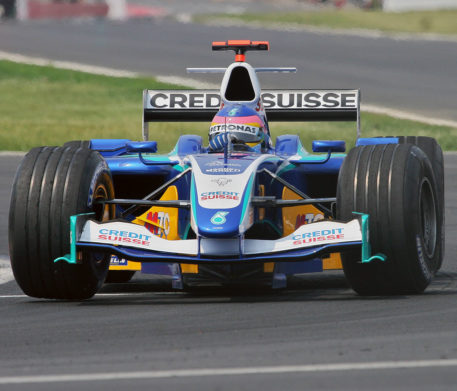 A pair of Puma Motorsports gloves used by popular Canadian driver and former Formula One World Champion Jacques Villeneuve. The gloves were used while testing (dated April 2005) in his first season driving for the Sauber F1 team. The well worn blue gloves have white padded knuckle protection with a Puma logo printed on both gloves. The top of both gloves also features the Puma trademark stripe that has been personally signed by Villeneuve. The palms have white gripper fabric, with the inner cuffs having the date and use documentation written in them by Villeneuve. These gloves were acquired directly from Jacques Villeneuve and come with a Certificate of Authenticity.