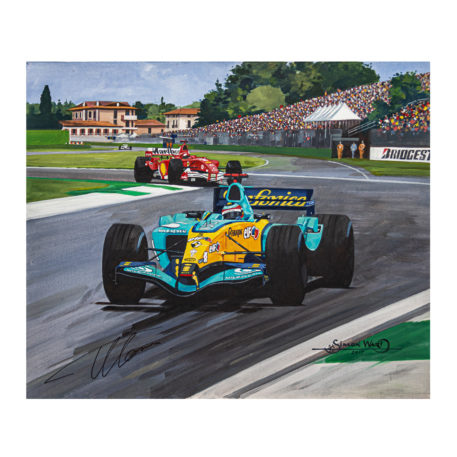 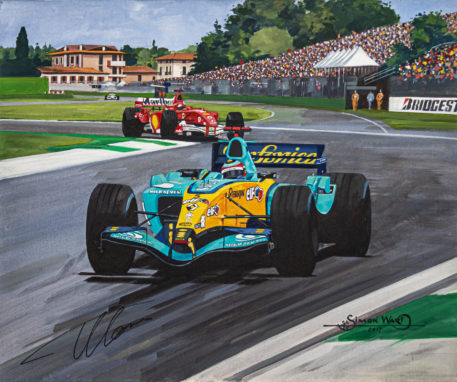 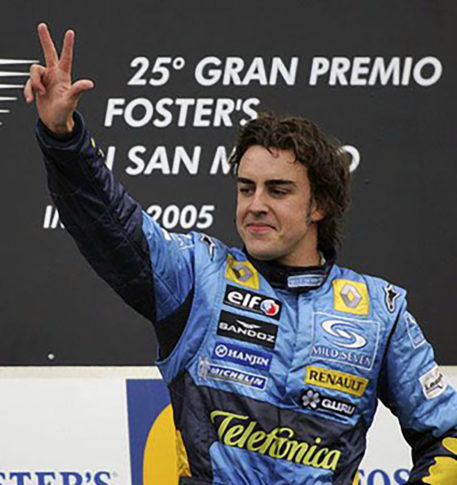 Fabulous original artwork from British motorsports artist Simon Ward.  The work depicts the 24 year old Fernando Alonso making history to become the youngest ever Formula One world champion, as well as making him the first-ever Spanish World Champion. Fernando is seen in the image winning the San Marino Grand Prix on 24th of April, 2005. In this work Alonso’s Renault R25 is shown fending off the charging Ferrari of Michael Schumacher out of the final chicane, scoring an impressive victory over the old master at Ferrari’s home circuit. This ‘head to head’ race symbolized a changing of the guard and demonstrated that the previous five years of Schumacher and Ferrari domination were finally coming to an end.

The work was composed, signed and dated by Ward in 2017. It has also been personally signed by two time Formula One World Champion Fernando Alonso.

This work’s medium is acrylic on canvas and is 24″ x 20″ in dimension.