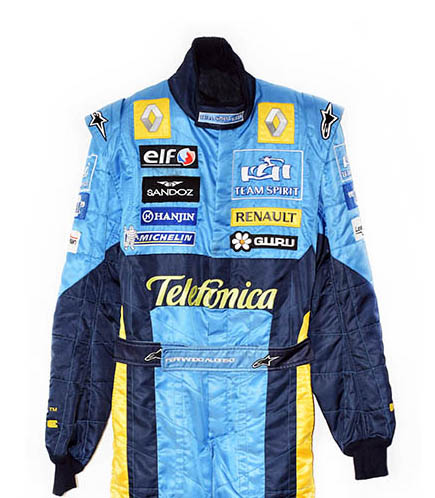 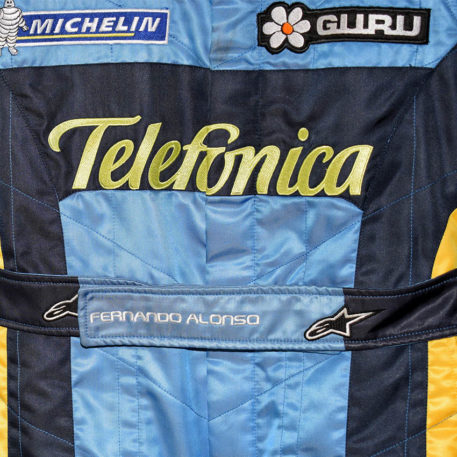 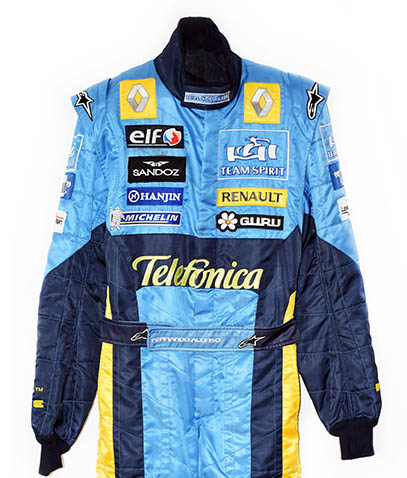 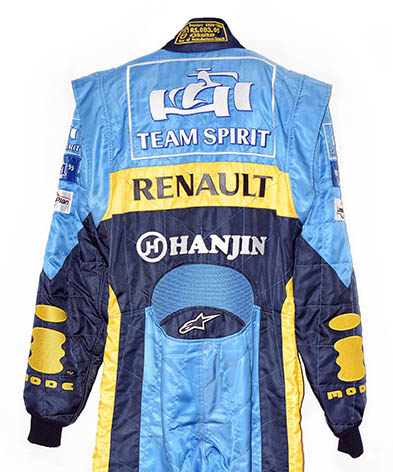 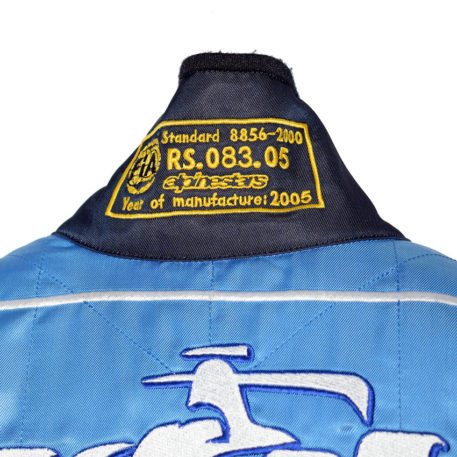 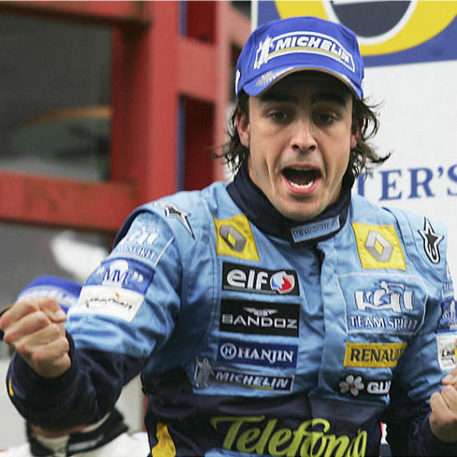 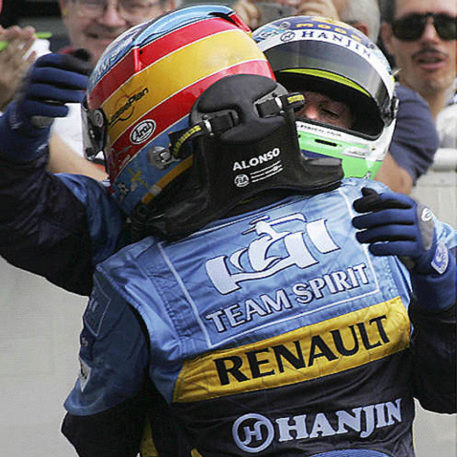 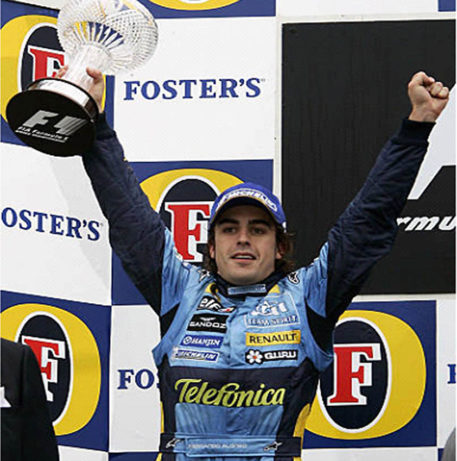 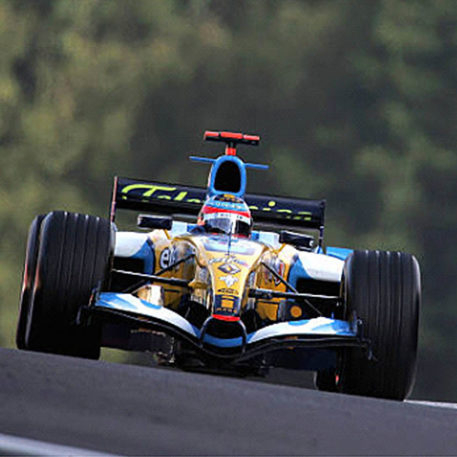 This AlpineStars suit was worn by Spanish double World Champion Fernando Alonso. It was used during his charge to winning his first Championship in 2005. Driving a Mild Seven Renault R25 he would win seven Grand Prix and notch eight other podium finishes seeing him amass 133 points and piping closes rival Kimi Räikkönen to the title.

This suit would have been used at a non tobacco advertising event (most probably a European track). It is in the bright dark/light blue and yellow colors of the Mild Seven Renault F1 team. This has the replacement ‘Team Sprit’ embroidered logos where the ‘Mild Seven’ tobacco branding would usually have been (left chest and back). It also has many other team sponsor/supplier brandings applied onto the suit including Spanish telecommunications company ‘Telefónica’ prominent to the midriff and South Korean shipping company ‘Hanjin’ to the middle back. Teams engine supplier ‘Renault’ featuring prominently to the front and back.

Stunning looking World Champions suit of one of the most respected drivers of the modern era.