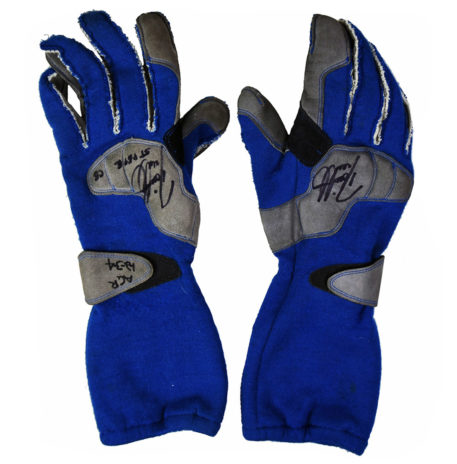 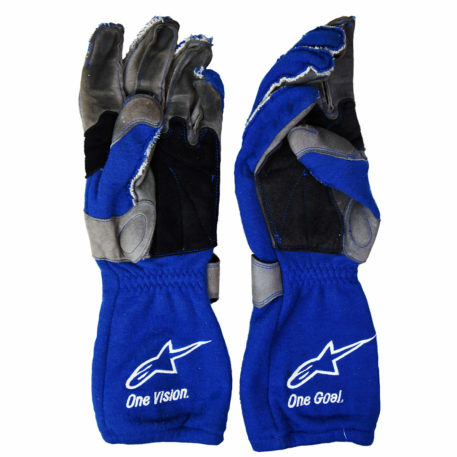 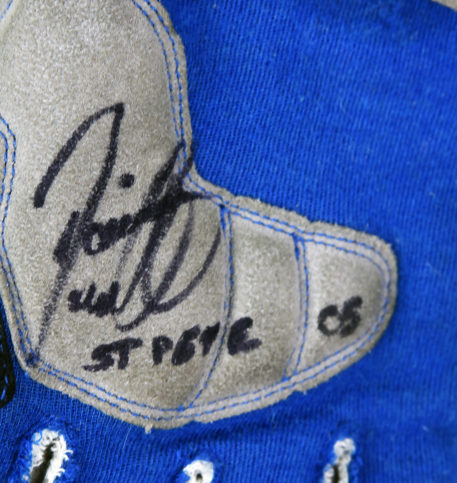 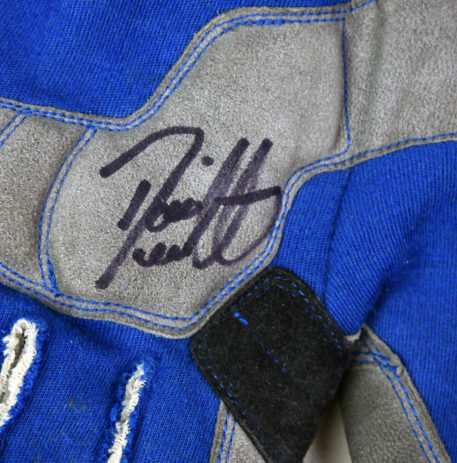 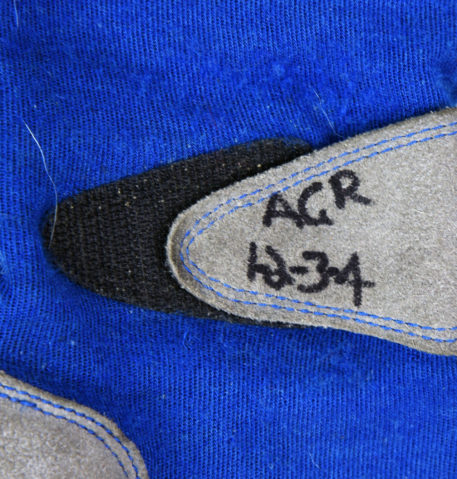 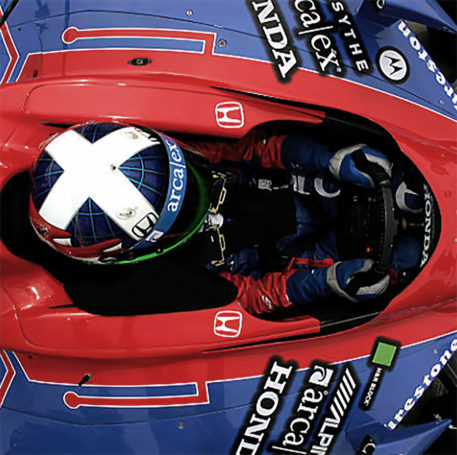 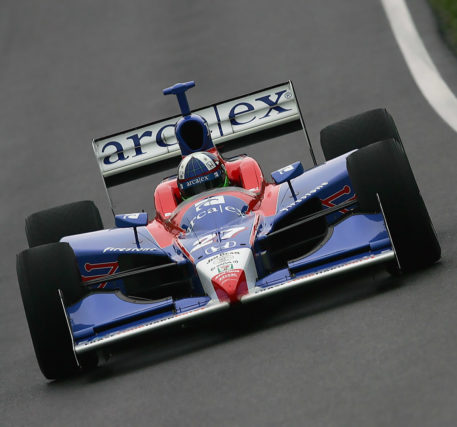 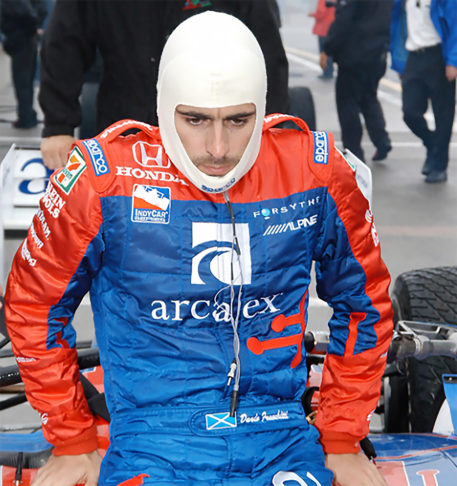 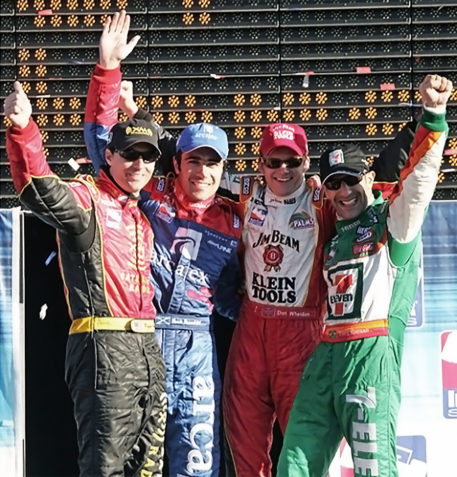 Pair of blue Alpinestars race gloves used by former four-time IndyCar Champion and three-time Indy 500 winner Dario Franchitti. The Scottish driver used these gloves while driving for the Andretti Green Racing during the 2005 IndyCar season. They have been race documented as a pair worn at the Firestone Grand Prix of St. Petersburg where Franchitti finished on the podium in third place. The Andretti Green Racing Team dominated the event with teammates Dan Wheldon and Tony Kanaan placing first and second respectively, with the fourth member of the team, Bryan Herta, finishing in fourth position.

Franchitti has personally signed both gloves on their grey leather knuckle protection. He has also documented the race/date and the teams 1-2-3-4 result on the left glove.