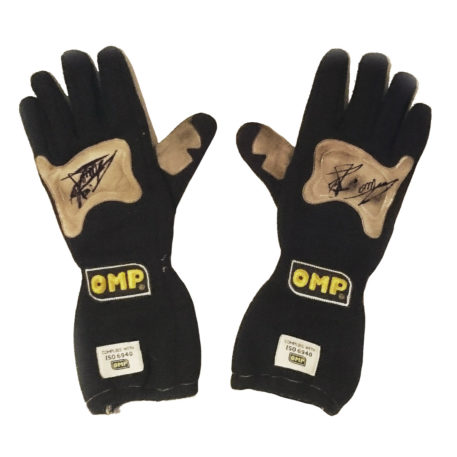 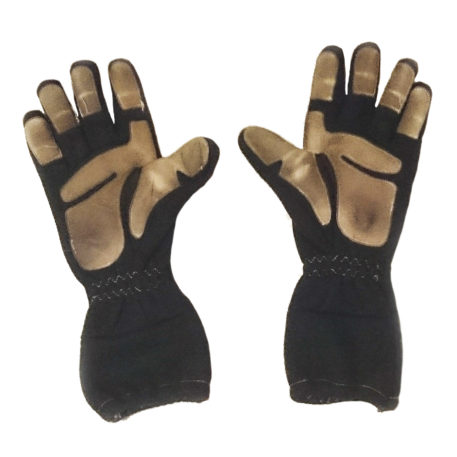 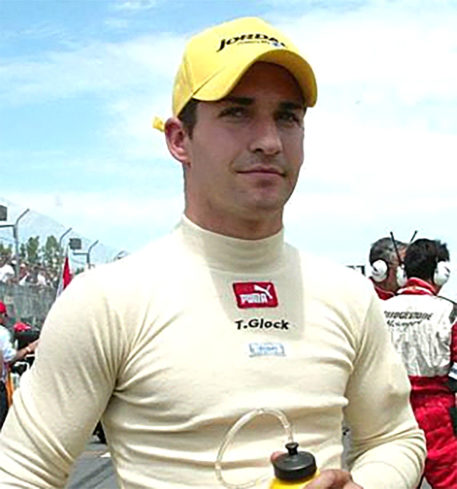 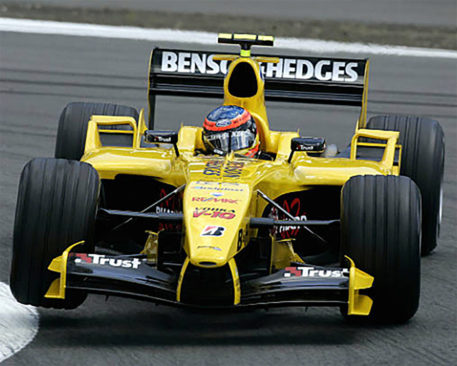 Great opportunity to own an item from the driver that made F1 history and became famous for his part in the grande finale to tightly contested 2008 F1 championship season.

Pair of black gloves used by German driver Timo Glock during his time with the Jordan F1 Team. Glock was signed as the team’s test driver for the season but was given his Formula One debut at the Canadian Grand Prix replacing Giorgio Pantano, who had a dispute with Jordan. He finished eleventh but inherited seventh place following the disqualification of the Williams and Toyota cars and thus scored two points on his debut. He finished the season taking a fulltime seat with Jordan for the last three races.

The black OMP gloves have beige leather palms and thumbs with knuckle protective panels.  The top of the gloves have OMP branding patches and FIA compliance labels attached.

Both knuckle panels have been personally signed by Timo Glock and come with a full Certificate Of Authenticity.