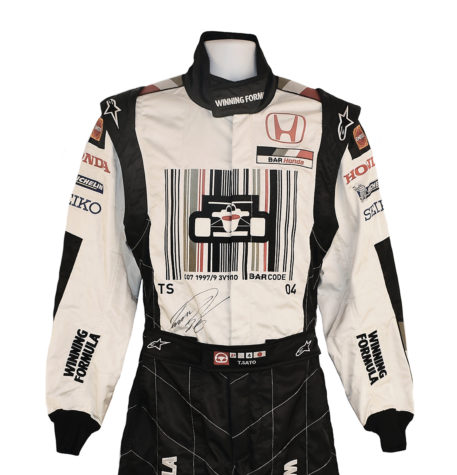 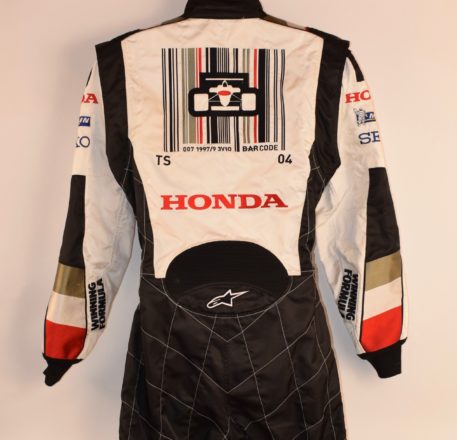 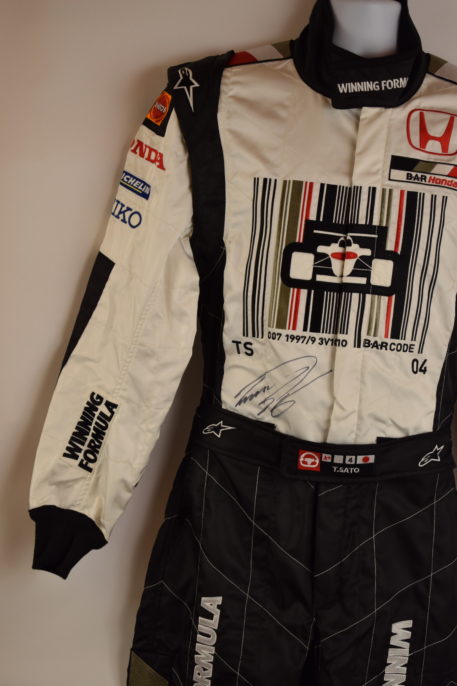 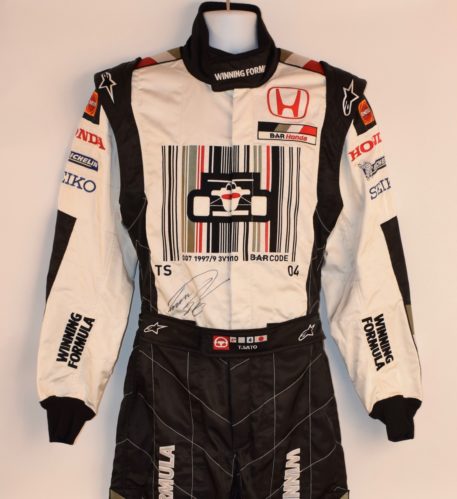 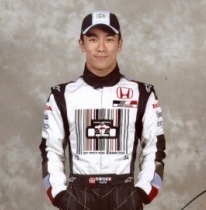 Rare race suit of one of the most popular Japanese drivers ever, Takuma Sato. This one layer Nomex Alpinestars suit is from the Honda British American Racing Team in 2004. The suit was used at the BAR 006 car launch and other promotional non-tobacco photo shoots. Sato spent three years with the team and 2004 was his most successful having scored nine top ten finishes including a famous podium. Sato moved to the IndyCar Series winning the 2012 Long Beach Grand Prix and winning the Indianapolis 500 in 2017. The suit comes in the black and white colours of the BAR team and with the team’s unique barcode logo embroidered on the front and back of the suit.

This is a great opportunity to own a rare suit as Sato items rarely appear on the open market. The suit is also personally signed by the Japanese driver.