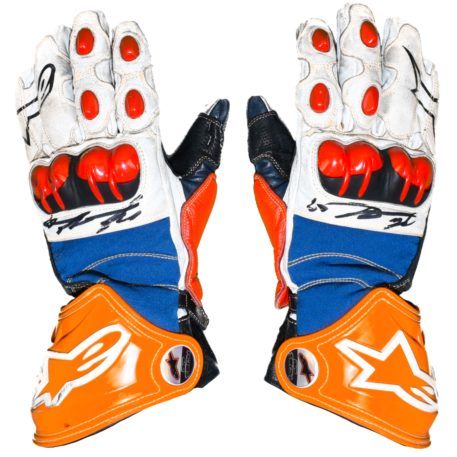 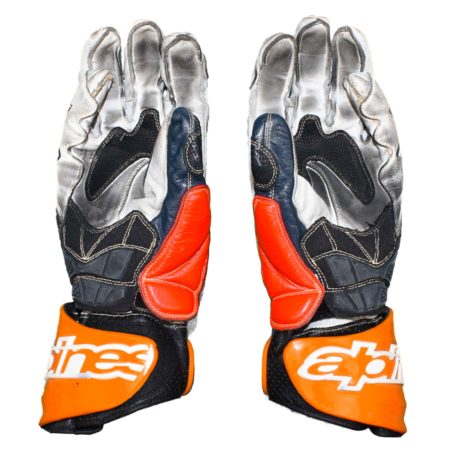 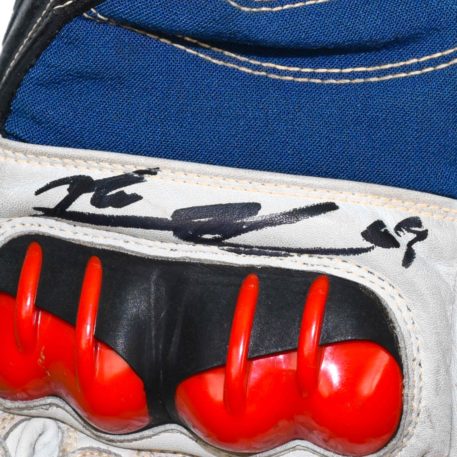 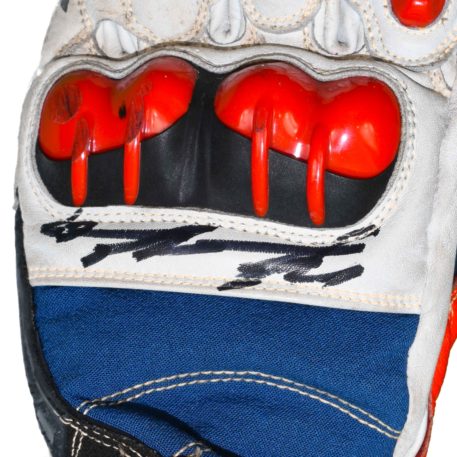 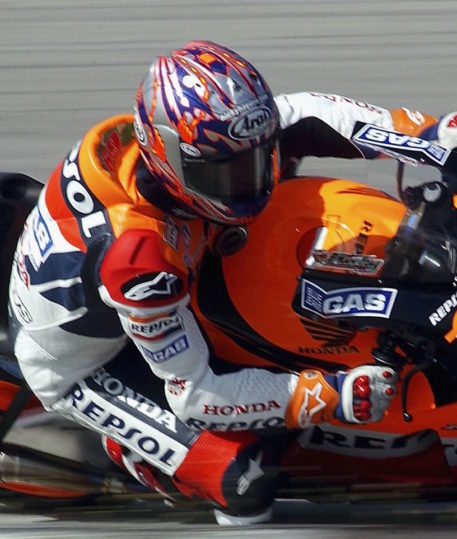 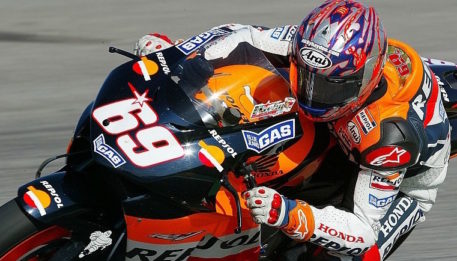 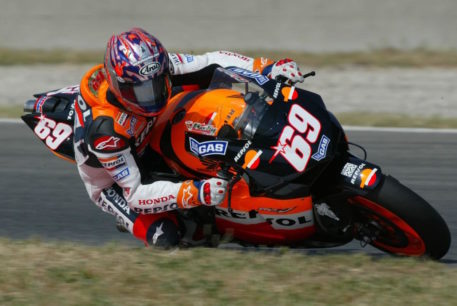 Alpinestars MotoGP gloves signed by the legendary Nicky Hayden after using them during the 2004 season with the Repsol Honda team.

The multiple colors, in orange, blue, white, red and black, give the gloves a stunning look, and have each been signed just below the knuckle protectors.

The Kentucky Kid, who was born in Owensboro, Ky., would win his first MotoGP race back in 2005 at Laguna Seca, repeating as winner there a year later in his championship-winning season. Hayden’s other MotoGP win came in 2006 at the Assen circuit in The Netherlands.

Hayden lost his life bicycling in Italy in May 2017, and he was posthumously inducted into the AMA Motorcycle Hall of Fame the next year. He had been the AMA Superbike Champion in 2002 as well.