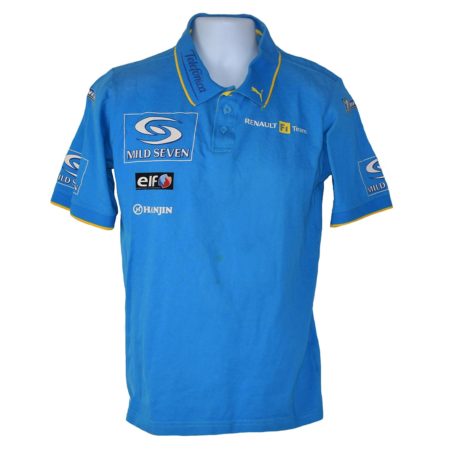 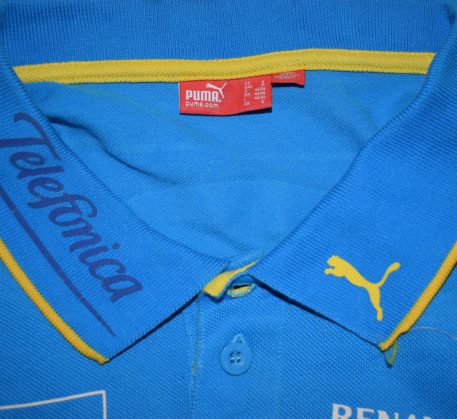 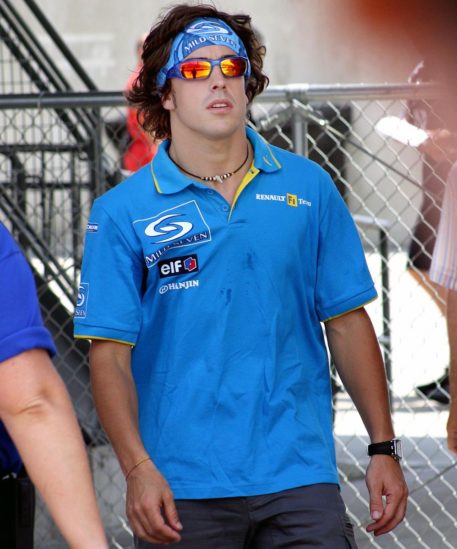 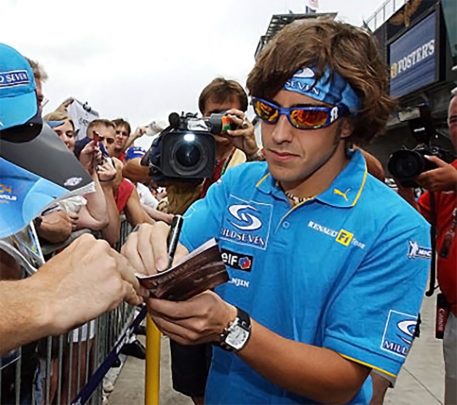 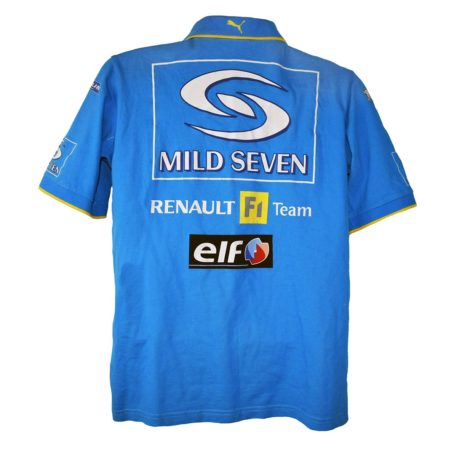 Puma Racing Products team issue only polo shirt from the Mild Seven Renault F1 Team. These heavyweight cotton drill polo shirts were issued exclusively to team members during the 2004 Formula One season. They were not made available to the general public and are now a rare and hard to find item. The azure blue shirt with yellow trim has the team’s major sponsor, Japanese cigarette manufacturers ‘MildSeven’, emblazoned on the chest, arms and across it’s back. These shirts were only used at the few events that allowed tobacco advertising in 2004. It also has branding logos from other sponsors/suppliers such as Telefonica, Hanjin, elf, and Michelin.  Although it has been previously worn it’s in excellent condition and is labeled as a size small. Mild Seven Renault driver Fernando Alonso can be seen wearing a similar shirt in the pits while greeting fans (see pictures).

The polo shirt comes with a Certificate Of Authenticity.