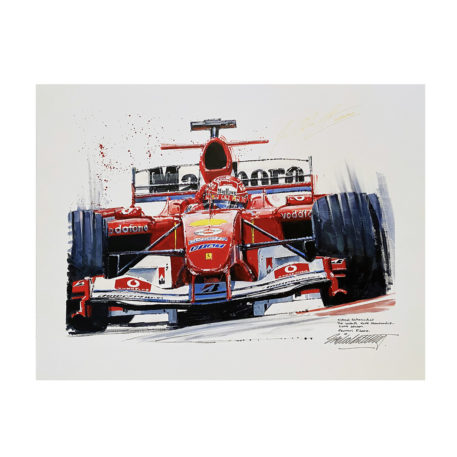 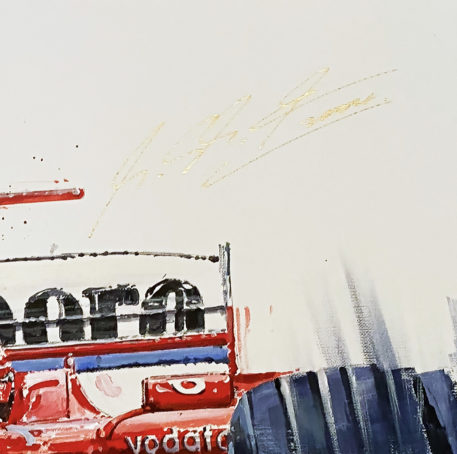 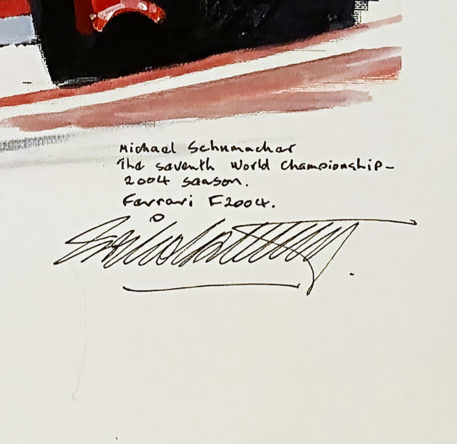 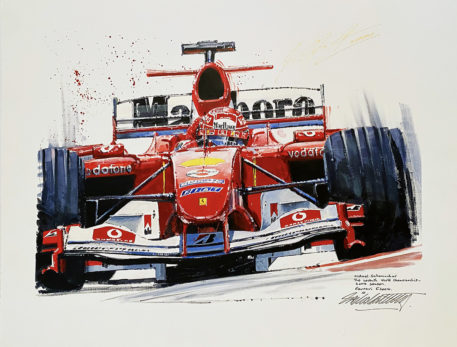 A fabulous Nicolas Watts original acrylic on art paper rendition commemorating Michael Schumacher’s 7th World Championship win in 2004 while driving a Ferrari F2004 V10. Schumacher would prove to be almost unbeatable by dominating and winning twelve of the first thirteen races and eventually scoring a total of thirteen race victories during the 2004 season.

This brilliant image on (approximate size 12″ x 18″) of Schumacher’s Ferrari “comin’ right at you“, in bright vibrant colors, has been personally signed and dated by both the seven-time F1 World Champion Michael Schumacher in gold pen and by world-renowned motorsports artist Nicolas Watts.

This would be a fantastic ‘conversation starter’ piece to hang in your collection.