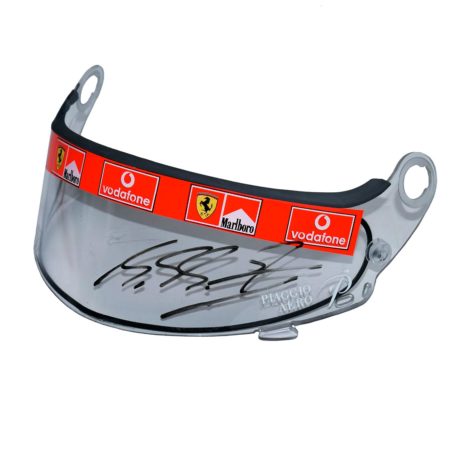 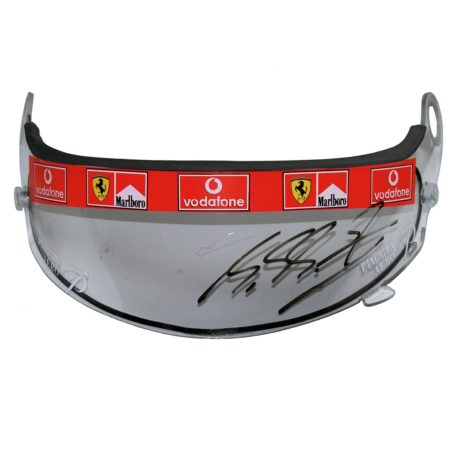 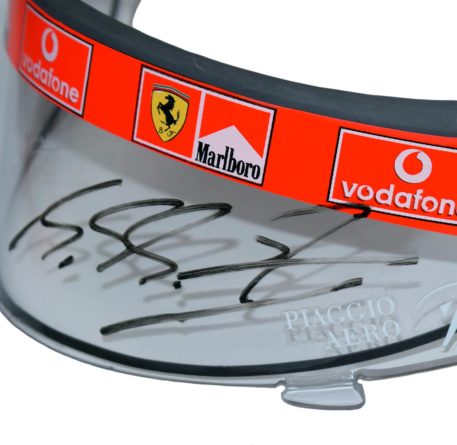 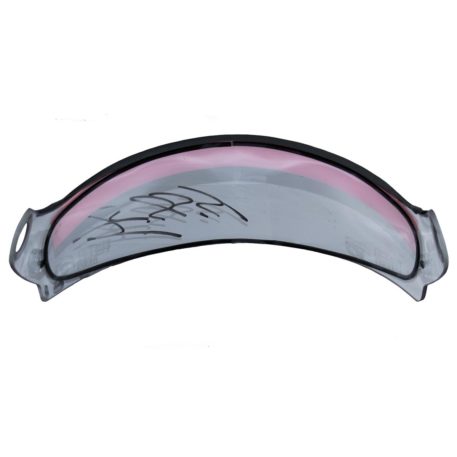 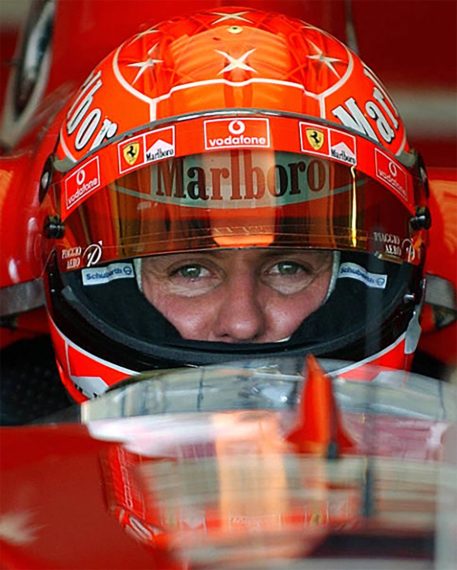 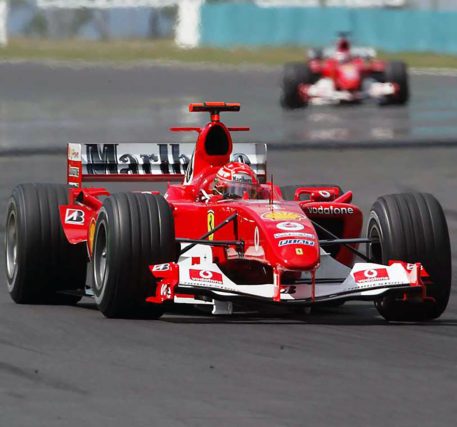 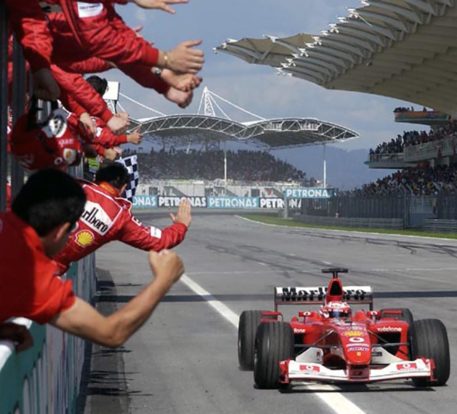 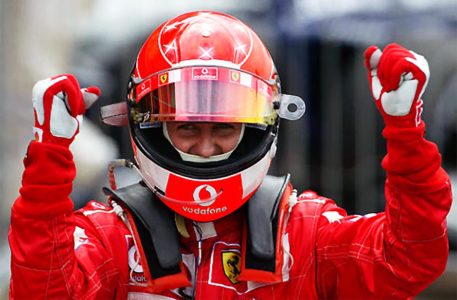 Race-worn and signed Schuberth helmet visor used by none other than F1 legend Michael Schumacher. This visor was used sometime during the 2004 Formula One season where Schumacher would record the last of his seven World Championship titles. The tinted visor has the Scuderia Ferrari ‘Prancing Horse’ Marlboro/Vodafone branding logo sun strip along the top. It also has Piaggio Aero decals on the cheeks which differ slightly from previous years.

The visor has Michael Schumacher signature and comes with a full Certificate Of Authenticity.

This a rare chance to acquire this piece of F1 history, used and signed by one of the true greats of Formula One racing.