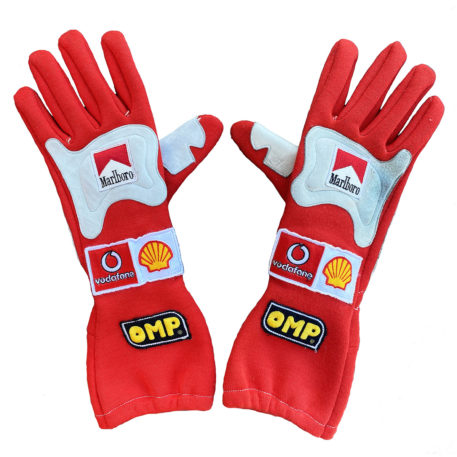 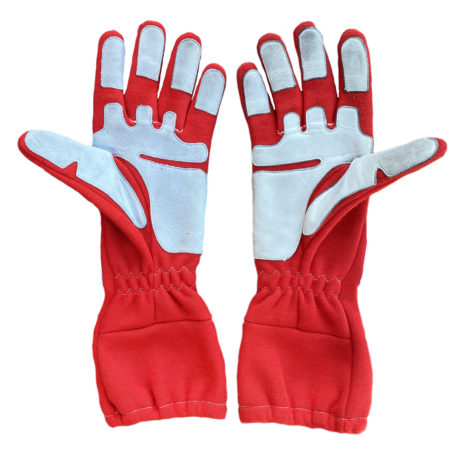 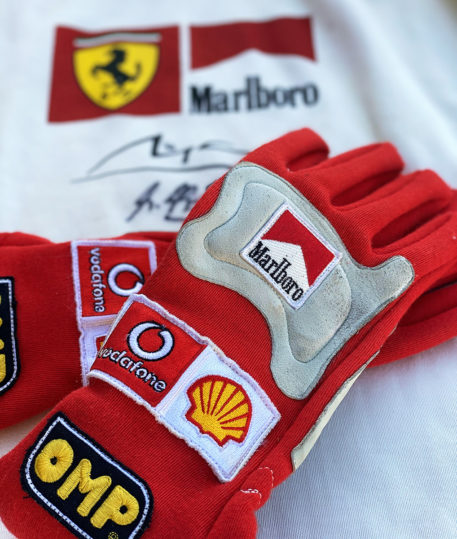 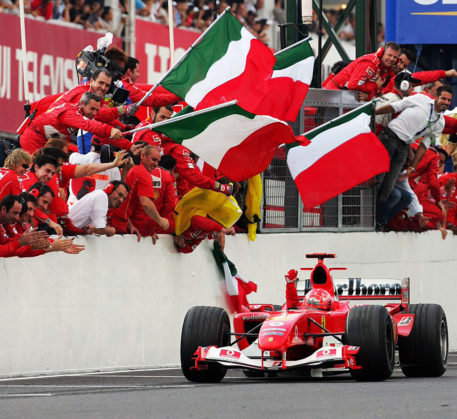 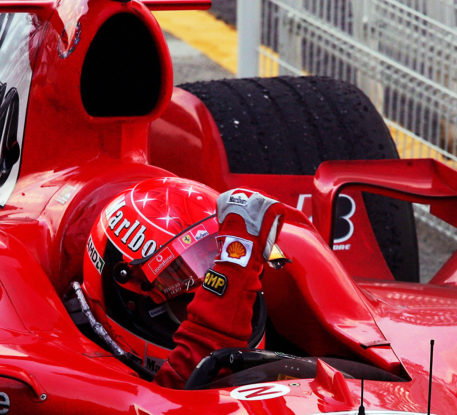 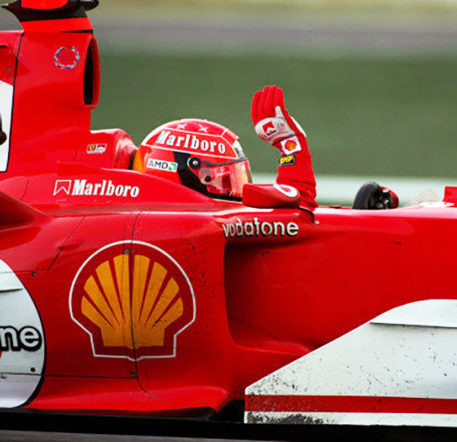 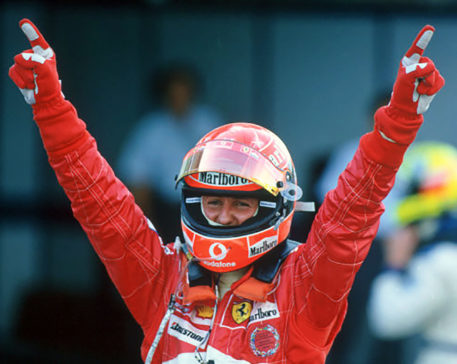 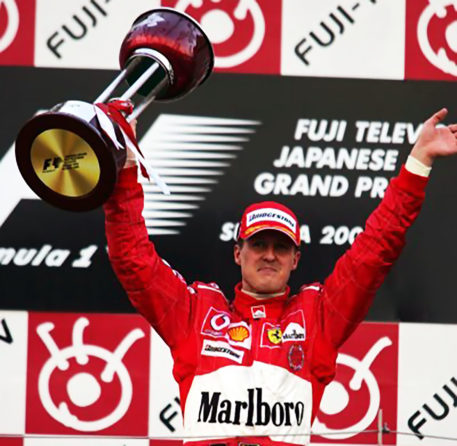 OMP race gloves worn by 7-time Formula One World Champion Michael Schumacher on his way to victory during the 2004 Japanese Grand Prix at the Suzuka race circuit. The German, driving a Scuderia Ferrari Marlboro 053 machine, would win comfortably starting from pole position and leading all the way to the chequered flag. This was his 13th and last win of the 2004 season, breaking his own record from 2002 when he won a total of 11 races. This, along with his other season’s victories, would see Schumacher take his seventh and final World Championship title. The gloves show race wear and can be seen being worn in many of the pictures taken on race day (see pictures).

The top of the red gloves have joint sponsor labels from Shell/Vodafone attached to both of the wrists and OMP branding logos on the cuffs. They have light grey leather protection panels sewn to the knuckle areas and these have Marlboro chevron labels attached to them. The inner palms, thumbs and tips of the fingers are all protected with stitched on, light grey leather panels.

This a fantastic opportunity to acquire these personally race-used gloves from one of the greatest, if not the all-time best, racing drivers in F1 history.