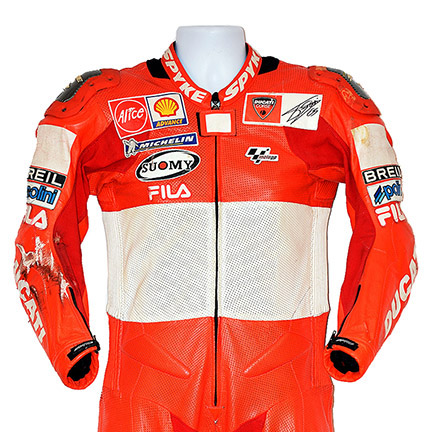 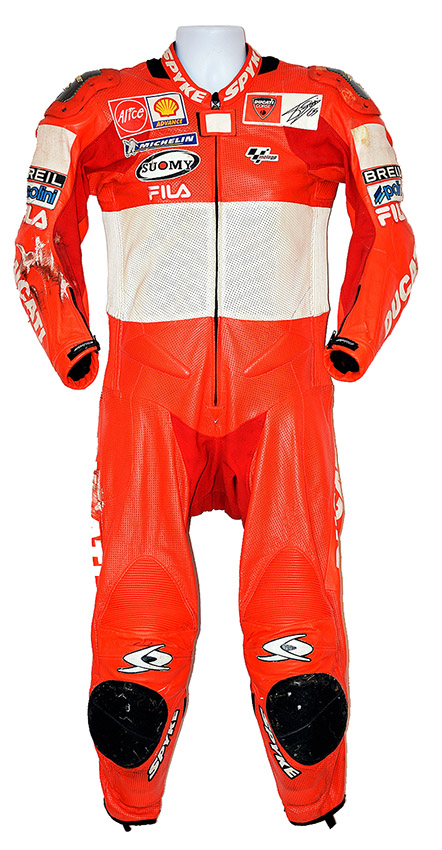 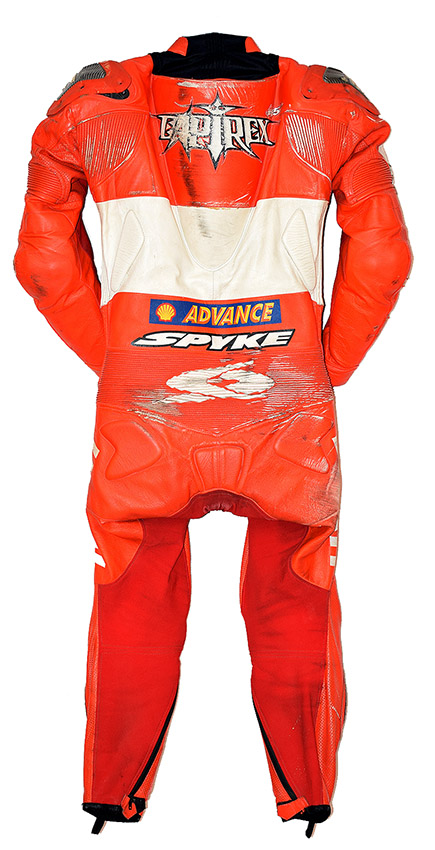 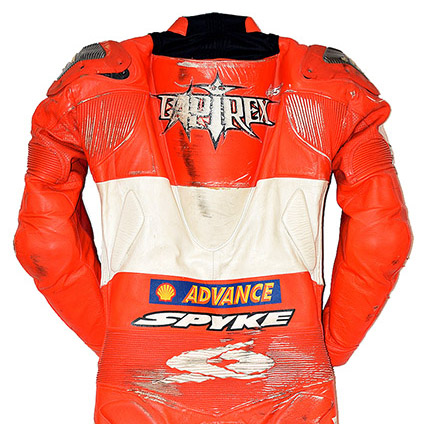 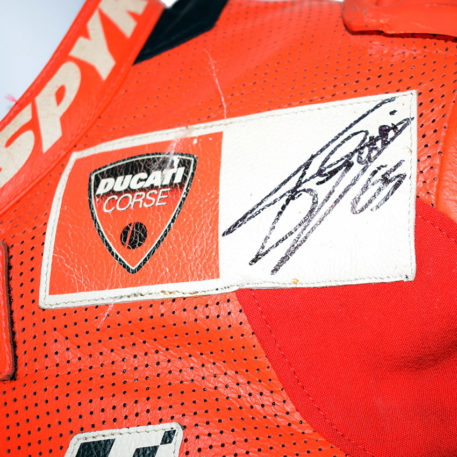 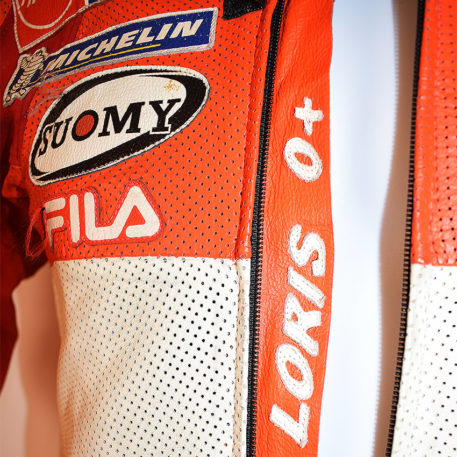 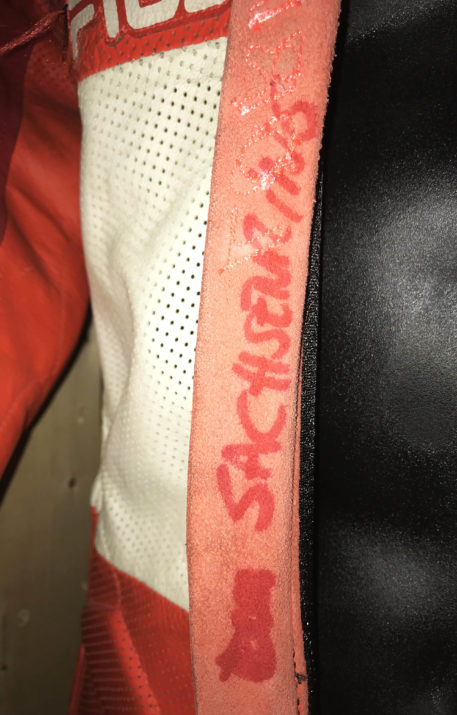 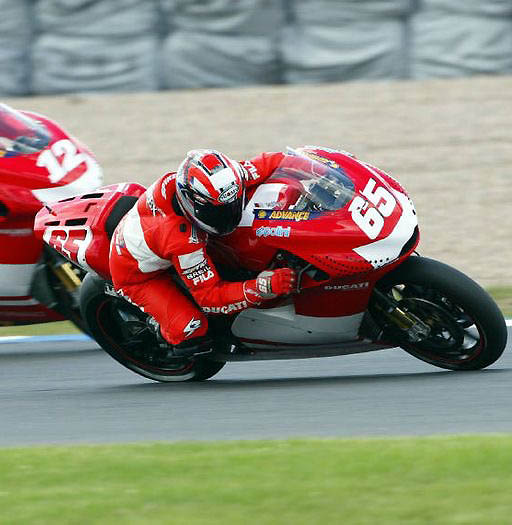 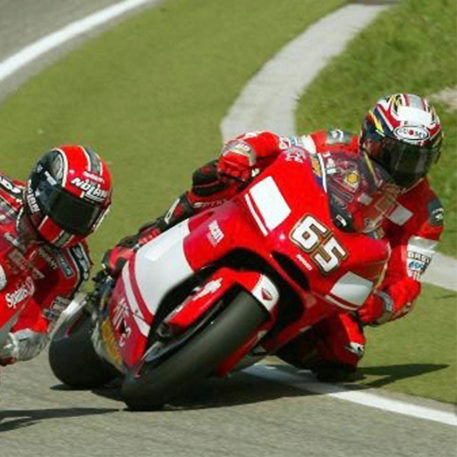 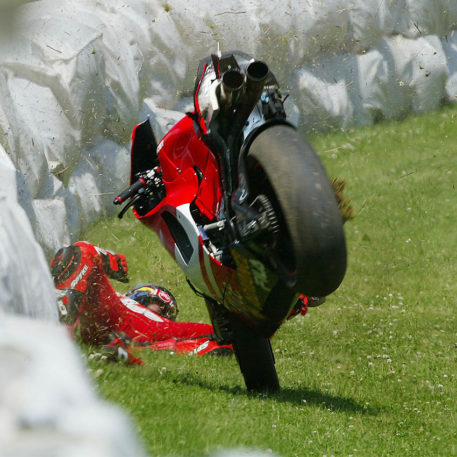 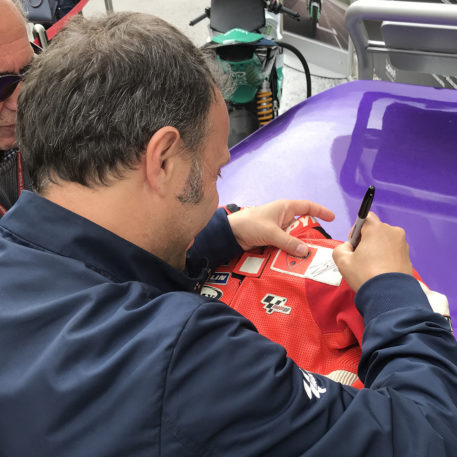 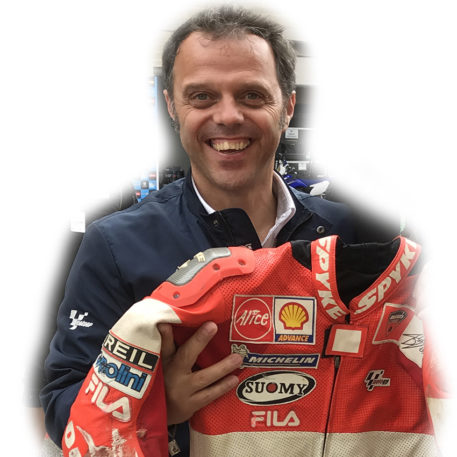 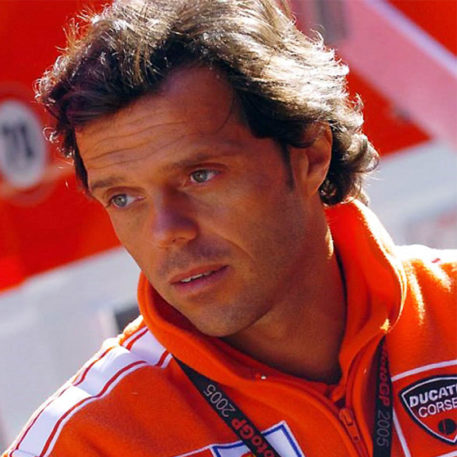 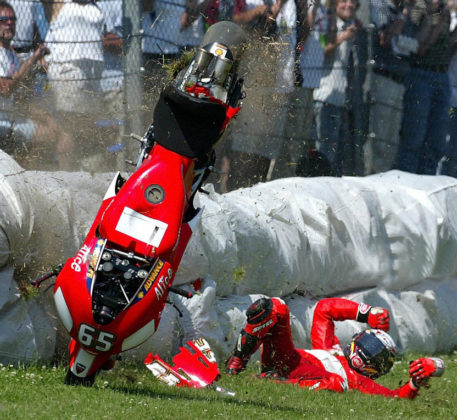 Capirossi is well known as a Ducati legend for being the first rider to win in MotoGP on a the Italian manufacturer.

Marlboro has been the title sponsor of Ducati since 2003, although its name does not currently appear on the team’s motorcycle. This comes at a time when advertising of tobacco sponsorship has become illegal in the European Union and eventually by late 2007 worldwide.

During Capirossi’s 5 year stint on the Ducati from 2003-07, it was a great period in racing history for the Italian riders with Capirossi competing wheel to wheel with the likes of Max Biaggi and Valentino Rossi. He impressed at the highest level in these 5 seasons collecting 8 pole positions, 23 podiums and 7 MotoGP victories for Ducati.

Capirossi who competed between 1990 and 2011 was a three time World Champion who had wins in every class of the sport from 125cc, 250cc, 500cc through to MotoGP. Starting 328 races, winning a total of 29 with 99 podium finishes and was the first Grand Prix rider to make at least 300 race starts.

His #65 was officially retired by MotoGP.

These 2004 Ducati Corse race used Leathers were used while riding his Ducati GP4 at several events that season and last used at the German Prix in Sachsenring where he crashed out of the race.

This great set of leathers show all the scarring of competition. This Vibrant orange non tobacco advertising set with the Ducati/Shell/Fila sponsorship will stand out in anybody’s collection.

Don’t miss this great chance to add a true Ducati MotoGP legend’s item in your collection.

Leathers have been signed by Loris Capirossi