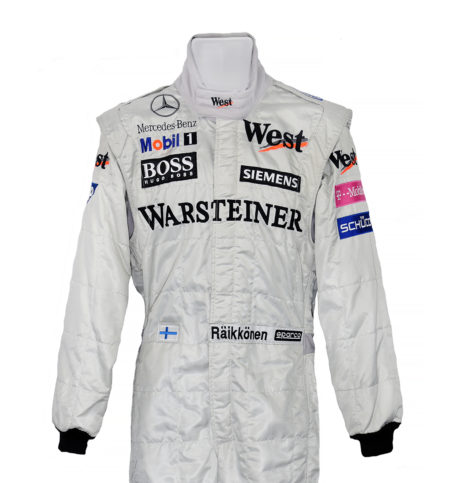 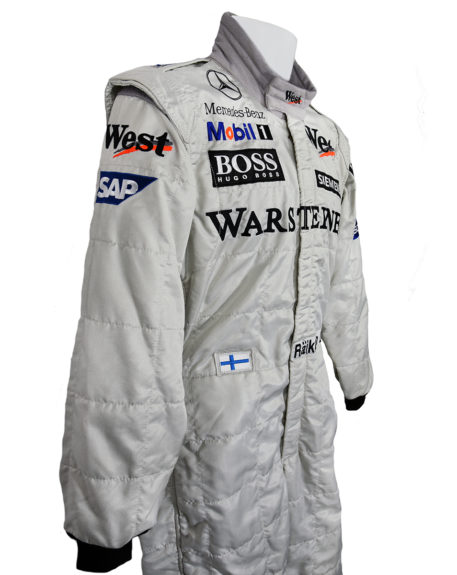 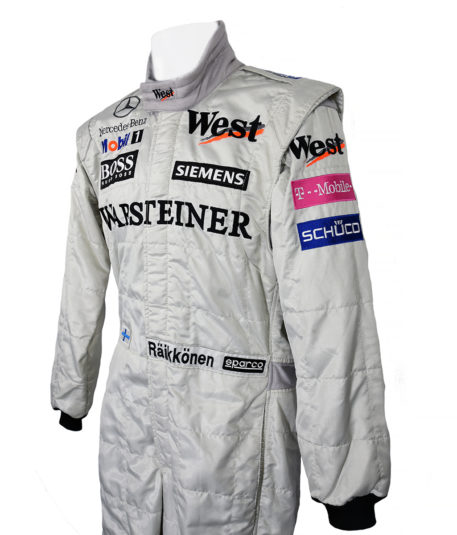 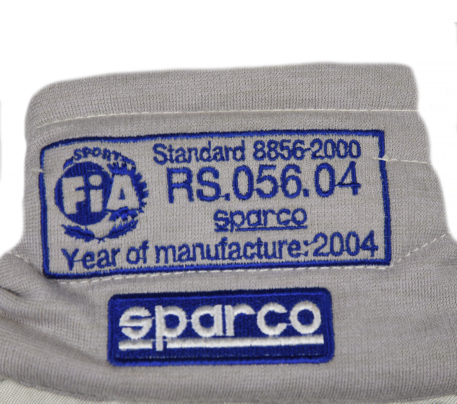 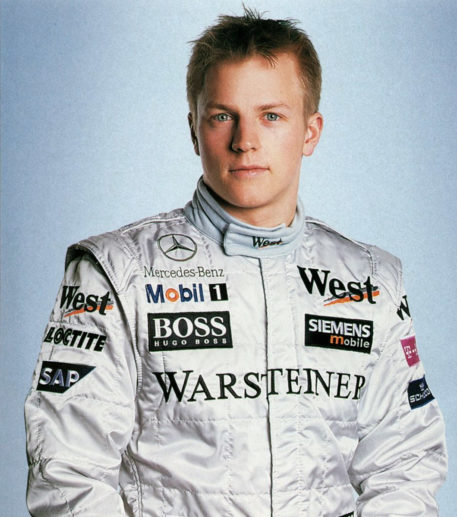 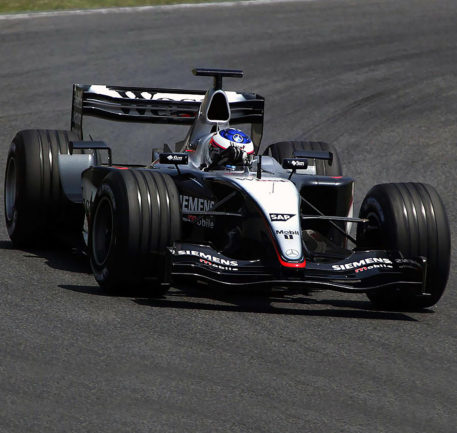 Sharp looking race suit used by Finnish driver and 2007 Formula 1 World Champion Kimi Räikkönen, This suit was worn during the 2004 season while Räikkönen drove for the West McLaren Mercedes team. Räikkönen would have four podium finishes during the season including a win at the Belgian Grand Prix.

The Mercedes silver suit has sponsor beer brewer Warsteiner’s branding lettering across its chest. On the left chest, arms, neck and back of the suit you’ll find the team’s major sponsor West cigarettes trademark lettering. Branding logos from various other sponsors/suppliers decorate the chest and arms, which include SAP, Hugo Boss, Mobile 1, T-Mobile and, of course, Mercedes Benz. Räikkönen’s name and Finnish national flag are embroidered onto the waist.