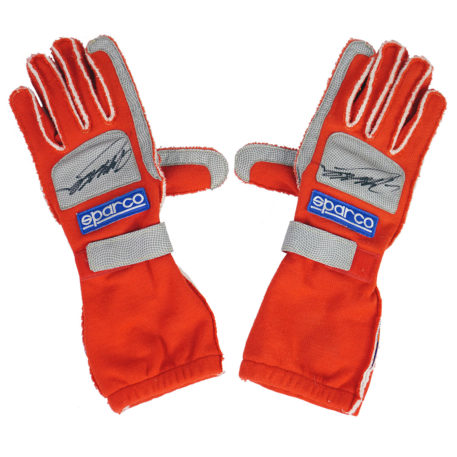 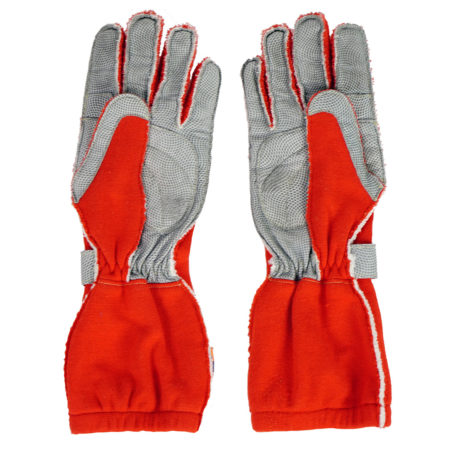 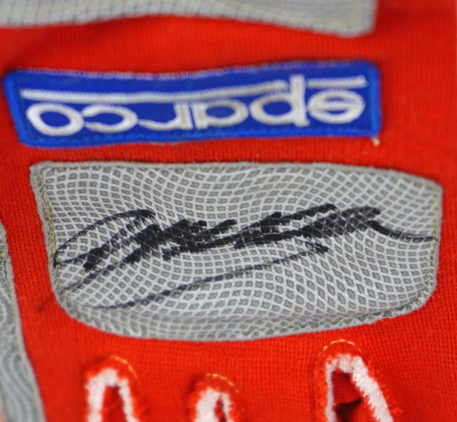 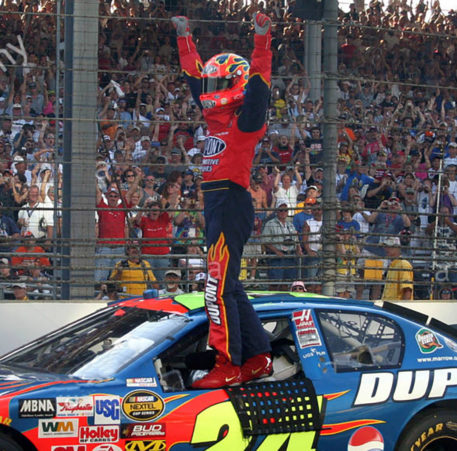 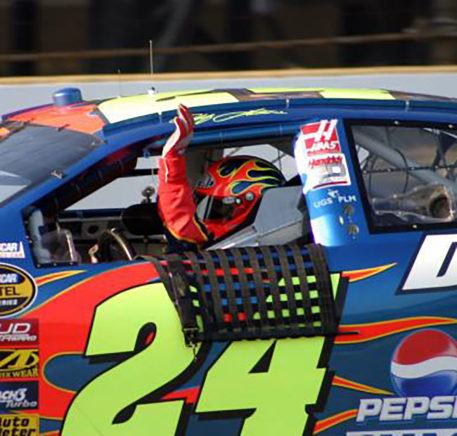 Pair of Sparco race gloves worn by NASCAR superstar Jeff Gordon. The four-time Winston Cup Champion wore these gloves during the 2004 season where he scored five wins. The red gloves have grey rubber gripper fabric on the palms. The tops of the gloves have grey rubber gripper Velcro straps as well as knuckle protectors that have been personally signed by Jeff Gordon. The gloves still have all the standard labels and Sparco branding logos attached.

These rare gloves from racing legend Jeff Gordon come with a Certificate Of Authenticity.