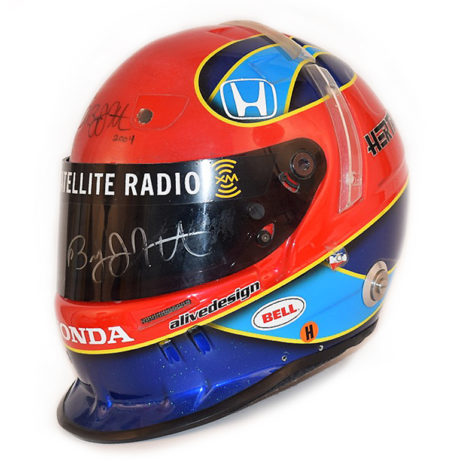 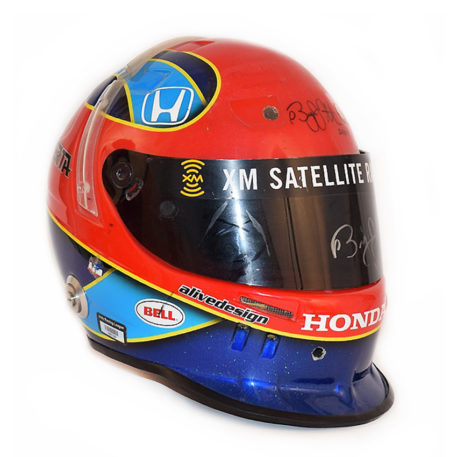 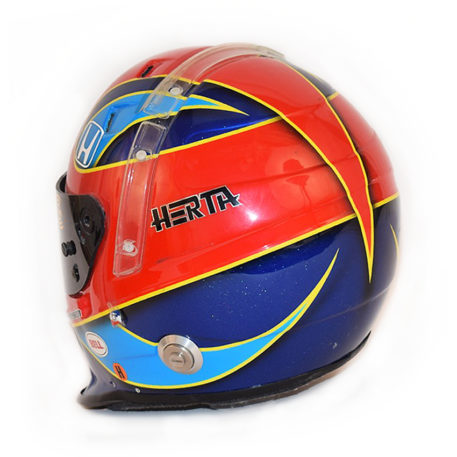 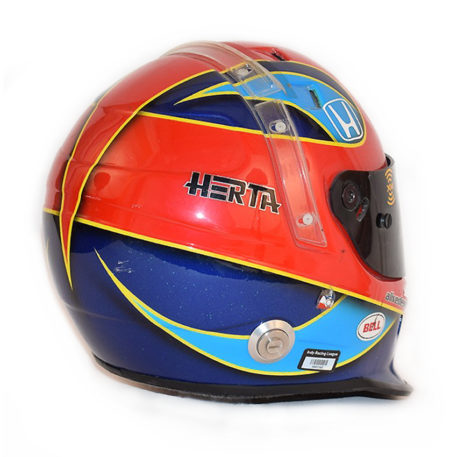 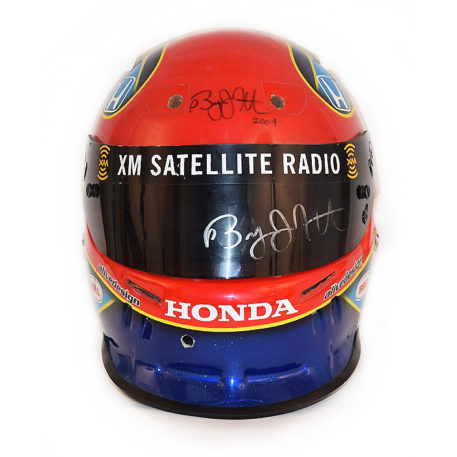 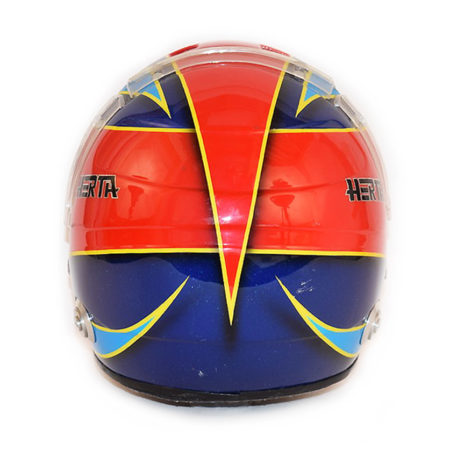 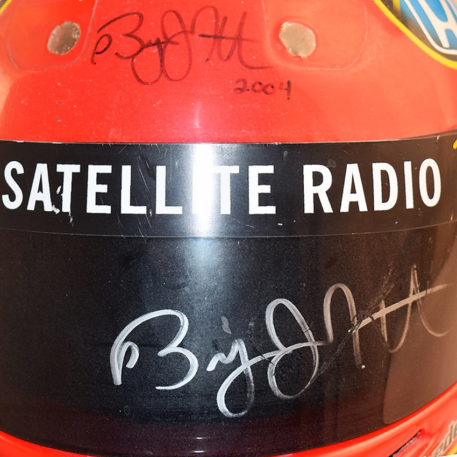 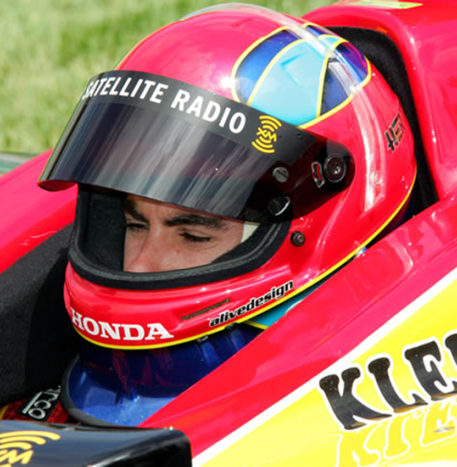 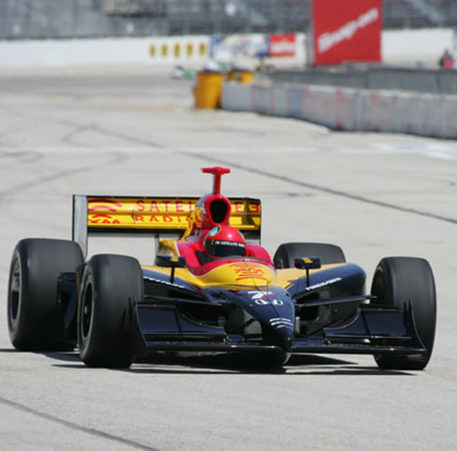 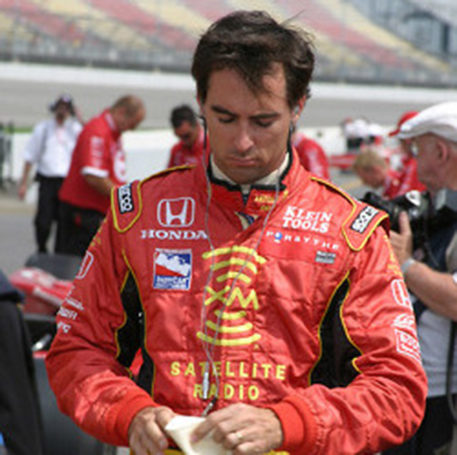 Used during the 2004 IndyCar Series while Herta was a member of the Andretti Green Racing Team. After spending nine years in the CART Series, Herta had just began to establish himself competing in the American Le Mans Sportscar Series. During the 2003 racing season, he got the call to stand in for an injured Dario Franchitti in IndyCar. The following year 2004, he become a full time member of the ‘Andretti Dream Team’ along with Franchitti, Dan Wheldon and Tony Kanaan. He had almost four seasons with the team, having two wins and many other top five finishes. Herta has since gone on to own his own team, winning the Indy 500 in 2011 and then again in 2016 in collaboration with Andretti Autosport.

This Bell helmet painted by Alive Design, has a light blue ‘half moon’ graphic on either side under a red main panel on a dark blue base all edged in yellow. It has the team’s major engine supplier Honda decals on both sides and chin along with Herta’s car sponsor XM Radio on the visor strip. it also has it’s Indycar Tech stickers.

Bryan Herta has personally signed on both the helmet and visor as well as dating when used. It comes with a Certificate of Authenticity.