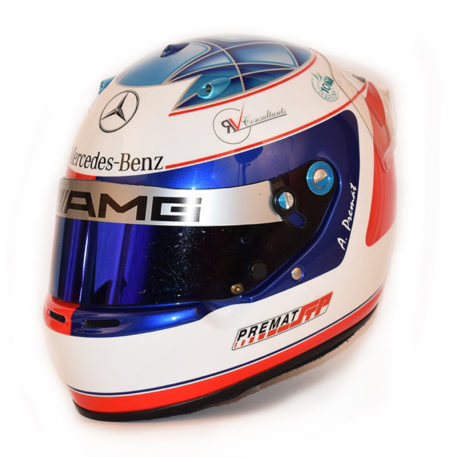 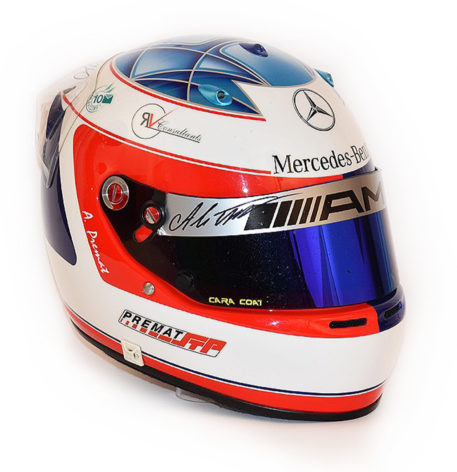 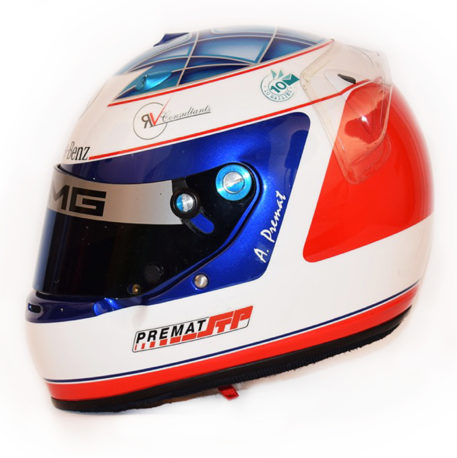 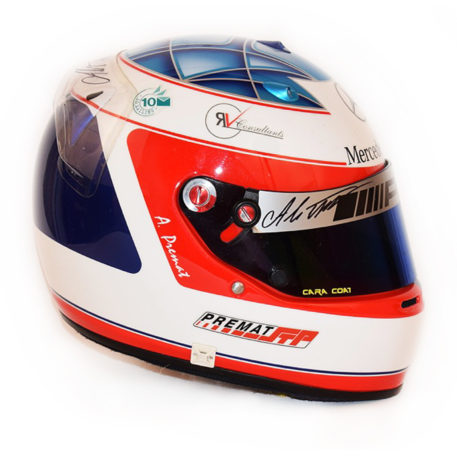 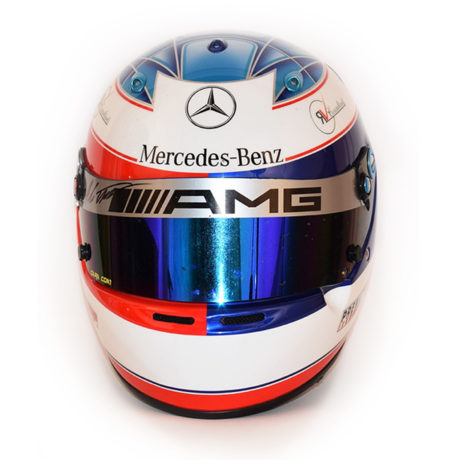 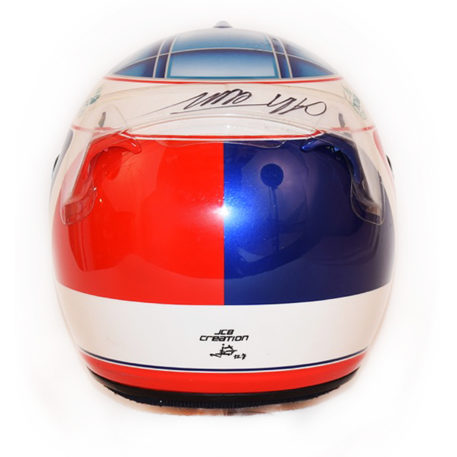 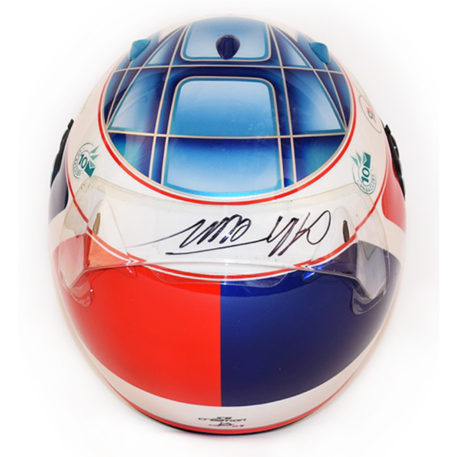 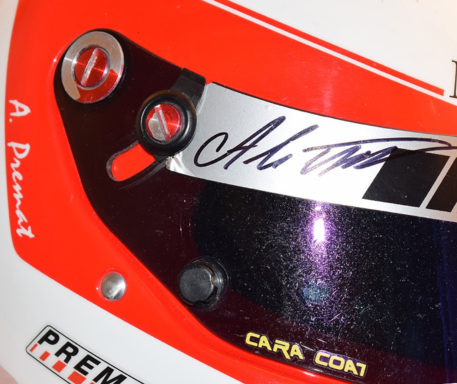 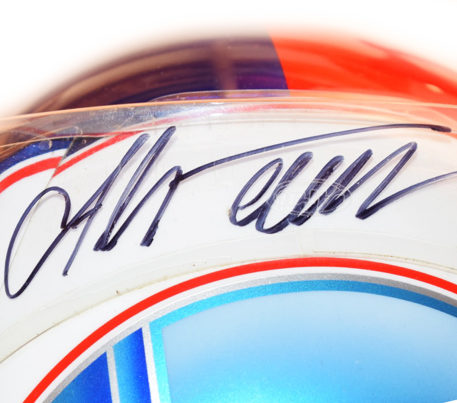 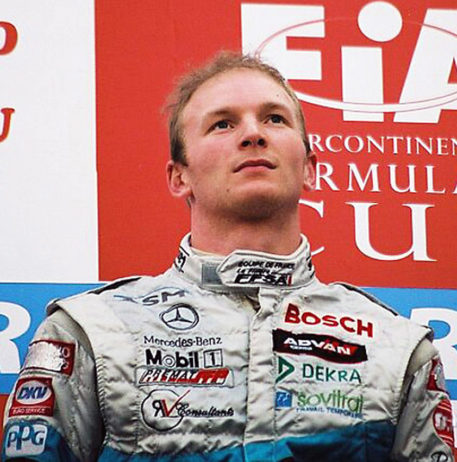 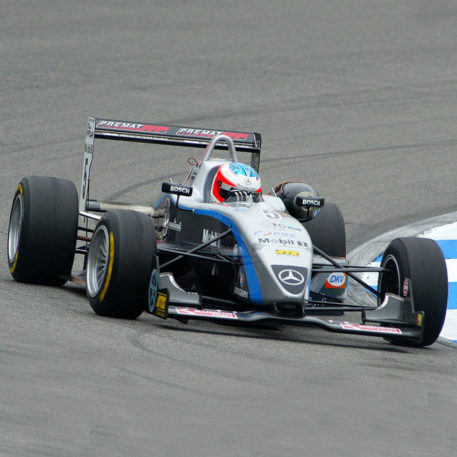 The helmet was used by Prémat while he was driving in the Formula 3 Euro Series for the ASM Racing team driving a Mercedes powered Dallara. This was his second season with the team and most successful by having seven podium finishes including two wins and finishing second in the championship. Prémat has since won the A1 Grand Prix Championship, drove Formula 1 cars, GP2, German Touring car, Endurances sports cars, and is now applying his trade in Australian Super Cars driving for DJR Team Penske.

Helmet painted by JCB creations in the red, white and blue colors of home country France, with the red and blue being split in half either side of the design. It also has a blue graphic to the top edged in red.

Alexandre Prémat has signed the helmet in two places, on the rear air deflector and on the AMG visor strip and comes with a full Certificate of Authenticity.