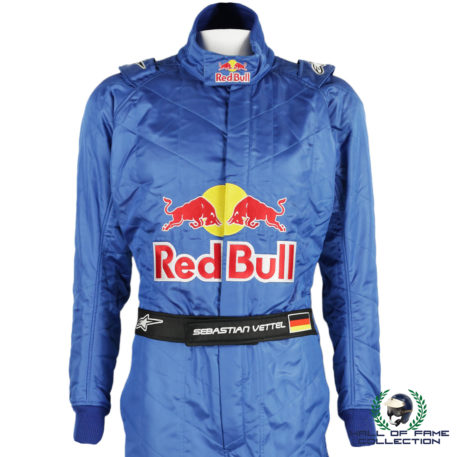 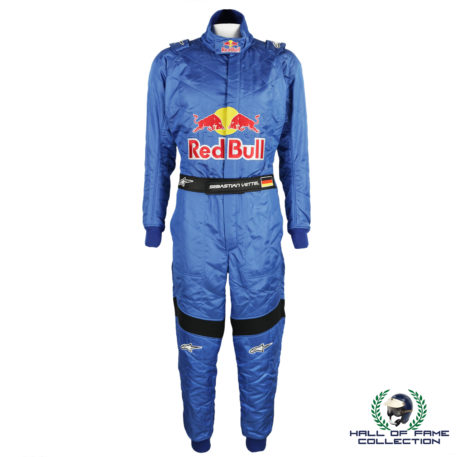 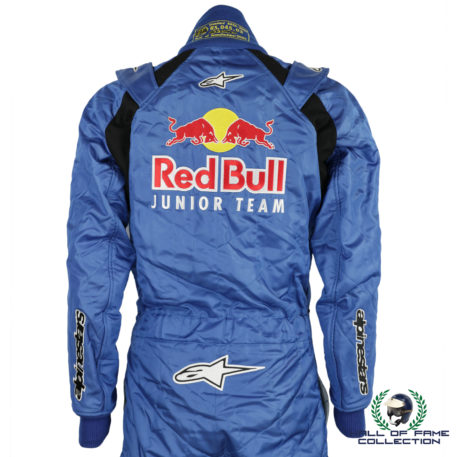 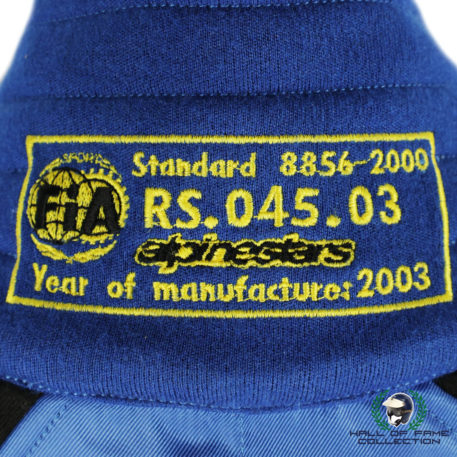 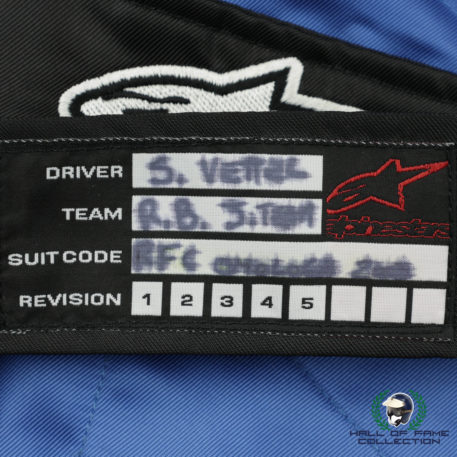 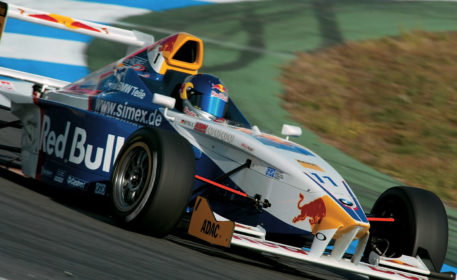 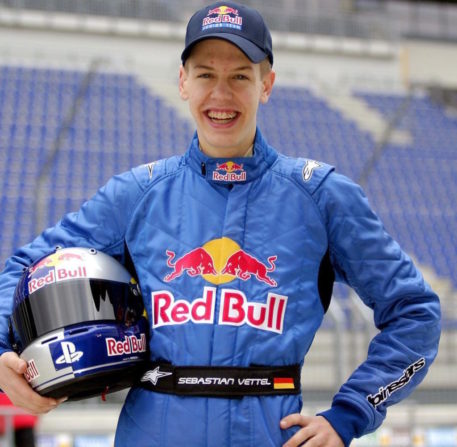 Alpinestars race suit worn by Sebastian Vettel during the 2003 season while racing for Eiffelland Racing in the Formula BMW ADAC Series. Vettel would go on to finish 2nd overall in the 19-race series with 5 wins, 12 podiums, and 5 poles.

Vettel began karting at the age of three, and began racing in karts series in 1995 at the age of eight. He was accepted into the Red Bull Junior Team in 1998, and won various titles, such as the Junior Monaco Kart Cup in 2001. Vettel was promoted to open-wheel cars in 2003, and was given a chance by Derrick Walker to test a Reynard Motorsport Champ Car in a two-day private test at the Homestead road course. A year later, he won the 2004 Formula BMW ADAC championship with 18 victories from 20 races.