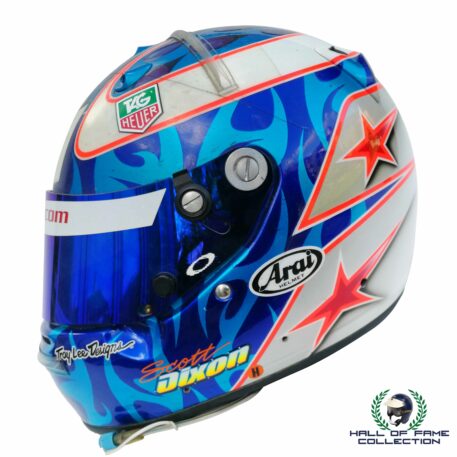 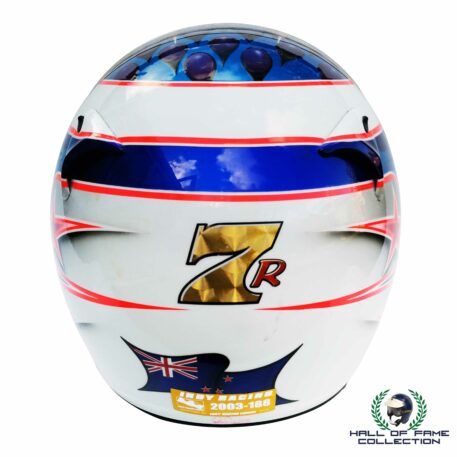 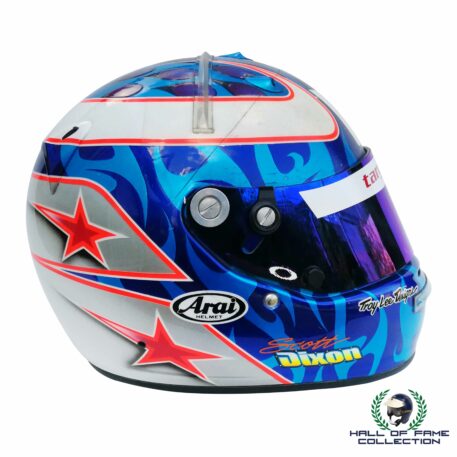 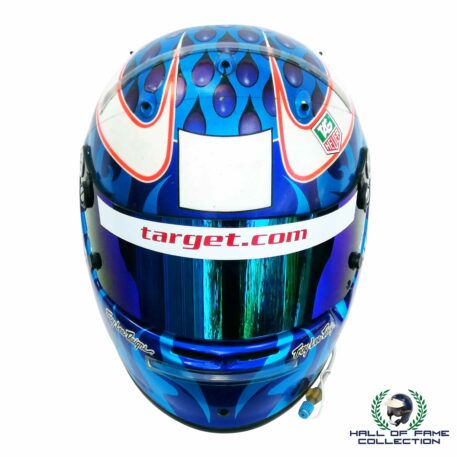 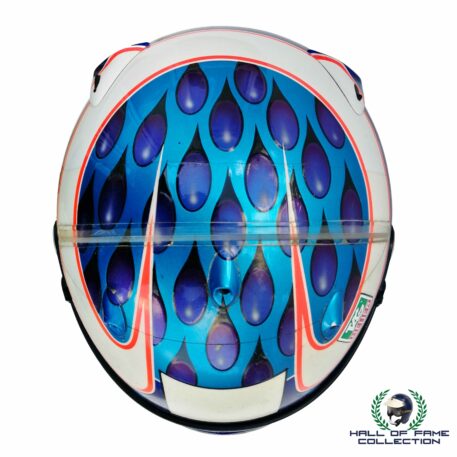 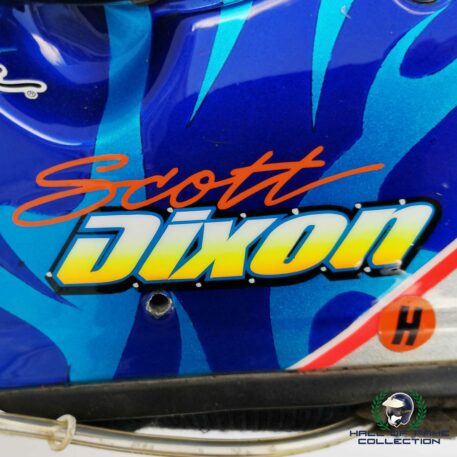 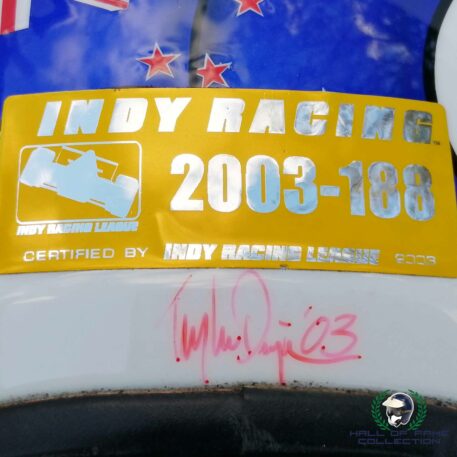 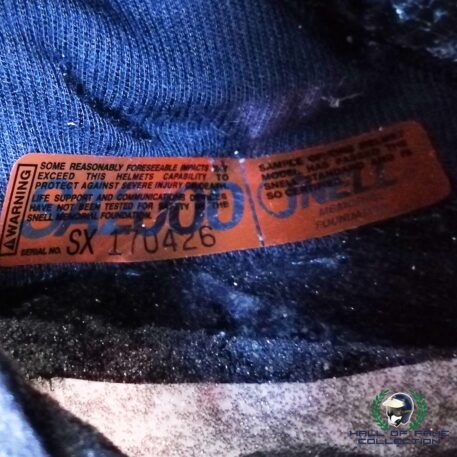 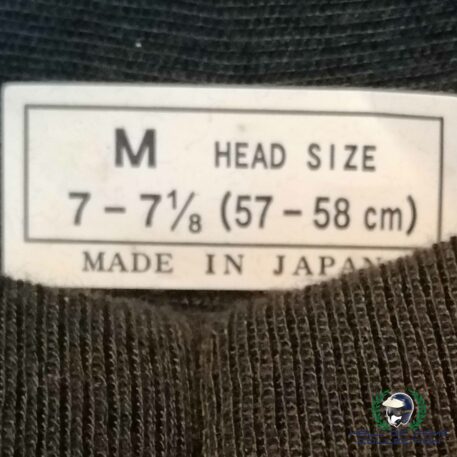 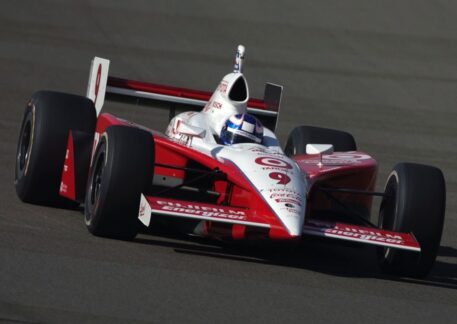 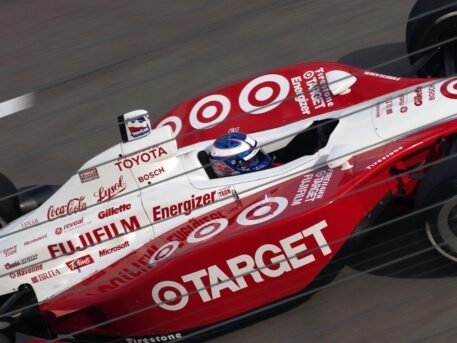 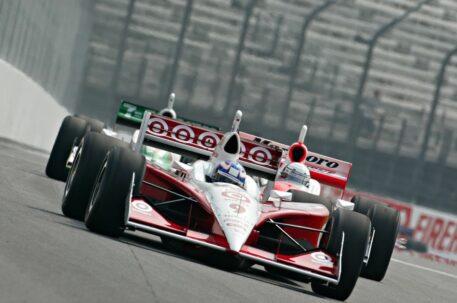 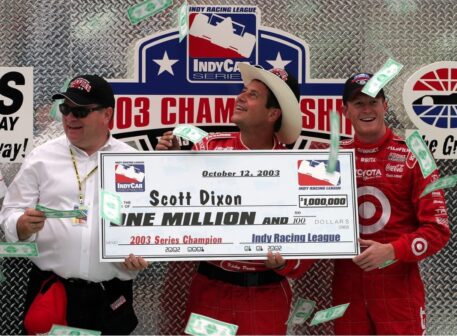 Arai helmet worn by Scott Dixon during his 2003 IndyCar Championship season while driving for Chip Ganassi Racing. This helmet has the recognizable metallic blue with white and orange stars which the Kiwi made famous in his early career. Painted by Troy Lee design it was also likely used into 2004 pre season testing as it carries the 7R sticker as a tribute to Dixon’s friend and teammate Tony Renna who lost his life in a crash on October 22nd 2003 at Indianapolis Motor Speedway.

Scott Dixon is the most accomplished driver of his generation in the NTT INDYCAR SERIES, with six Championships and 50 race wins on his resume, and with plenty of time left to keep building on his formidable legacy. A seventh Series Championship would tie Dixon with the legendary A.J. Foyt for the all-time lead in career titles, and two more race wins would put Dixon’s name alongside that of Mario Andretti for second place in career overall race wins. Only Foyt has more overall wins with 67. Among his many racing accomplishments Dixon was also the winner of the 2008 Indianapolis 500.

The helmet comes a Certificate Of Authenticity.