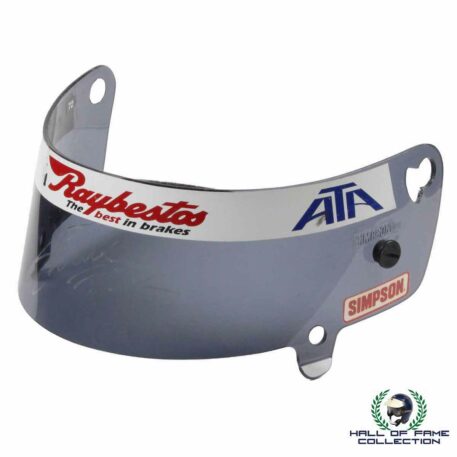 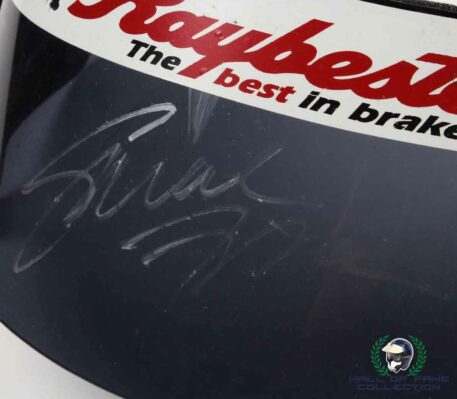 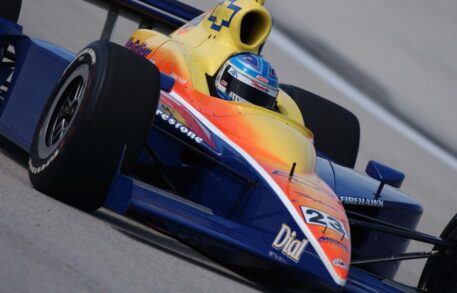 Sarah Fisher was one of the most popular drivers in IndyCar history. She debuted in the series in 1999 at 18 years old in a Team Pelfrey car at Texas Motor Speedway. In 2000, she scored her first podium (at Kentucky) driving for Derrick Walker’s team.

Fisher became the first woman to win an IndyCar pole in 2002 when she was the top qualifier at Kentucky Speedway. Later in her career, she owned her own team, with Ed Carpenter and Josef Newgarden driving. Newgarden spent his first two IndyCar seasons with Sarah Fisher Hartman Racing.

This signed, race-used visor from her 2003 season with Dreyer & Reinbold Racing comes with the Certificate of Authenticity.