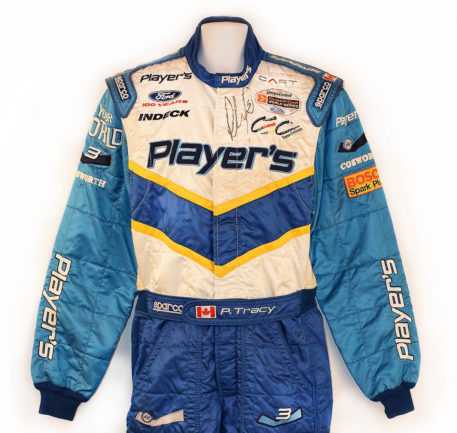 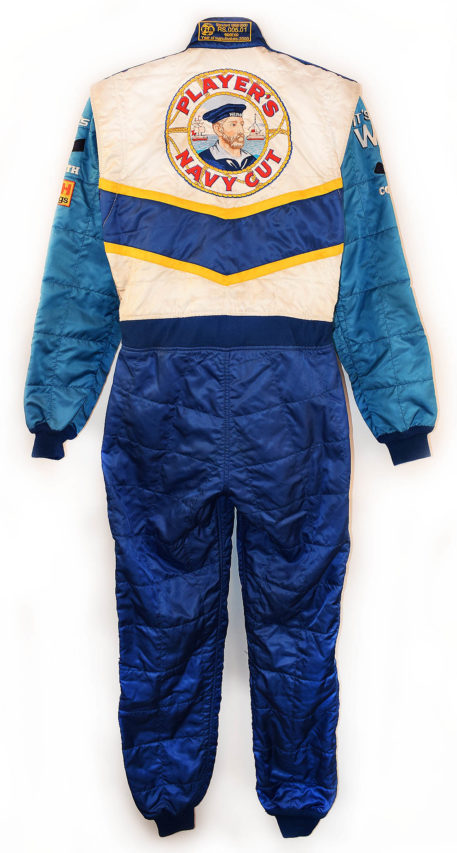 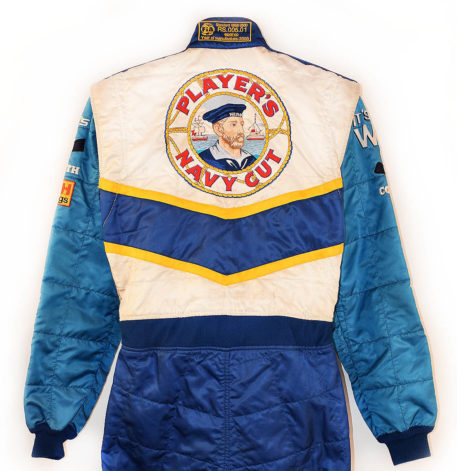 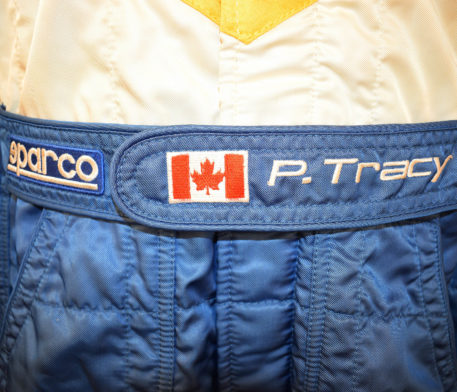 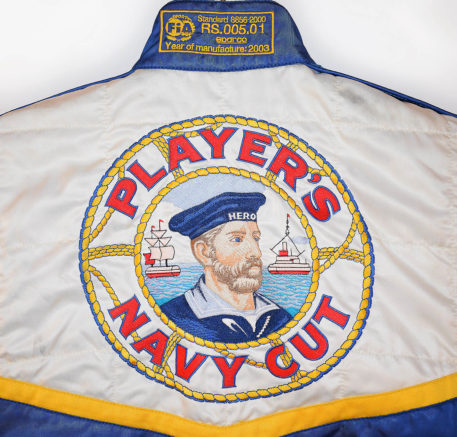 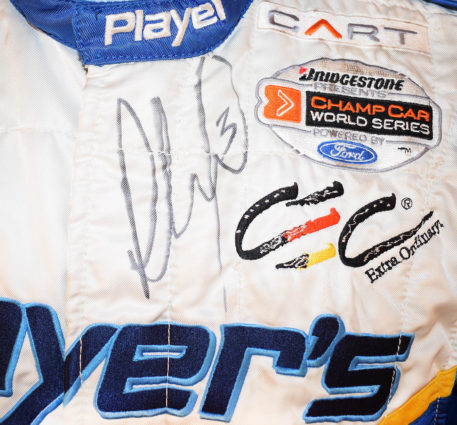 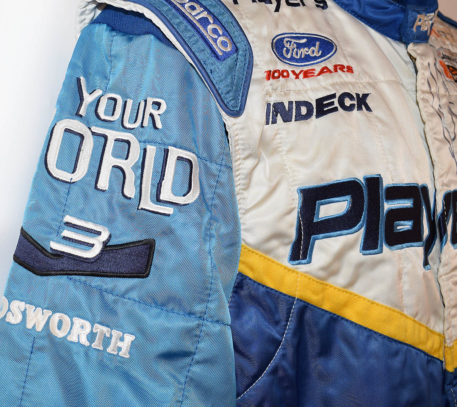 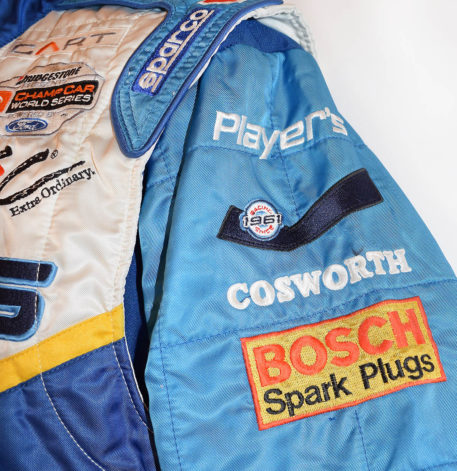 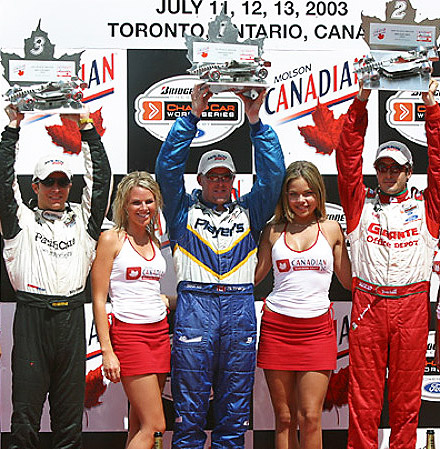 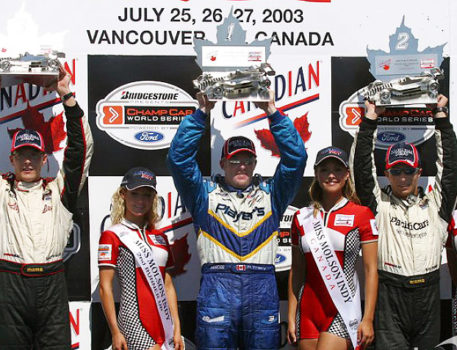 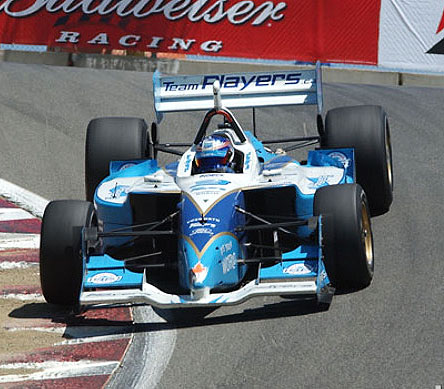 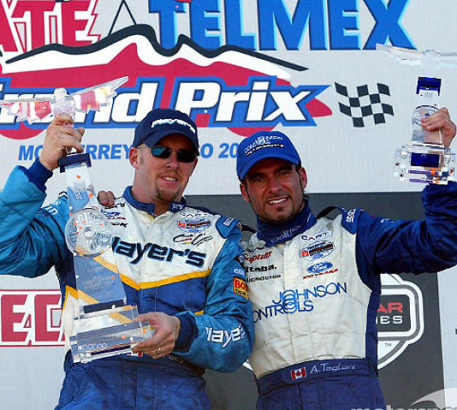 This suit is from the 2003 season, arguably Tracy’s finest year in open wheel racing. This is the season in which Tracy, driving a Lola Ford B02/00 for the Player’s Forsythe Racing team, amassed seven wins, two seconds and a third place and went on to capture the Champ Car World Series Championship.

This suit matches up to the ones used during the weekend of the second round of the Championship at Monterrey, as well as the Canadian’s rounds at Toronto and Vancouver. When race day rolled around Tracy would go on to take victory in all 3 events.

The Sparco double blue, white and gold suit displays the full Players Tobacco sponsorship logo embroidered with the Players name on the chest and arms and the Navy Cut logo on the back, as well as many other embroidered Forsythe suppliers’ logos. This is a truly stunning suit and a must have for the serious collector.

It has been personally signed by Paul Tracy and comes with a Certificate Of Authenticity.