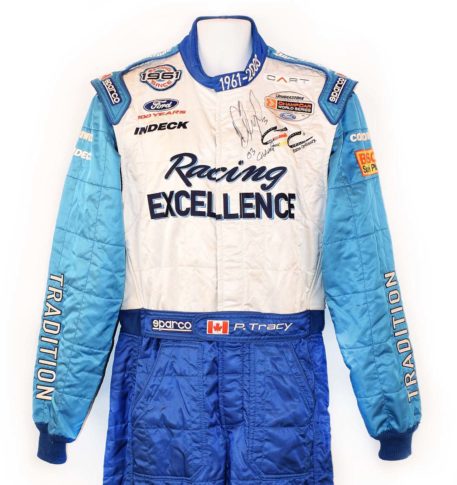 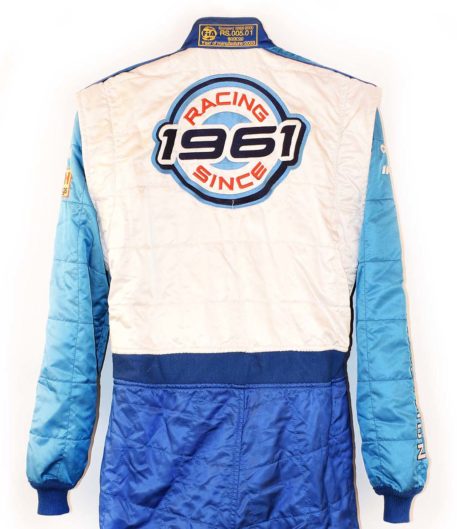 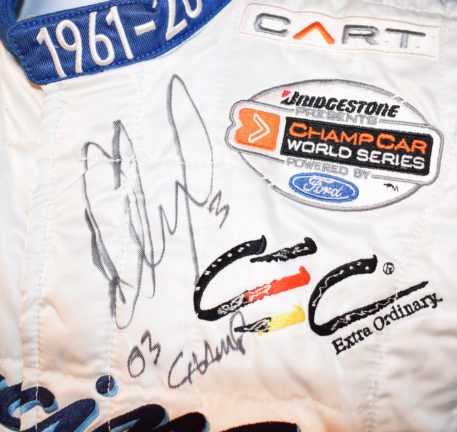 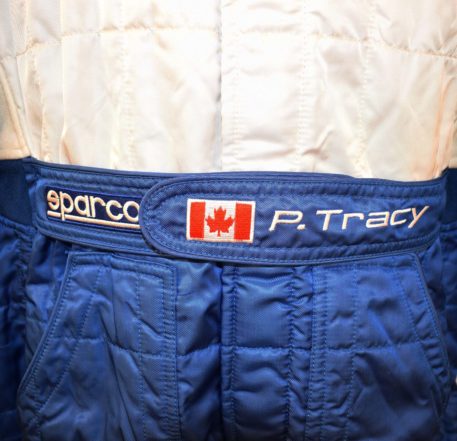 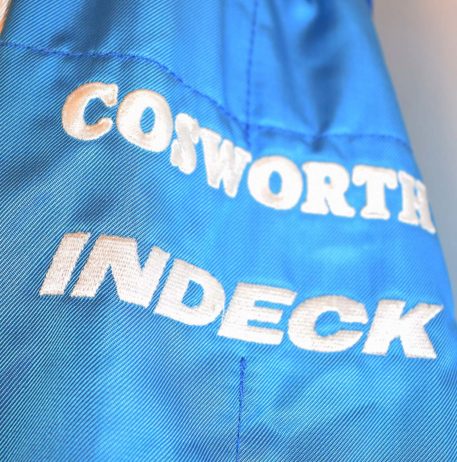 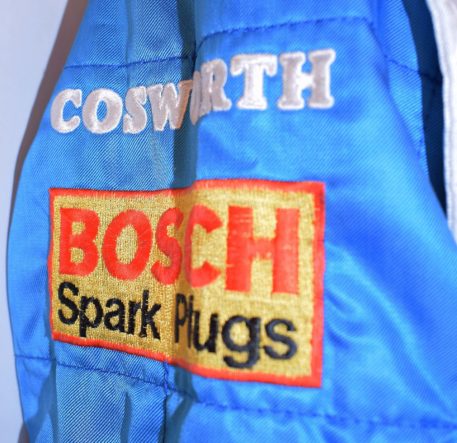 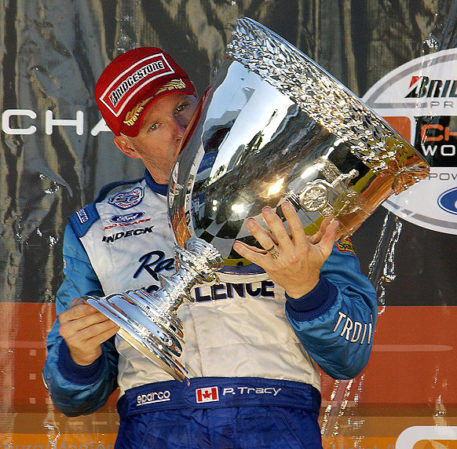 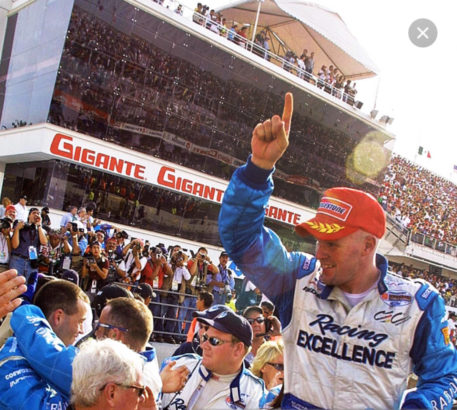 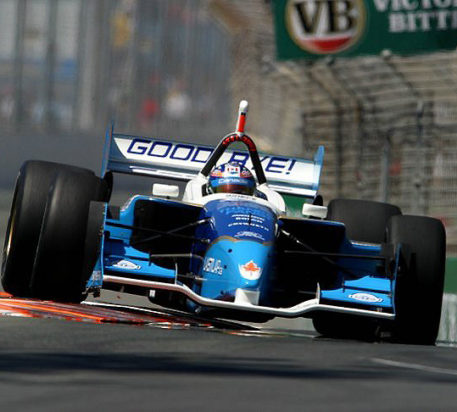 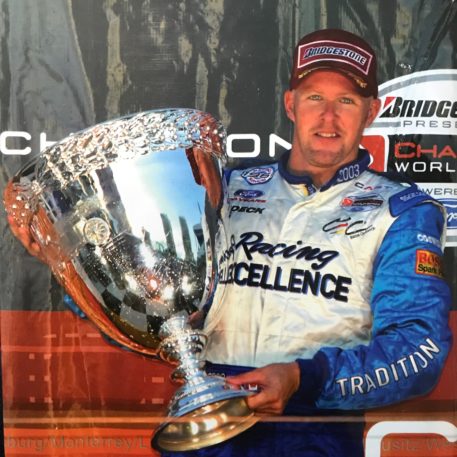 Tracy made an off-season move to the Player’s Forsythe team for the 2003 season and won the first three races of a season, scoring victories in St. Petersburg, Monterrey, and Long Beach. His other season victories came at his home country tracks in Toronto and Vancouver, followed by two more wins at Mid-Ohio, and Mexico City. Tracy earned six poles, and ten podiums on the way to his first Champ Car Championship.

This Sparco suit is in the usual light/dark blue and white Player’s Forsythe colors with the ‘Racing Excellence’ logo on the front and the ‘Racing Since 1961’ rounded logo on the back, along with Ford and Champ Car patches attached. What makes this suit truly rare is the fact that by season’s end the Tobacco Laws had kicked in meaning the team was not allowed to use the Team Players logo on the suits. The ‘Racing Excellence’ logo was used instead for the last 2 rounds, where Paul won the race in Mexico and clinched the championship in Australia. This is the Australia race suit as we have previously sold the Mexico winning suit.

With Paul’s great career now in the history books, this suit is likely his most iconic one as its been photo matched to post race celebrations with the Vandebilt Cup. The accompanying photo below is from the back of the 2003 Champ Car Autocourse book which is also included with the suit.

The suit is personally signed and dated by Paul Tracy and comes with a full Certificate Of Authenticity.