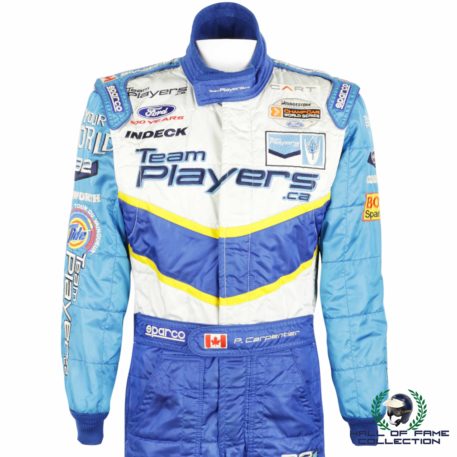 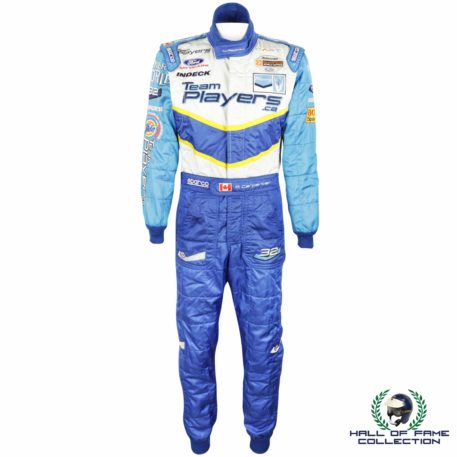 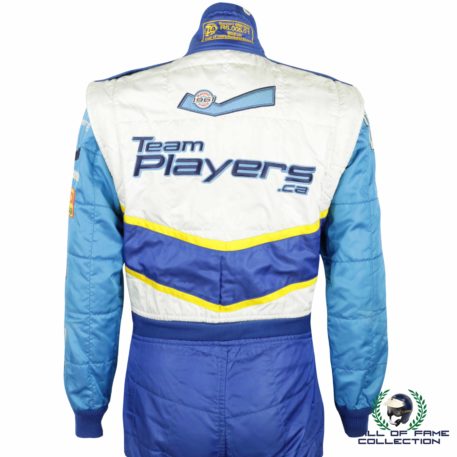 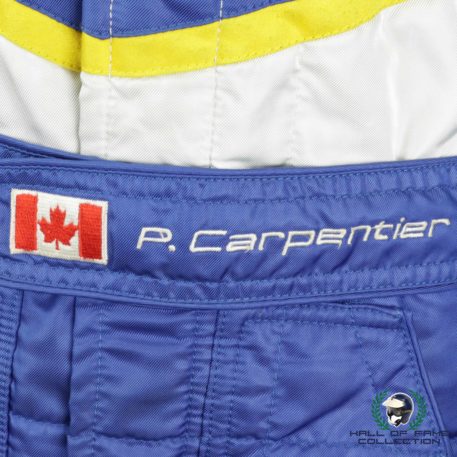 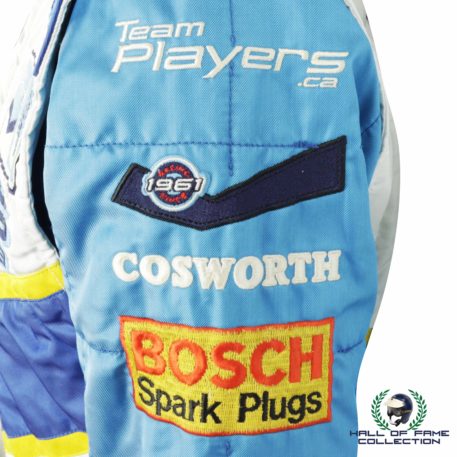 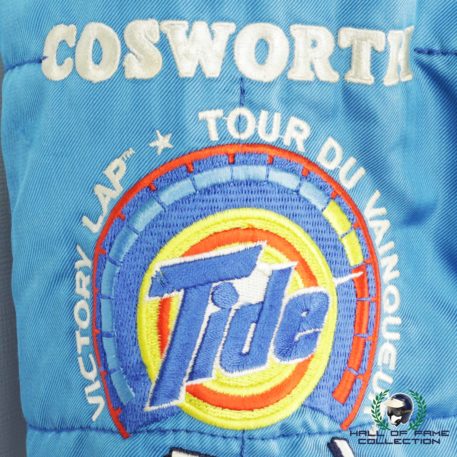 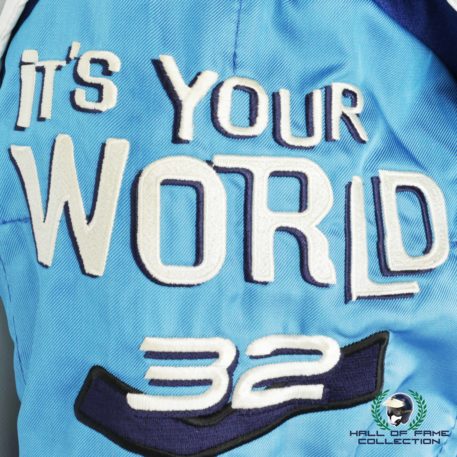 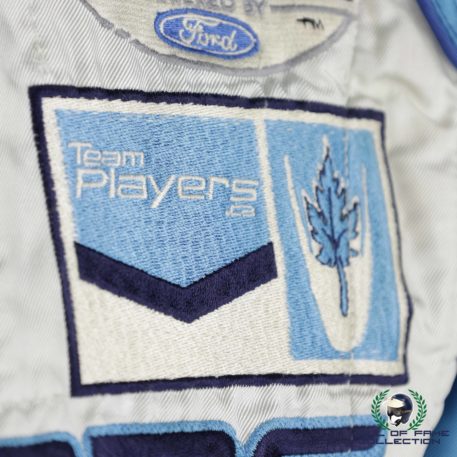 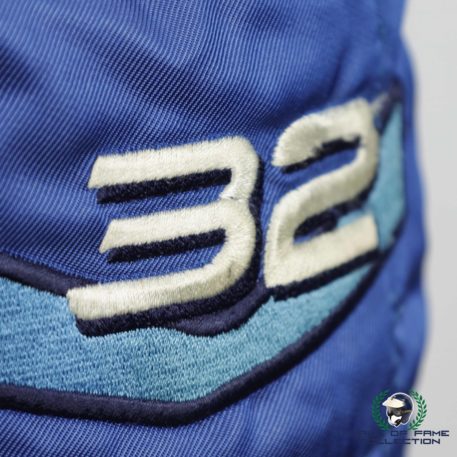 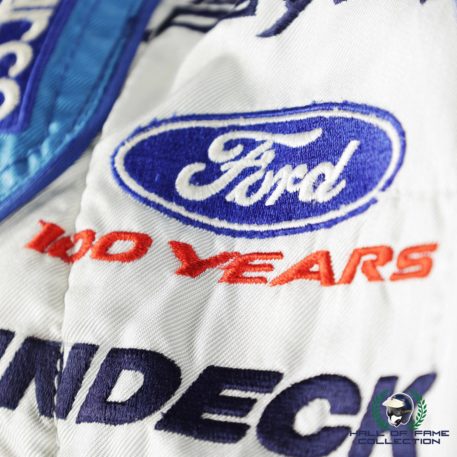 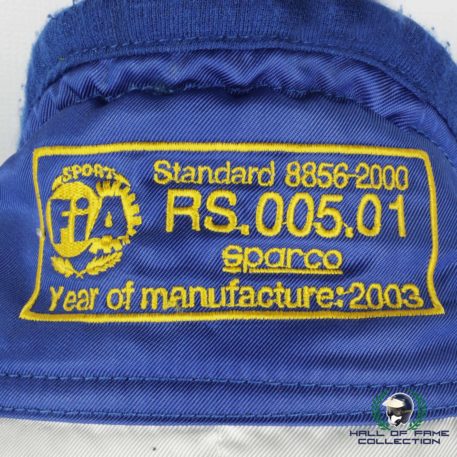 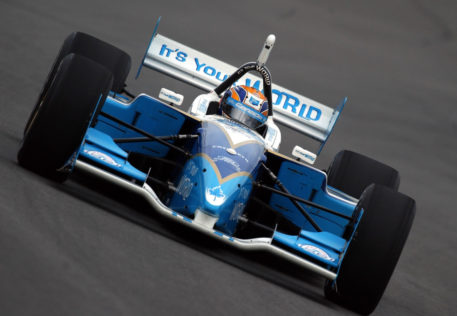 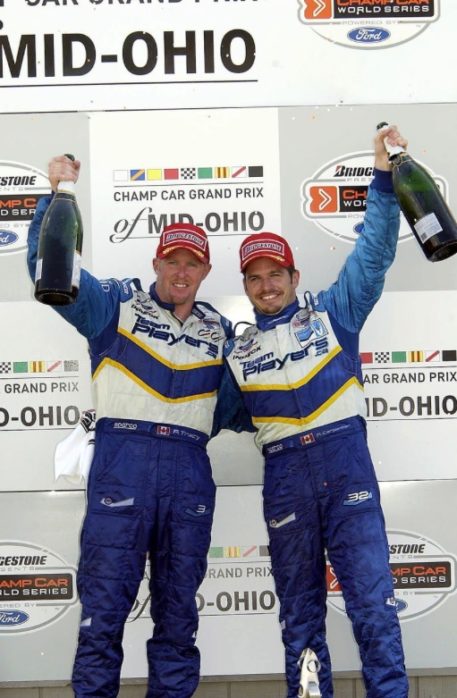 Sparco suit worn by Patrick Carpentier during the 2003 Champ Car season, a year in which the French Canadian would score 4 podiums and a race victory at Laguna Seca, with teammate Paul Tracy winning the Series Championship that season . Team Players suits are very hard to come by, so don’t hesitate to grab this one while it’s still in stock.

Patrick Carpentier will be remembered as one of the more versatile drivers of his generation.

Whether it was winning five Champ Car races, racing in the Indy Racing League, spending the better part of a season in NASCAR’s Cup Series, making starts in Xfinity and the Camping World Truck Series, running in A1 GP or finishing second overall in the Rolex 24 at Daytona in 2007, the Quebec-born driver has more than proven his versatility as a driver.

Carpentier’s podium finish in the season-opening Grand Am race at Daytona was in a Pontiac/Riley for Peter Baron. Driving alongside Darren Manning, Ryan Dalziel and Milka Duno, Carpentier would finish second to the Chip Ganassi Racing entry piloted by Scott Pruett, Salvador Doran and Juan Pablo Montoya.