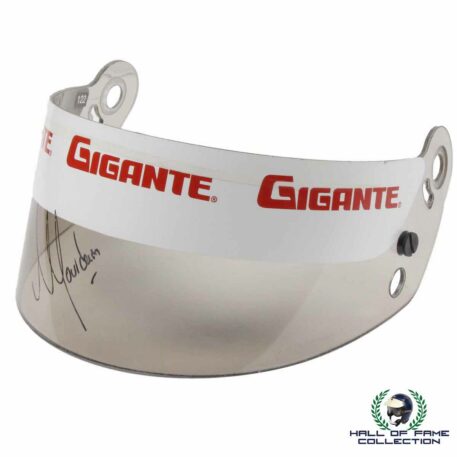 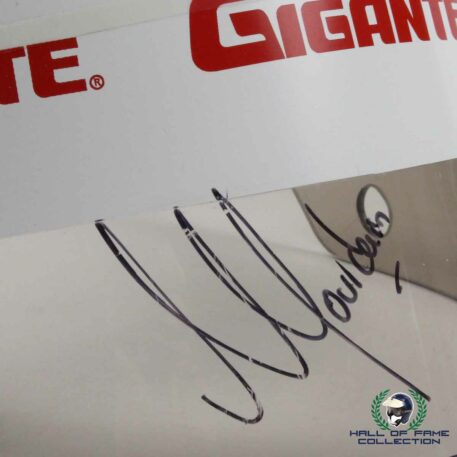 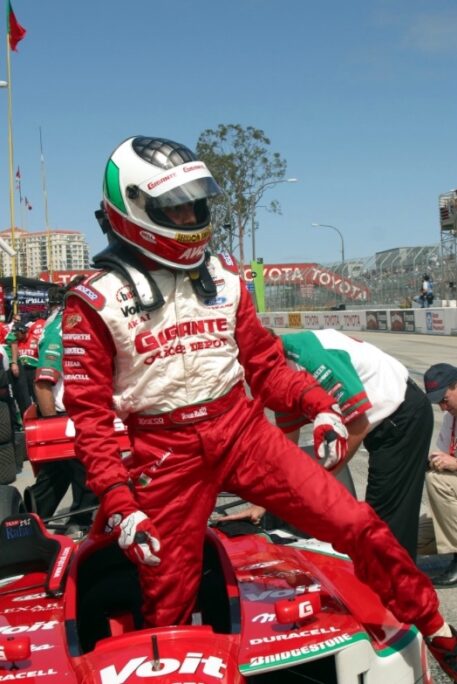 Michel Jourdain Jr. won his only two CART races in 2003, the season he used this signed visor. He won at the Milwaukee Mile and on the Montreal road course for Team Rahal.

Jourdain’s career ran through 1997 before making a comeback in the 2012 Indianapolis 500, where he qualified 22nd.