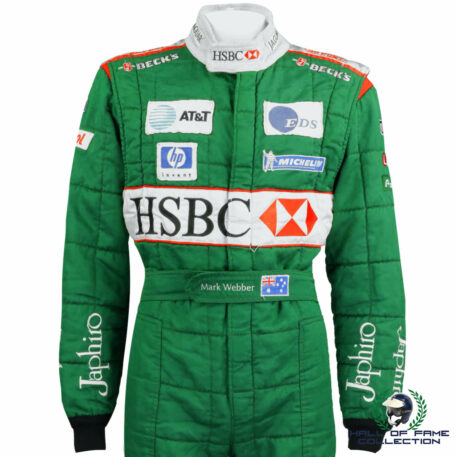 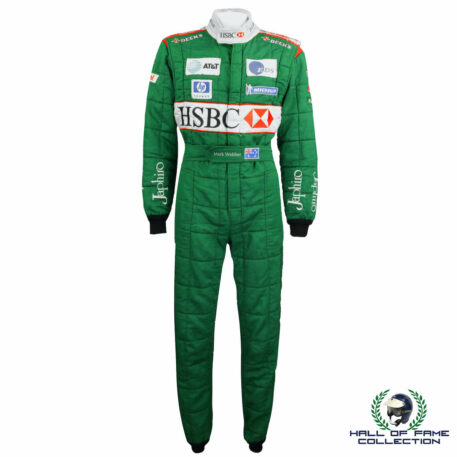 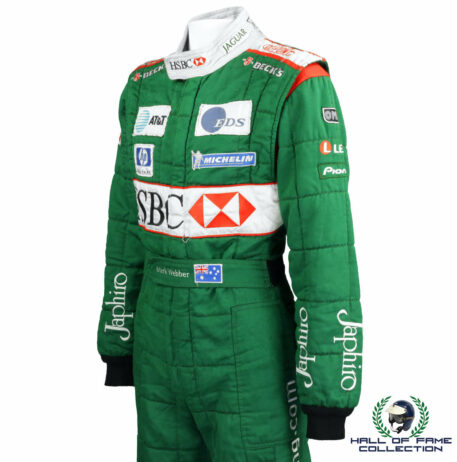 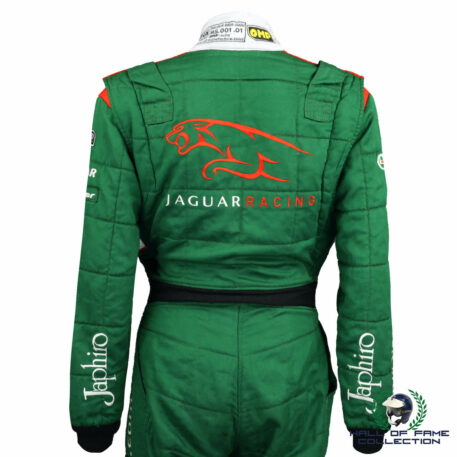 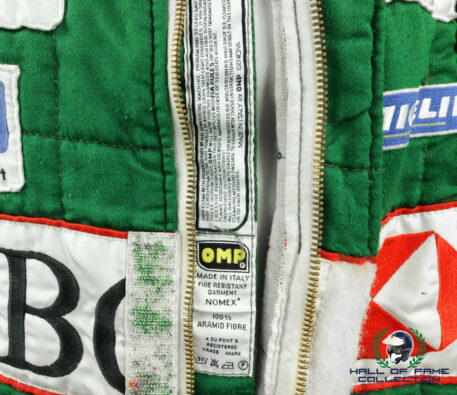 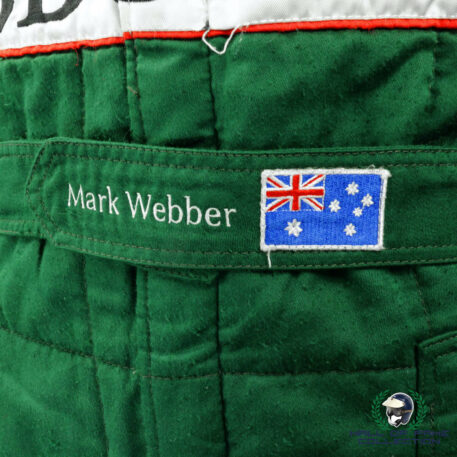 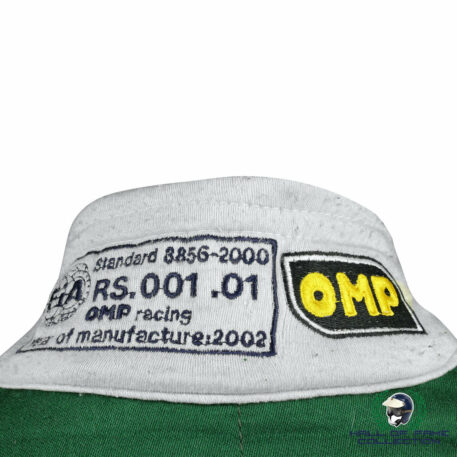 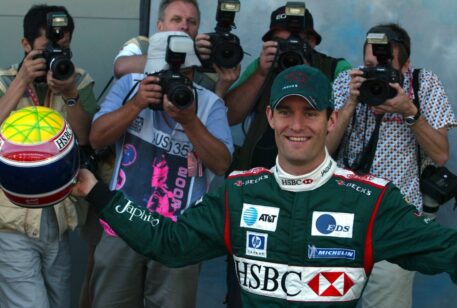 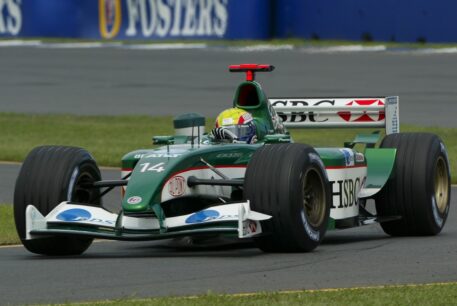 Race-used OMP suit worn by Mark Webber during the 2003 Formula 1 season while driving for the Jaguar Racing F1 Team.

Webber competed in Formula One from 2002 to 2013 and the FIA World Endurance Championship (WEC) between 2014 and 2016. He was the Champion of the 2015 FIA WEC series for Porsche with co-drivers Timo Bernhard and Brendon Hartley.

Late into the 2002 F1 season both Toyota and Jaguar had shown interest in Webber, but he would join Jaguar Racing in November 2002, replacing the aging Eddie Irvine. Webber was unprepared for what was in store for him as his Jaguar R4 car had a highly unreliable Cosworth V10 engine and rapidly wearing rear tires. At the 2003 season’s third round, the Brazilian Grand Prix, he qualified a season-high third but crashed after losing grip while driving through water to cool his tires late in the rain-soaked race. Despite these setbacks Webber was able to score points seven times in 2003, with his best finishes being three 6th-places, good for 10th in the Drivers’ Championship with 17 points.