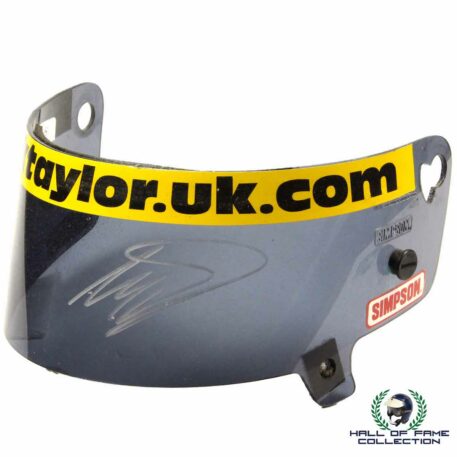 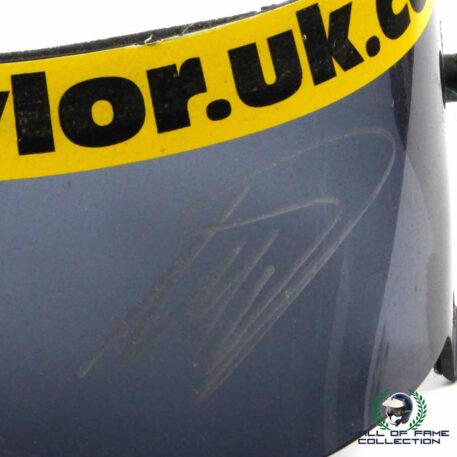 Mark Taylor posted one of the most successful Indy Lights seasons on record, winning the 2003 championship with seven race wins. He moved up to IndyCar in 2004 with Panther Racing, a season which proved to be his only one in the series.

This signed visor used in the title-winning Indy Lights season comes with a Certificate of Authenticity.