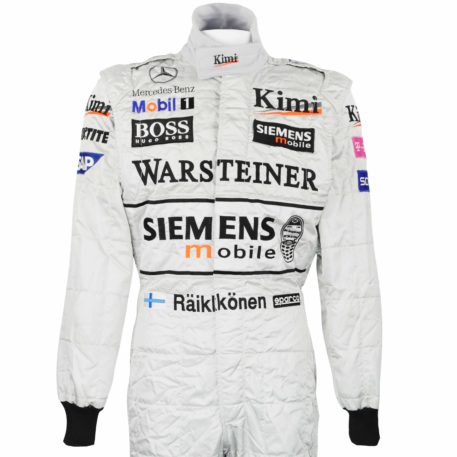 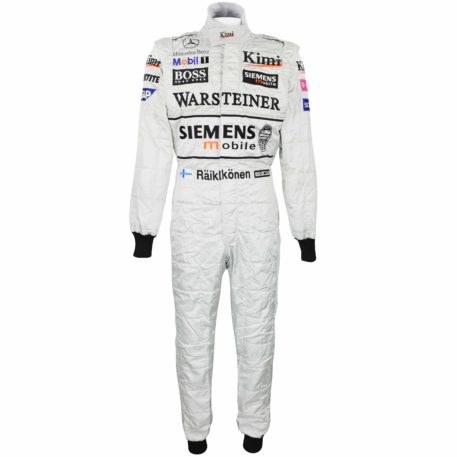 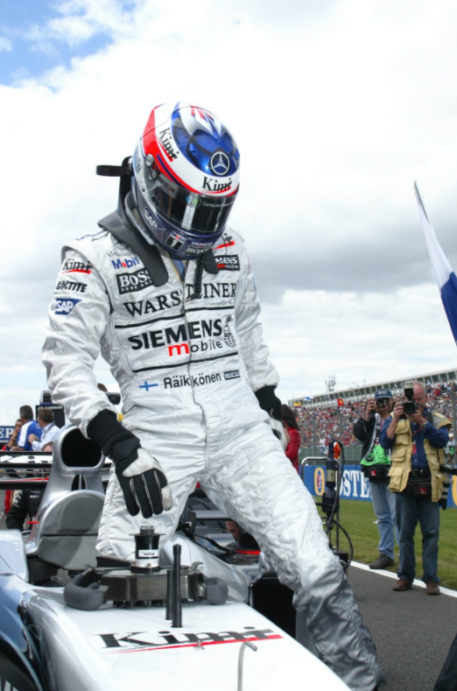 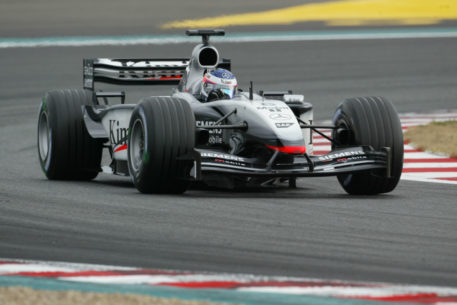 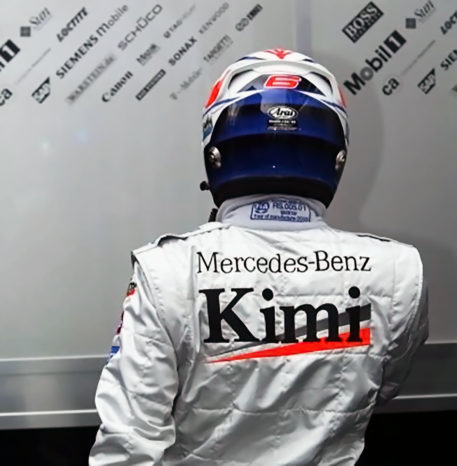 This distinctive Kimi Räikkönen McLaren Mercedes suit was worn by the Finnish driver in his breakout second season with the team in 2003. It was in this season that a young Räikkönen would make a big impact on Formula One, winning his first championship race at the Malaysian Grand Prix and then capturing nine other podiums, taking overall second in the Driver’s World Championship and establishing himself as a champion-in-waiting. The Sparco suit was worn at non-tobacco advertising events as the team’s major sponsor, West Cigarettes, branding logos were omitted from the suit and replaced with the driver’s name.

The Mercedes silver suit has two thin black bands running around the front of the torso within which sponsor Siemens Mobile branding lettering and phone logos are found. Above this is associate sponsor Warsteiner branding lettering. On the left chest, arms, neck and back of the suit is the aforementioned ‘Kimi’ West replacement lettering. Branding logos from various other sponsors/suppliers decorate the chest and arms, which include Hugo Boss, Mobil 1, T-Mobile, and of course Mercedes-Benz. Räikkönen’s name and Finnish national flag are embroidered onto the waist belt.

This eye-catching suit, worn by the very popular 2007 World Champion ‘Iceman’ Räikkönen, would make a great addition to any Formula 1 collection.