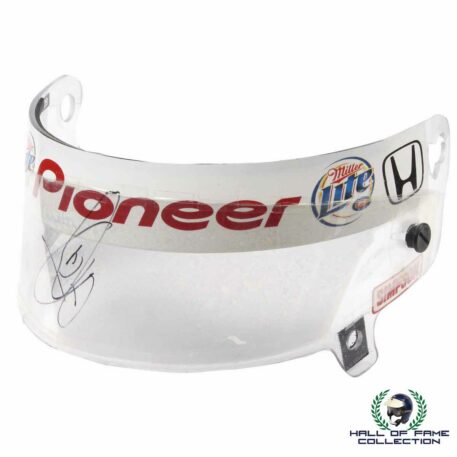 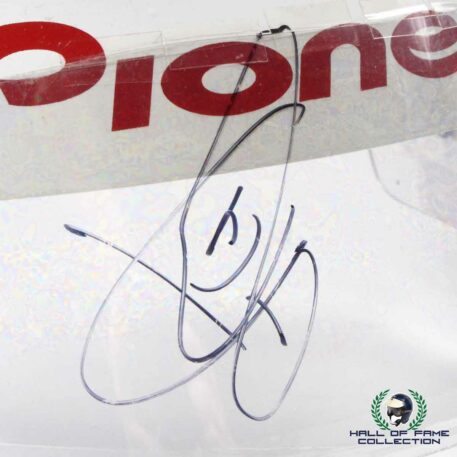 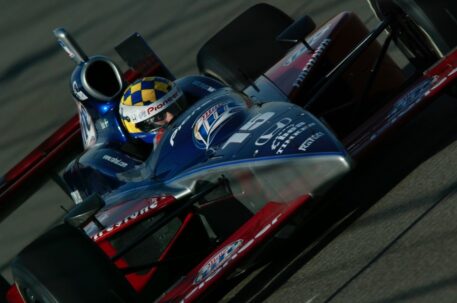 Sweden’s Kenny Brack is one of the least-known IndyCar champions, having won the Indy Racing League title in 1998 before winning the Indianapolis 500 the next year.

Brack won nine races in his career: four in the IRL, five in Champ Car. He also gave A.J. Foyt his fifth — and still most recent — Indianapolis 500 victory.

This signed visor from Brack’s 2003 season with Team Rahal comes with a Certificate of Authenticity.