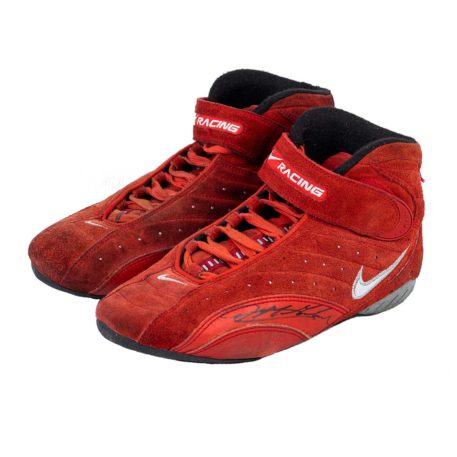 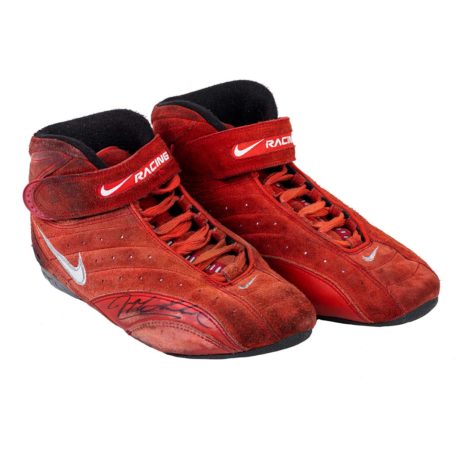 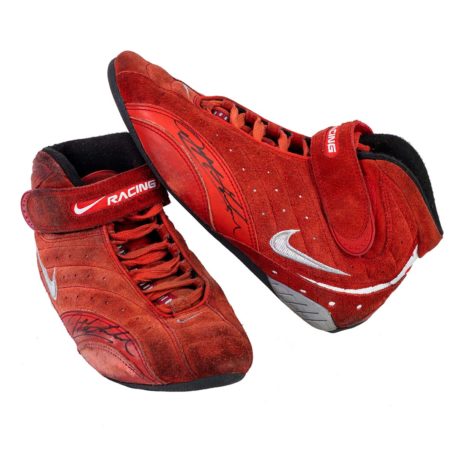 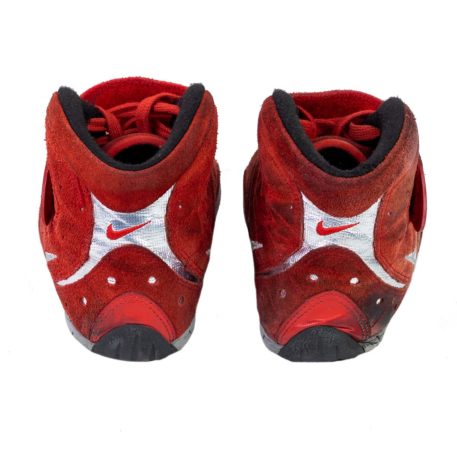 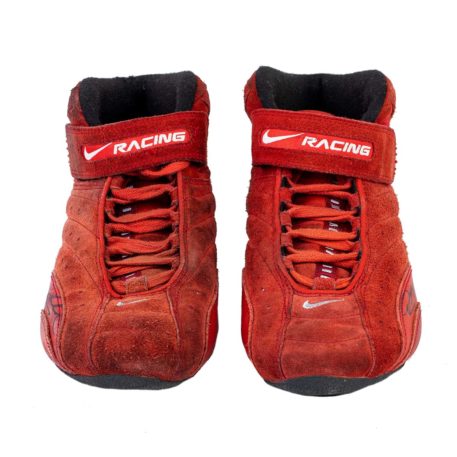 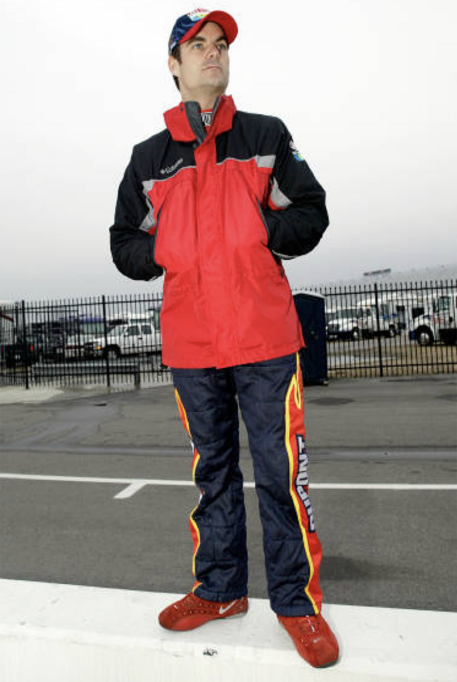 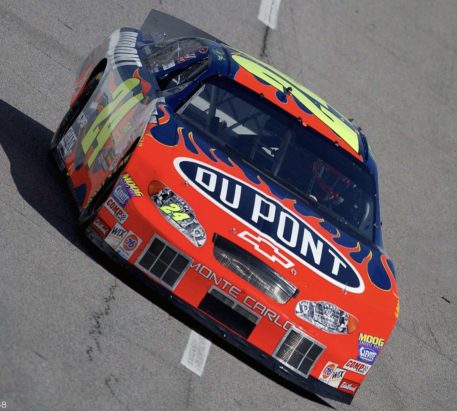 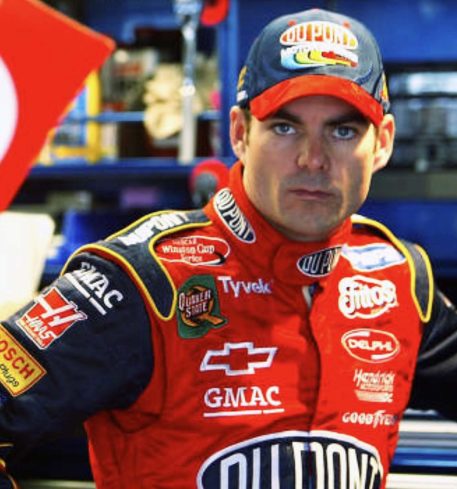 Pair of Nike Racing boots worn by none other than NASCAR racing superstar Jeff Gordon. The legendary four-time Winston Cup Series Champion used the boots during his Winston Cup campaign in 2003. With the amount of wear & tear on the boots, we would presume that they were used at more than one event. Gordon, driving for the Hendrick Motorsports Team, had three wins and several top-five finishes  and would eventually finish in 4th place in the final season standings.

The all-red suede boots have embroidered Nike logos in silver and silver back panels, with three lines of silver dots on all sides of the boots. Under these is an inserted leather strip on which Gordon has personally signed both boots on their outsides. Nike Racing branding logos are present on both Velcro fastening straps as well.

Jeff Gordon’s race-used items very rarely come onto the collectors market, so this is a great opportunity to add these fantastic boots to your collection.