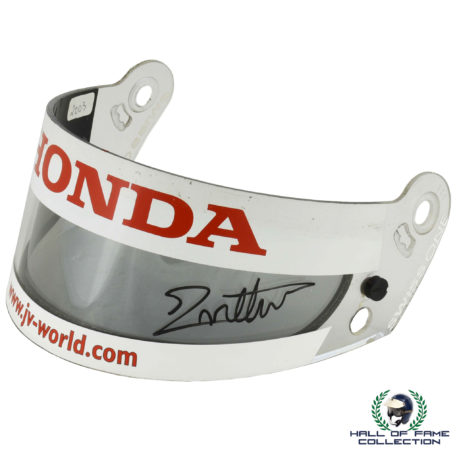 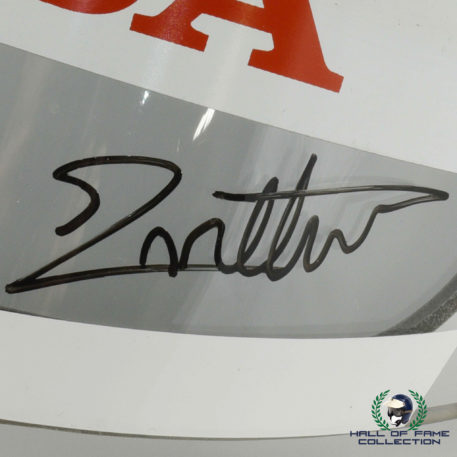 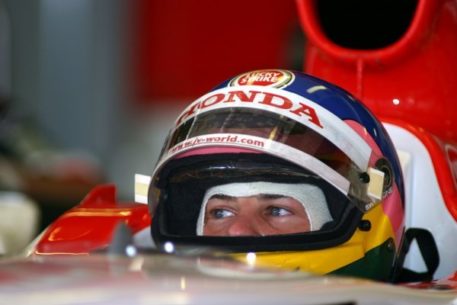 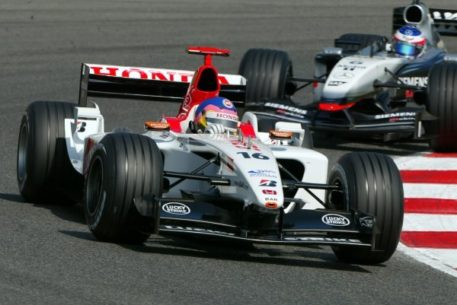 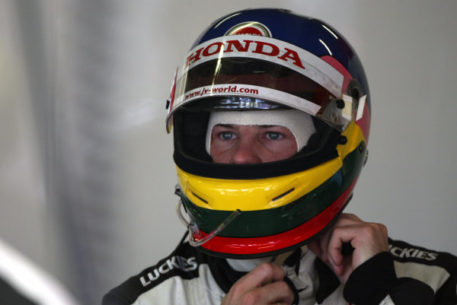 This visor was used by Jacques Villeneuve during the 2003 F1 season while he was driving for the Lucky Strike BAR Honda team. This would be his last season with the BAR team, before joining the Mild Seven Renault F1 team in 2004. Previously Villeneuve was the PPG IndyCar World Series Champion in 1995 while driving for Team Green before joining the F1 championship in 1996 with the Rothmans Williams Renault team.

This is great item from one of F1’s most outspoken racers. This race-used visor is a nice, easy to display, keepsake from the 1997 F1 World Champion.

The visor comes direclty from Jacques Villeneuve’s personal collection and is signed by him in black sharpie marker.