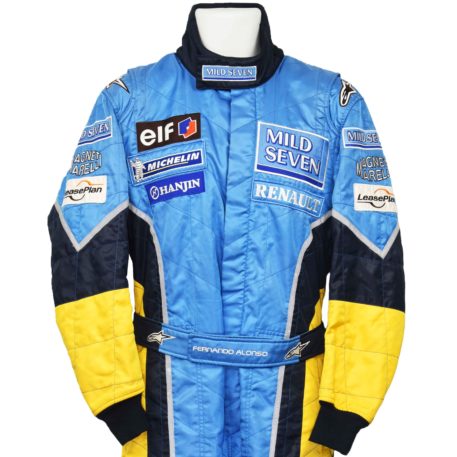 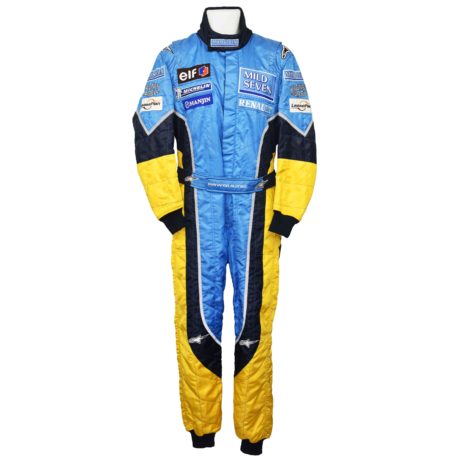 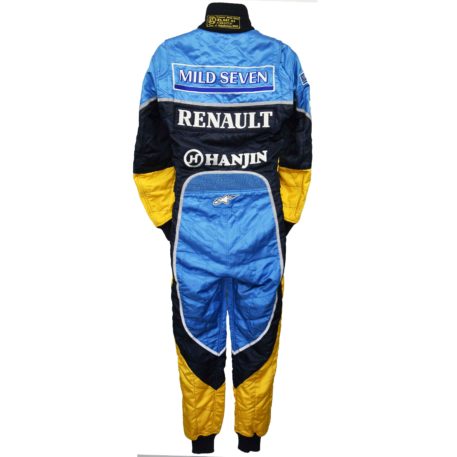 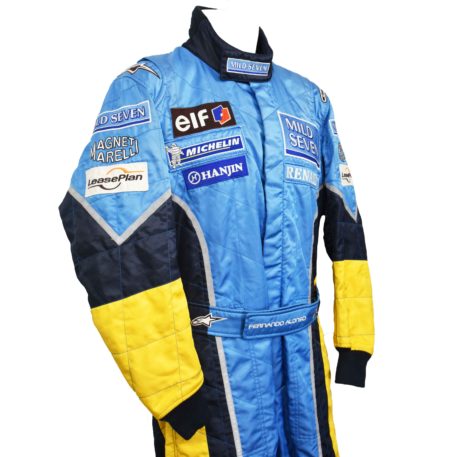 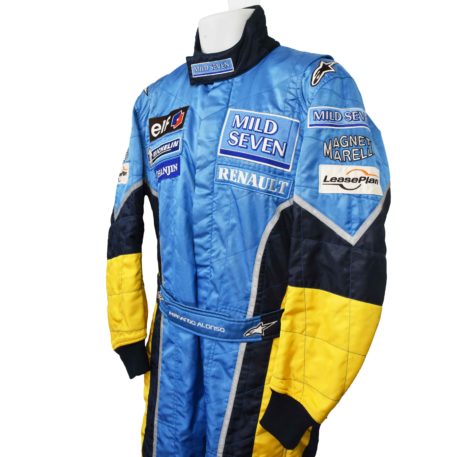 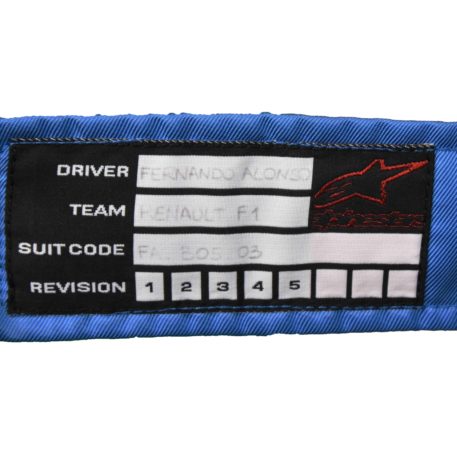 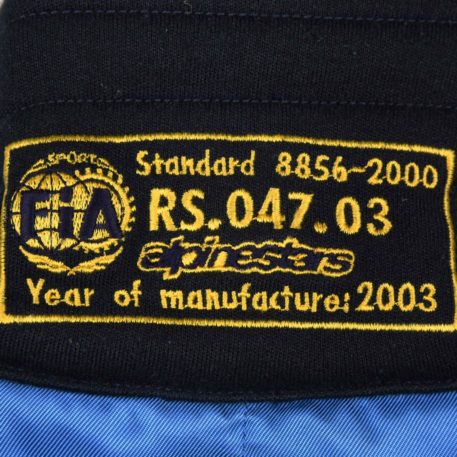 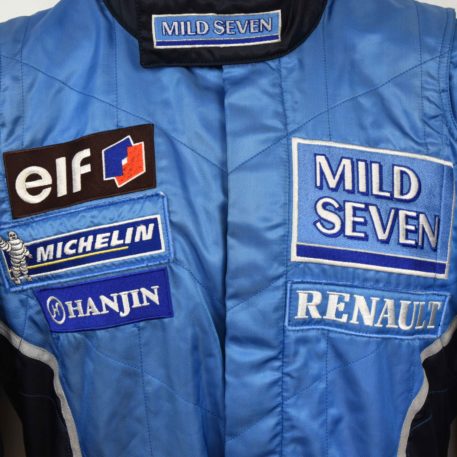 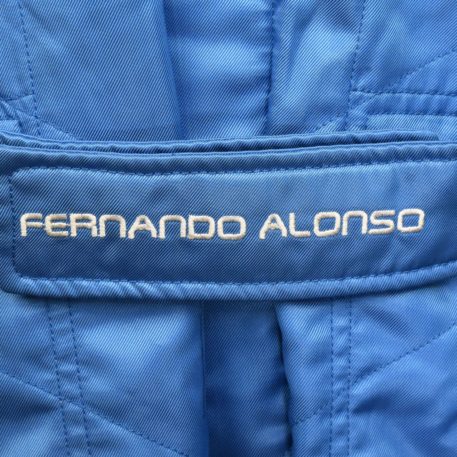 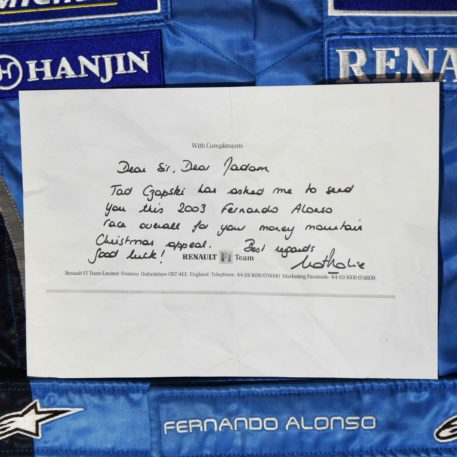 This stunning suit is from Fernando Alonso’s 2003 F1 campaign, the year where the future star really started to shine on the F1 stage. In only his second race of the season at the Malaysian Grand Prix the Spaniard scored his first pole and broke the record of youngest pole sitter in F1 history. He netted 4 podiums that season and one of those was his first F1 win at the Hungarian GP, this time breaking Bruce McLaren’s record for youngest race winner.

F1 took notice, a new star had arrived. Indeed Fernando went on to win two back to back titles in 2005 and 2006 with Renault, becoming a double World Champion.

This suit celebrates his first race season with Renault as in 2002 he served as the team’s test driver. This a great item from one of the most complete drivers in Motorsport history. we are looking forward to seeing him back with the Renault team for the 2021 season as Alonso writes his next chapter.