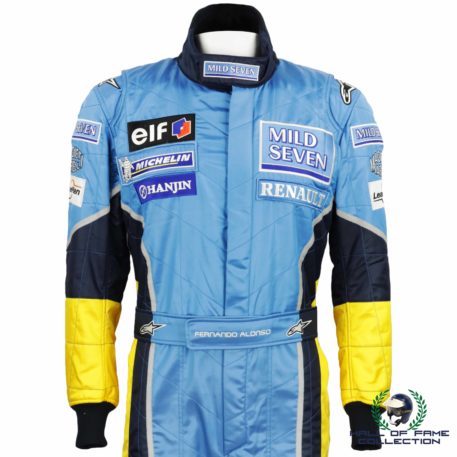 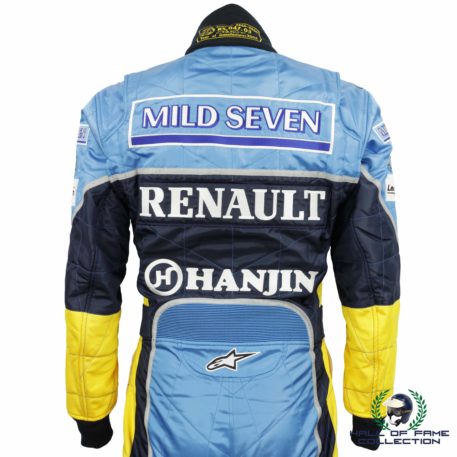 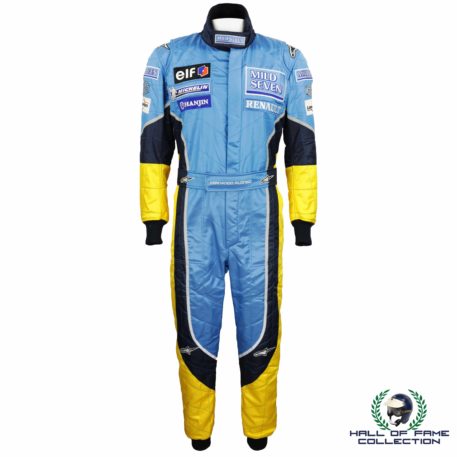 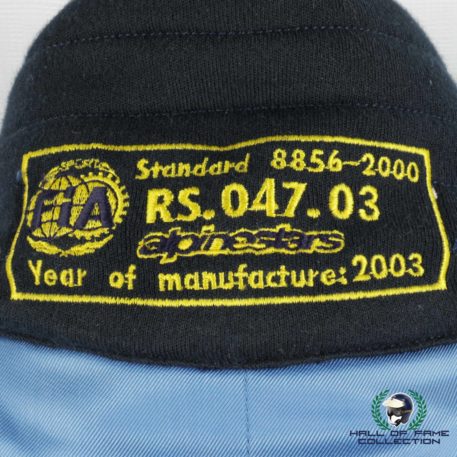 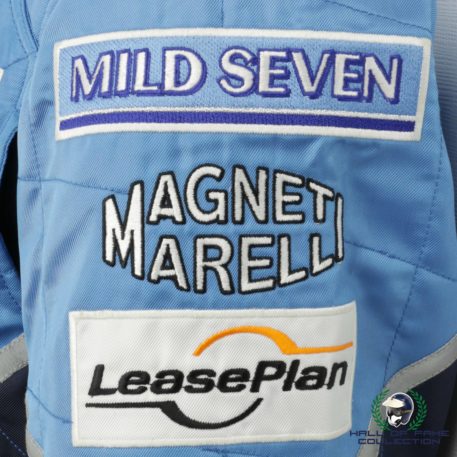 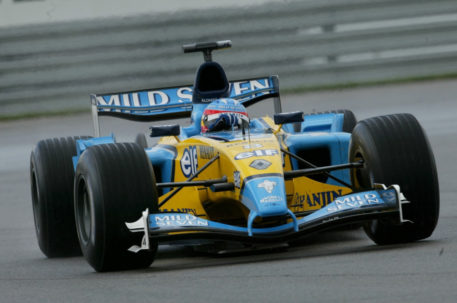 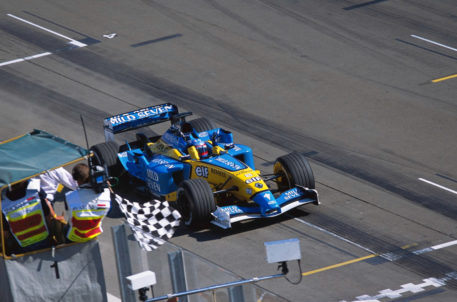 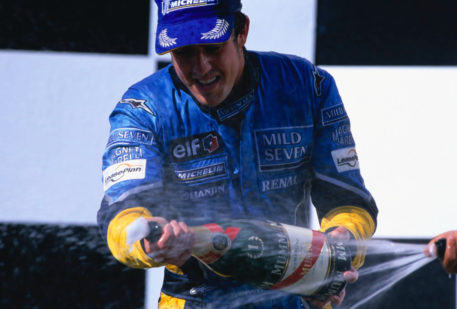 Race-used Alpinestars suit worn by Spaniard Fernando Alonso during the 2003 Formula 1 season while driving for the Mild Seven Renault team.

In 2002 Flavio Briatore hired Alonso to test drive and work with their engineering department. By 2003 he was promoted to race for the team. He went on to break the then records for youngest driver to win a pole position at the season’s second race, the Malaysian Grand Prix. Later that year at the Hungarian Grand Prix, he broke Bruce McLaren’s long standing record as the youngest Formula One race winner. He scored four podium finishes in 2003 and was sixth overall in the World Drivers’ Championship with 55 points.

Alonso is currently racing for Alpine in Formula One. He won the series’ World Drivers’ Championship in 2005 and 2006 with Renault, having also driven for McLaren, Ferrari and Minardi. With Toyota, Alonso would win the 24 Hours of Le Mans twice, in 2018 and 2019, and the FIA World Endurance Championship in 2018–19. In 2019, he would win the 24 Hours of Daytona with Wayne Taylor Racing.

A picture of a similar suit from his win in Hungary is shown below.