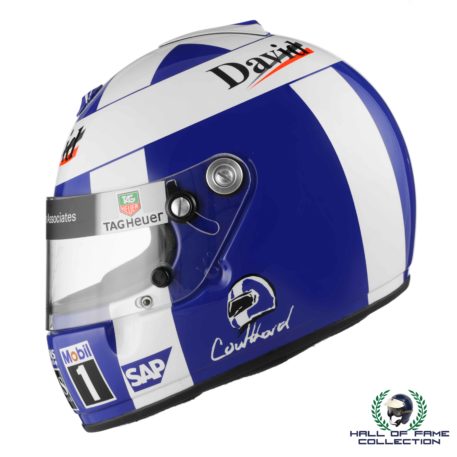 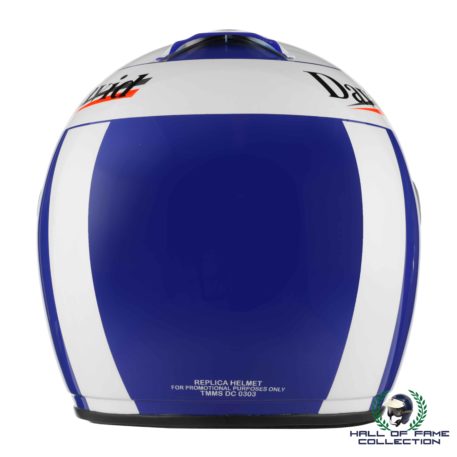 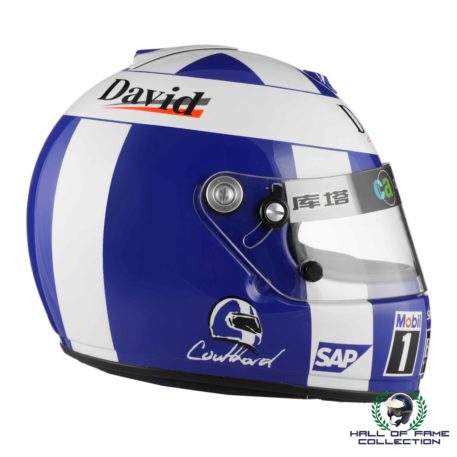 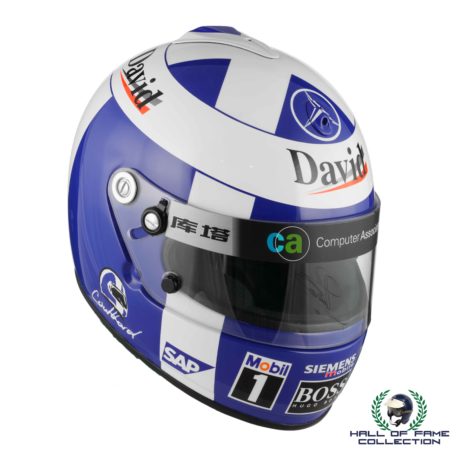 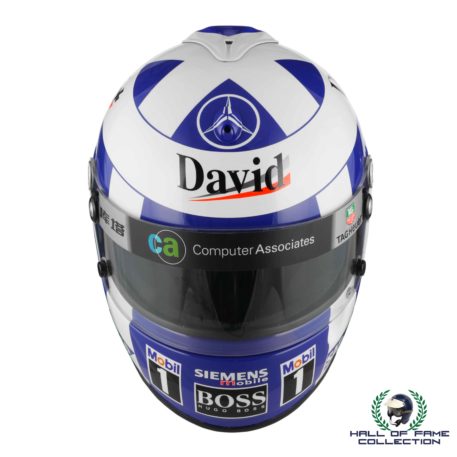 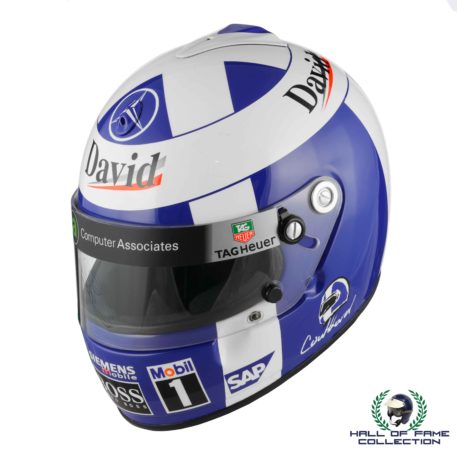 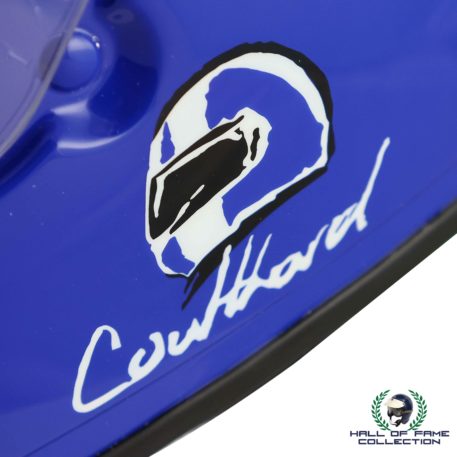 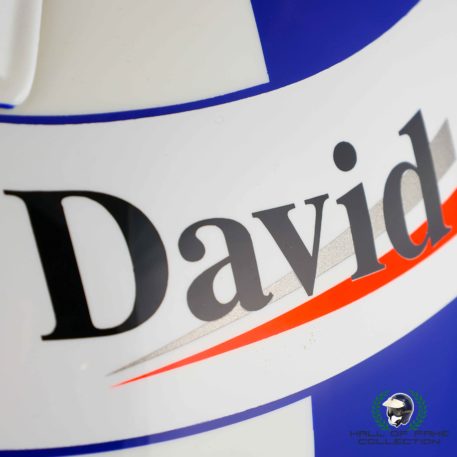 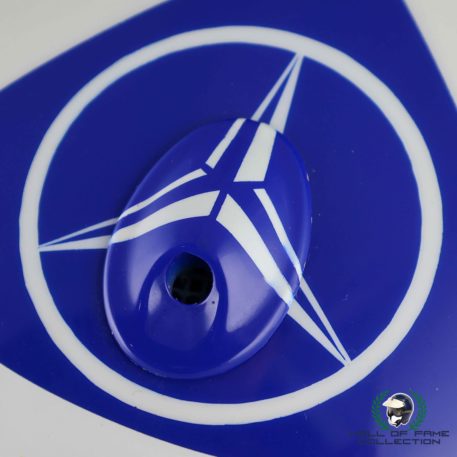 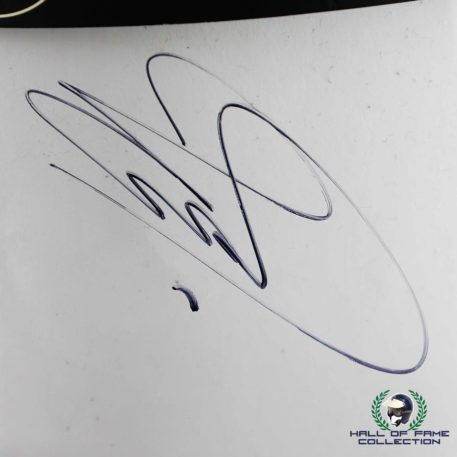 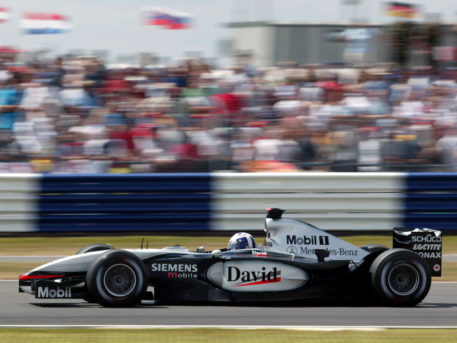 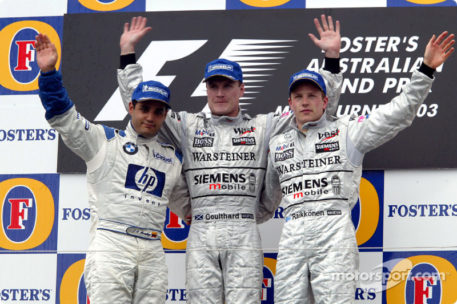 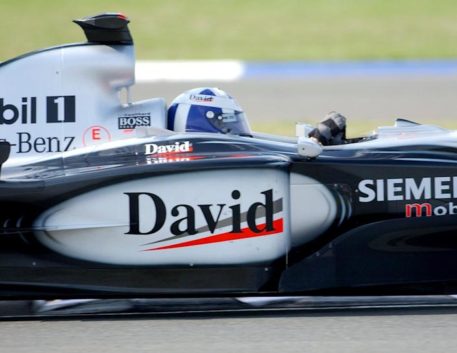 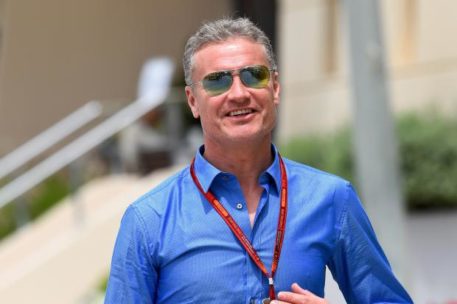 This David Coulthard helmet was produced by McLaren as an official promotional helmet for the 2003 Formula 1 season. His instantly recognizable design is based on the Saltire, the flag of Scotland, and makes for one of the nicest classic designs in recent F1 history.

David Coulthard competed for 15 seasons in F1 while driving for the Williams, McLaren and Red Bull teams. Coulthard’s success in F1 came largely from when was with McLaren. He drove in a total 246 Grand Prix races which saw him win 13 races in total, while scoring 62 podiums, 12 poles and 18 fastest laps along the way.  He never won a World Championship but came closest in 2001 finishing in 2nd behind Michael Schumacher in that year’s F1 Championship. He would also go on to finish 3rd in the Championship an impressive 4 times. His two wins in Monaco are definite highlights of his long career.

David Coulthard easily transitioned into his post F1 career as an F1 commentator, combining his inside knowledge of the sport and great sense of humour, not to mention the fact that he is equally well-respected by fans, drivers and team owners alike.

Don’t hesitate to add this official McLaren helmet to your collection at a fraction of cost of a race-used version.