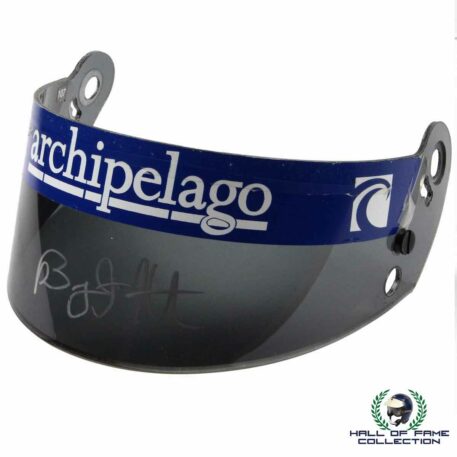 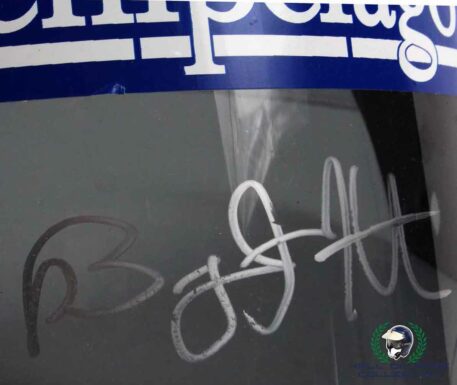 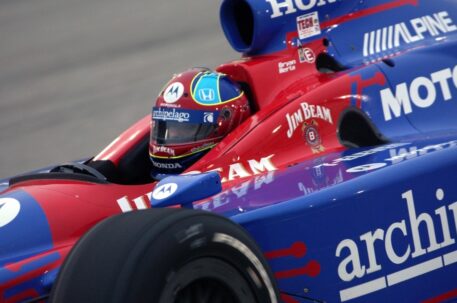 Long before Bryan Herta became the father of IndyCar’s brightest young star, he was an Indy Lights champion (1993) and a four-time IndyCar race winner (two in CART, two in the Indy Racing League).

Herta was at his best at Laguna Seca, where coincidentally he also was on the wrong end of Alex Zanardi’s remarkable 1996 pass through the famed Corkscrew. Herta won a pair of CART races at the Monterey track. In the IRL, he won at Kansas Speedway and Michigan International Speedway.

Herta also has experienced success in the Indianapolis 500, being the winning car owner (and strategist) for Dan Wheldon’s second win (2011) and Alexander Rossi’s first (2016).

This signed visor used by Herta in his 2003 season with Andretti Green Racing comes with a Certificate of Authenticity.